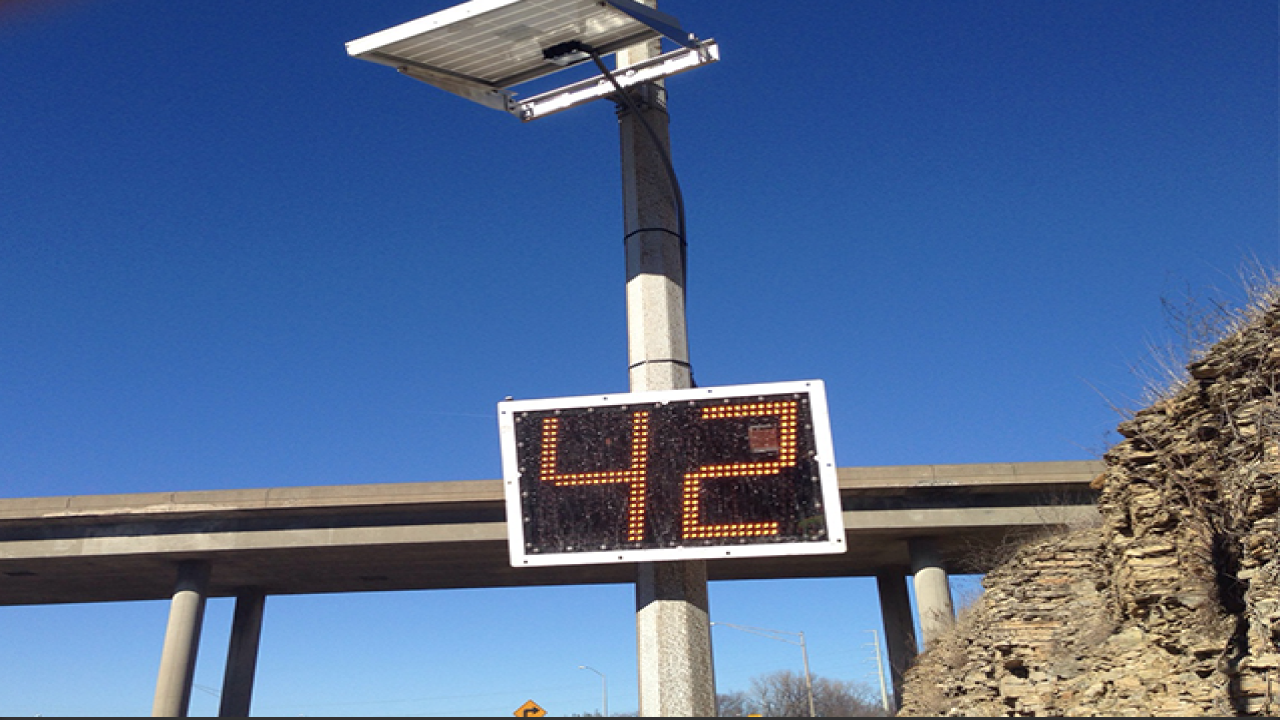 The I-70 & I-435 interchange near the Truman Sports Complex is one of the busiest in the metro and at times can be considered dangerous.

Every day more than a 10,000 drivers use the ramp, according to Missouri Department of Transportation (MODOT).

But early last November, investigators say the driver of a semi didn't slow down before taking the ramp's sharp curve. As a result, the rig overturned and killed the 23-year old driver, Qays Abdifarah.

Abdifarah was driving for Salasum Trucking LLC, a company in Omaha, Nebraska.

A representative with the trucking company said Abdifarah was from Somalia.

A few weeks after his death, a radar speed sign went up.

There's a new tool @MoDOT installed approaching the WB I-70 to SB I-435 ramp to help drivers slow down. pic.twitter.com/CKLSTNjdZo

"We installed that to add extra emphasis to driver," said Derek Olson, a District Traffic Engineer with MODOT.

"The radar signs are located where they will grab people's attention and cause them to slow down," Olson said.

Many of the vehicles seen approaching the curve and passing the sign were doing 40 mph and above.

.@MoDOT_KC installed the radar speed sign a few weeks after a speeding semi overturned at the ramp, the driver died. pic.twitter.com/kOH3Pswtjz

However, MODOT said it's too early to judge if the radar signs will work or not in the long term.

"It does take time to see the effects of it and so far we're very pleased with the results," Olson said.