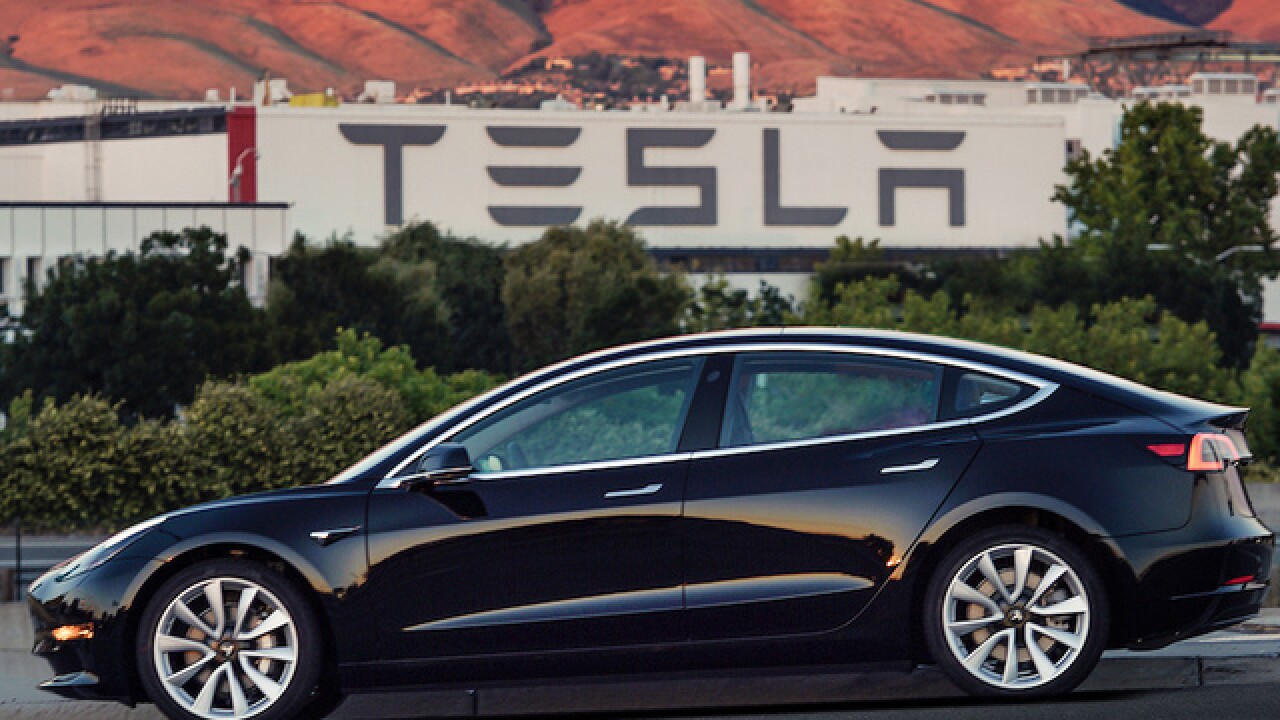 Copyright 2017 The Associated Press. All rights reserved.
<p>This undated image provided by Tesla Motors shows the Tesla Model 3 sedan. The electric car company’s newest vehicle, the Model 3, which set to go to its first 30 customers Friday, July 28, 2017, is half the cost of previous models. Its $35,000 starting price and 215-mile range could bring hundreds of thousands of customers into Tesla’s fold, taking it from a niche luxury brand to the mainstream.</p>

KANSAS CITY, Mo. – Keeping track of the businesses staying on the Country Club Plaza is proving to be easier than trying to keep up with the number of those coming and going.

Tesla, the electric car company with a store front off of Broadway and Ward Parkway, has filed plans to remodel a new space on the Plaza.

With the recent announced departures of Burberry and Eddie Bauer , the building on the northeast corner of Pennsylvania Avenue and Nichols Road could be looking for a new tenant.

According to city permitting records, Tesla filed plans on April 2 to redevelop a space at 450 Nichols Road.

A city planning official said a permit has been applied for, but that planners are still waiting on design plans.

A spokeswoman for the Plaza referred all questions to the company.

41 Action News reached out to Tesla, but a company representative wasn’t immediately available for comment.