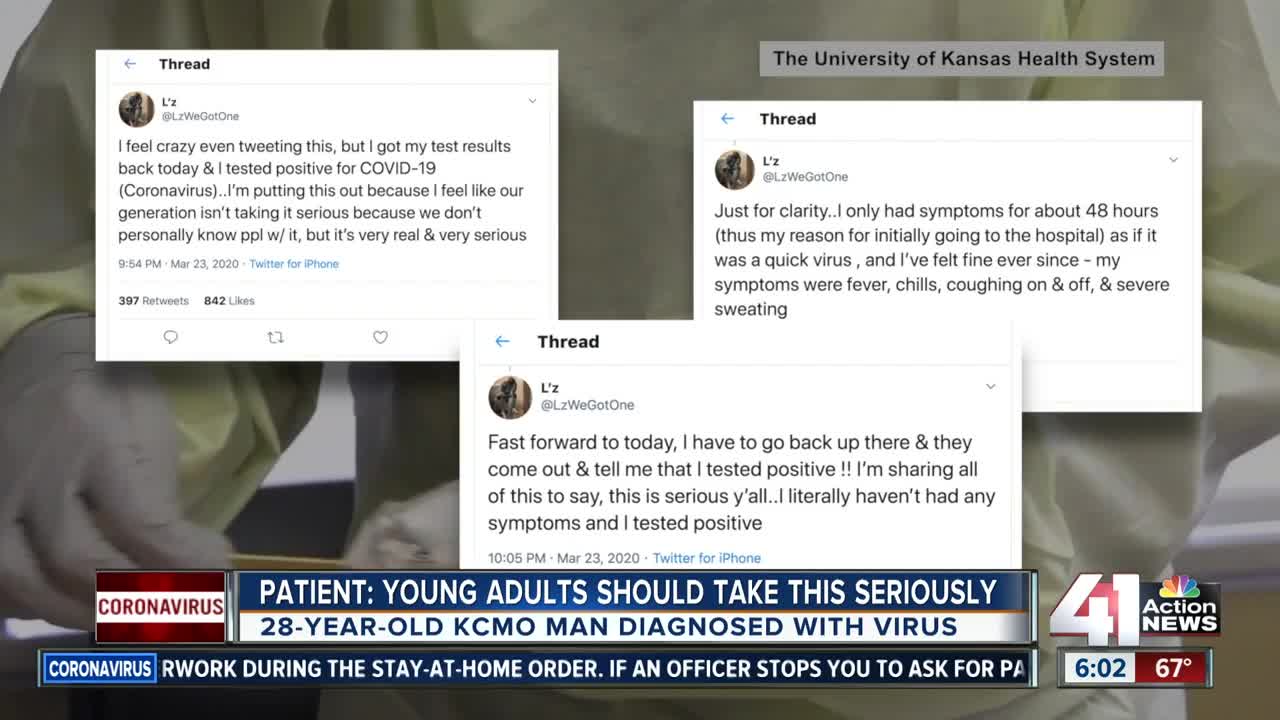 A 28 year-old Kansas City man tested positive for COVID-19. Lawrence Smith told 41 Action News he felt ill two weeks ago and assumed it was the flu, but after being tested for the flu, his results came back negative. 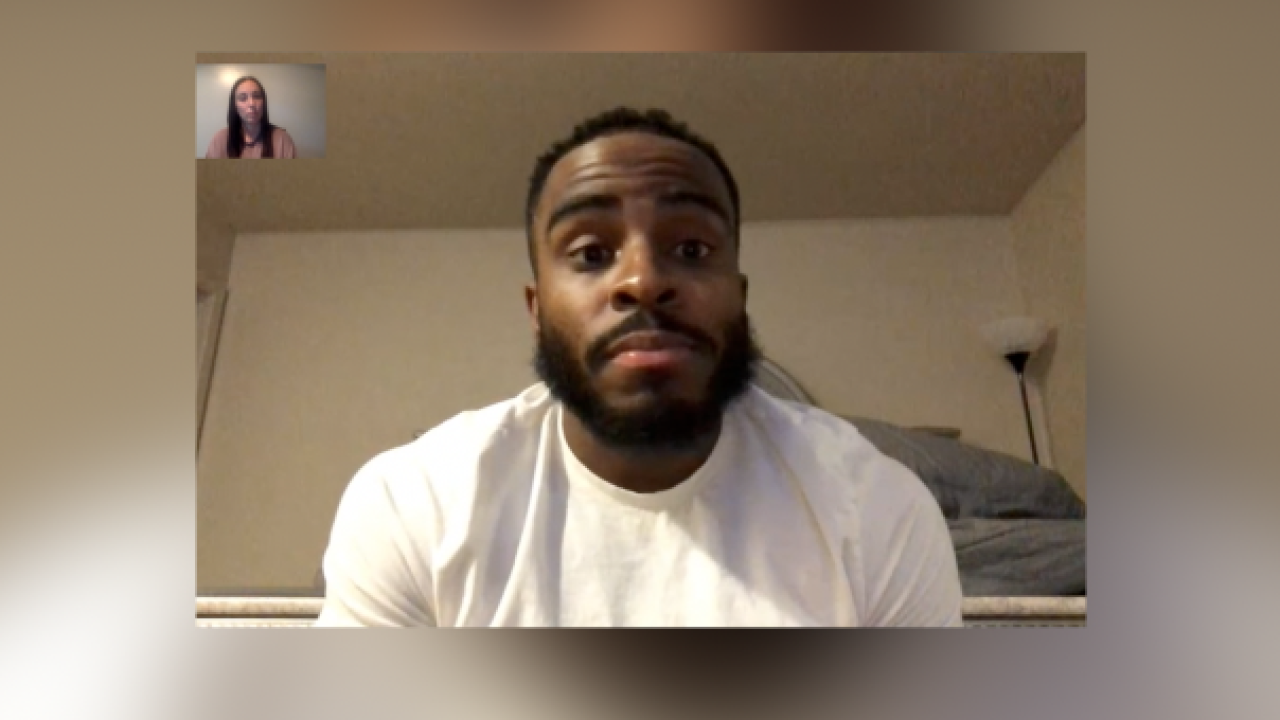 Lawrence Smith told 41 Action News he felt ill two weeks ago and assumed it was the flu, but after being tested for the flu, his results came back negative.

“I had a headache, I was sweating, I had the chills. I got up to turn the heat on, and then I started getting cold," Smith said. "I was sweating, I was uncontrollably, that went on for about two days and then I was like, I’m going to go to the hospital."

Smith said his symptoms lasted about 48 hours. Once he was feeling better, Smith hoped to return to work, only his employer required a note from his doctor stating that Smith was healthy and did not have COVID-19.

Smith told 41 Action News the University of Kansas Health Systems tested him for COVID-19, although he did not have any symptoms at the time, and the results were positive.

In shock, Smith posted a message to his followers on social media.

Wednesday, doctors at the University of Kansas Health System stressed that everyone take precautions and responsibility for their health and others.

“Every age group can get the disease," Dr. Steve Stites, chief medical officer, said. "The question is what will it do to you, and what will you do to the next person you give it to?"

At the end of February, Smith said he traveled to Toronto and then to Atlanta with family. He said he was never around anyone who was sick.