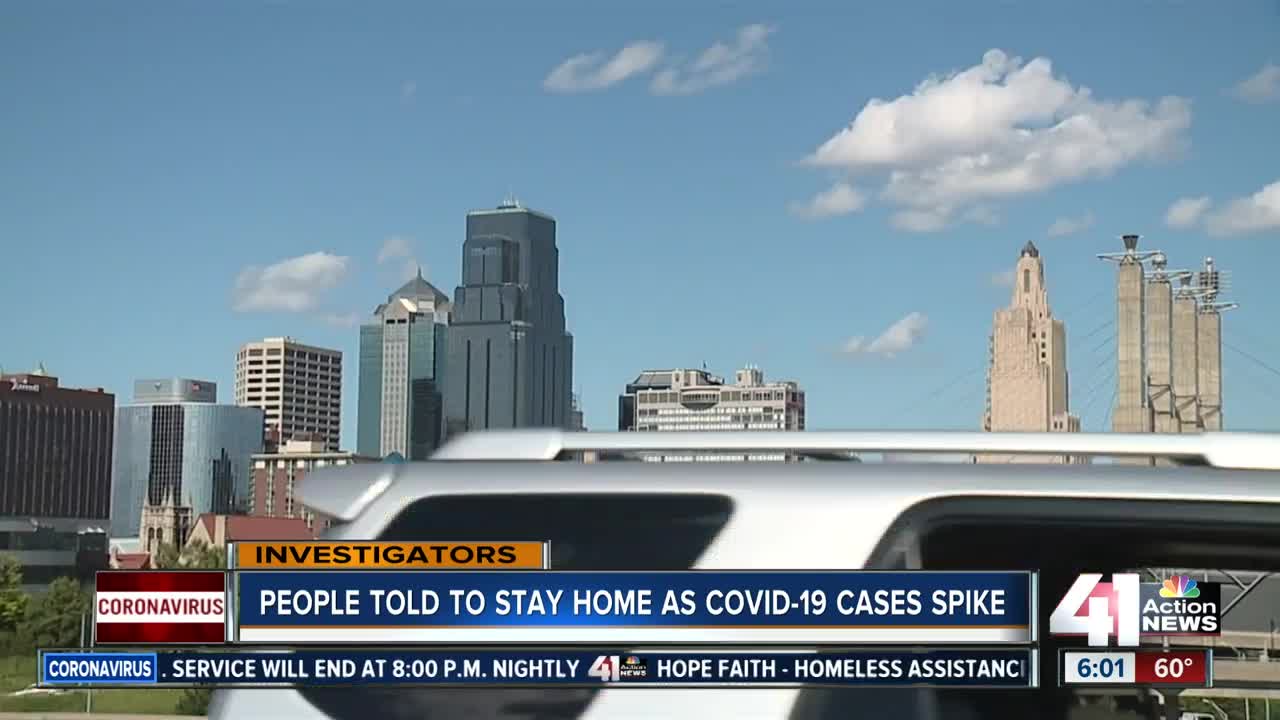 'We are on the front end of the surge'

KANSAS CITY, Kan. — In the past 24 hours, confirmed cases of COVID-19 have doubled at the University of Kansas Health System.

On Wednesday, the hospital was caring for eight patients sickened by the virus. By Thursday morning, staff were caring for 16 patients, half of whom are on ventilators.

Dr. Steven Stites, chief medical officer at the University of Kansas Health System, said now is the time to flatten the curve.

"We are on the front end of the surge," Stites said. "Stay home. We can bend the curve."

Stites has been paying close attention to how other cities across the country are battling the virus.

In New York City, where COVID-19 is most widespread, the death toll climbed to 458 by Thursday morning.

Health experts project that 50% of people who live in New York City will contract the virus.

Stites wants to minimize the spread of COVID-19 to 10% or less.

But it doesn't have to be. Since viruses are passed from person to person, social distancing has proven to be effective when it comes to killing viruses.

In New Rochelle, New York, cases of COVID-19 have slowed down. In a two-week time period, the city had an increase of about 100 new cases of the virus.

"If you did doubling every three days, which is the mathematical model for the rapid spread of this disease, they should be over 1,000 (cases)," Stites said. "The reason they only went from 100 to 200 is because shelter-at-home works."

Dr. Dana Hawkinson, medical director of infection control at the University of Kansas Health System, suggests people go outside, but keep at least six feet of distance from others.

"I think we are in the very early stages of this. If there's any chance that we can flatten the curve and slow the spread, we need to continue to do that," Hawkinson said. "We need to continue to have the social distancing. It's difficult for people because this also brings in other problems such as depression, anxiety. Try to get outside, try to exercise or walk. Get good nutrition, get adequate sleep. "

Hawkinson and Stites said the hospital is ready to fight the surge of cases. However, they both agree that if people across the metro shelter-at-home, the virus can be contained.

"That's what's going on in New Rochelle, they bent the curve. It's remarkable how much lower it is, and their density is a lot higher than ours," Stites said. "We can do this. We can bend the curve. We don't want to be New York City, we want to be KC."