'Our patients are pretty restless, exhausted' 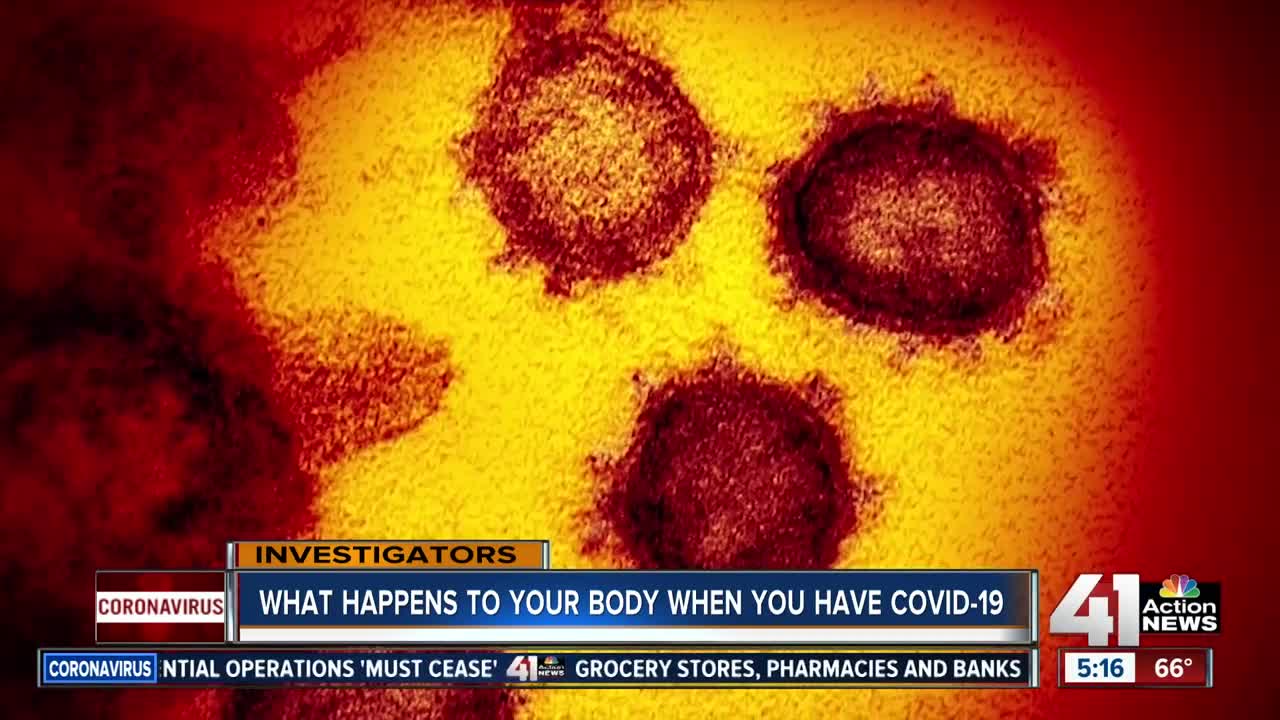 The University of Kansas Health System has a unit dedicated solely to the care of patients who test positive for COVID-19.

KANSAS CITY, Kan. — The University of Kansas Health System has a unit dedicated solely to the care of patients who test positive for COVID-19.

Ashleigh Adams, a registered nurse at the hospital, is on the front line, taking care of people who have contracted the illness.

"Previously, we were taking 'rule-out' COVID patients," Adams said. "The relief that they would see when we would come tell them, 'hey, we got your test back, it's negative' — you could just see (the relief) in their faces."

Over the past 24 hours, Adams said that's all changed, as the unit shifted to caring only for those who test positive for the virus.

"Right now, dealing with the positives, you're not seeing that, they're not getting that relief," Adams said. "Our patients are pretty restless, they're exhausted, a lot of coughing."

Older adults and those with underlying conditions are most vulnerable when it comes to becoming severely ill.

However, Dr. Steven Stites, chief medical officer with the hospital, said everyone is at risk.

"We do see some young people who get sick and die from this," Stites said. "Don't think you're immune just because you're healthy."

How the body responds to COVID-19

While it's not clear why some healthy people become critically ill, some evidence points to an immune response, known as cytokine storm.

Stites describes cytokine storm as the body's way of going to war against an invader.

"You can attack it with missiles and machine guns and all sorts of stuff," Stites said. "Sometimes it works pretty well. Sometimes it's like the body just lost control of that war, and it starts launching so many missiles and so much artillery that the artillery starts to break down your own structure."

During cytokine storm, a person's immune system can begin to attack their own organs, including the lungs, heart and kidneys.

"A key one is the heart," Stites said. "We know that when the lungs and the heart are both struggling and the heart starts beating irregularly that we're in real, real deep trouble."

When it comes to winning the war against COVID-19, doctors and nurses stress the importance of staying home.

According to the Centers for Disease Control and Prevention, for every person who contracts the illness, it's passed on to at least two more people.

"If we can get it down to one, the disease will go away," Stites said. "How do you do that? You stay home. You don't go out and you don't be in contact with a bunch of people. People want some magic answer. That's the doggone answer."

It's not clear how long people across the Kansas City metro will need to stay home.

Stites hopes the virus can be contained come summer.

"I am going to cross my fingers and hope by sometime in the summer, I will be at Royal Stadium watching the Royals take the field," Stites said. "The first time I go there, I am going to stand and cheer. I'll probably cry because that'll be a sign that we're better, and I can't wait. "