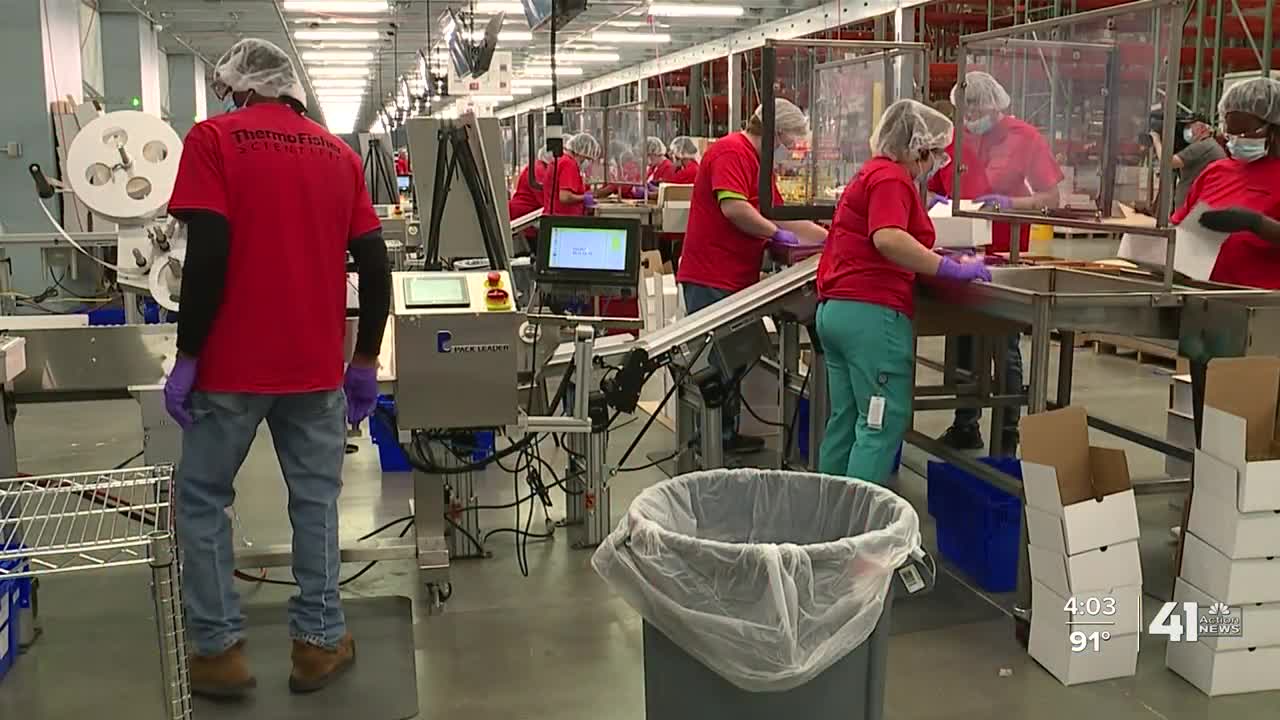 A Lenexa biotechnology company says it has ramped up production of material for COVID-19 tests as part of an expansion that also brought 300 new jobs to the area. 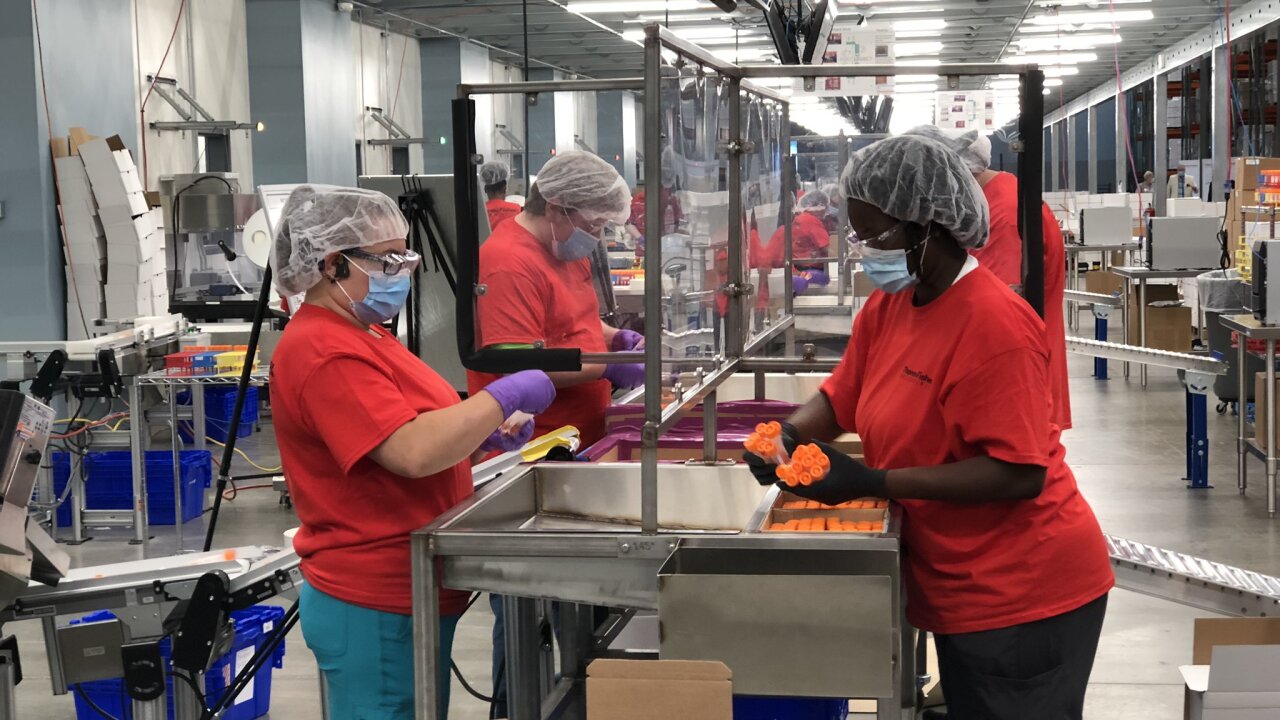 KANSAS CITY, Mo. — A Lenexa biotechnology company says it has ramped up production of material for COVID-19 tests as part of an expansion that also brought 300 new jobs to the area.

“This is going to play a critical role in our state’s comprehensive COVID-19 testing strategy,” Kelly said at the event, while also applauding the expansion’s economic impact in the area. "I want to thank the Thermo Fisher team for its work in protecting our health and safety and helping us tackle the many challenges brought on by COVID-19."

The 120,000-square-foot expansion, which the company announced in May and completed in six weeks, fulfills a federal contract for Thermo Fisher to increase production of viral transport media (VTM) tubes, which are used to store and ship nasal swabs used for COVID-19 testing.

Per @thermofisher, they have ramped up production of these tubes from 50K per week to 8M per week. This expansion will continue to assist the need for testing materials during the pandemic. @41actionnews

Officials on Friday said the expansion has allowed Thermo Fisher to go from making 50,000 tubes each week to around 8 million.

U.S. Sen. Jerry Moran, who also attended the ribbon-cutting, said that while the company’s expansion is an important development in Johnson County and the state of Kansas, it also has broader implications.

"This is not just important to Lenexa, to Johnson County or even to just Kansas," Moran said. "Thermo Fisher's expansion in this facility and its future plans here in Kansas, its response to COVID-19 means that we are taking care of the world. Thermo Fisher, a significantly recognized and highly respected company, is doing the things that are necessary to combat the pandemic, to lead the way so that we can get out of the circumstance that we're in and get us something much closer to normal."