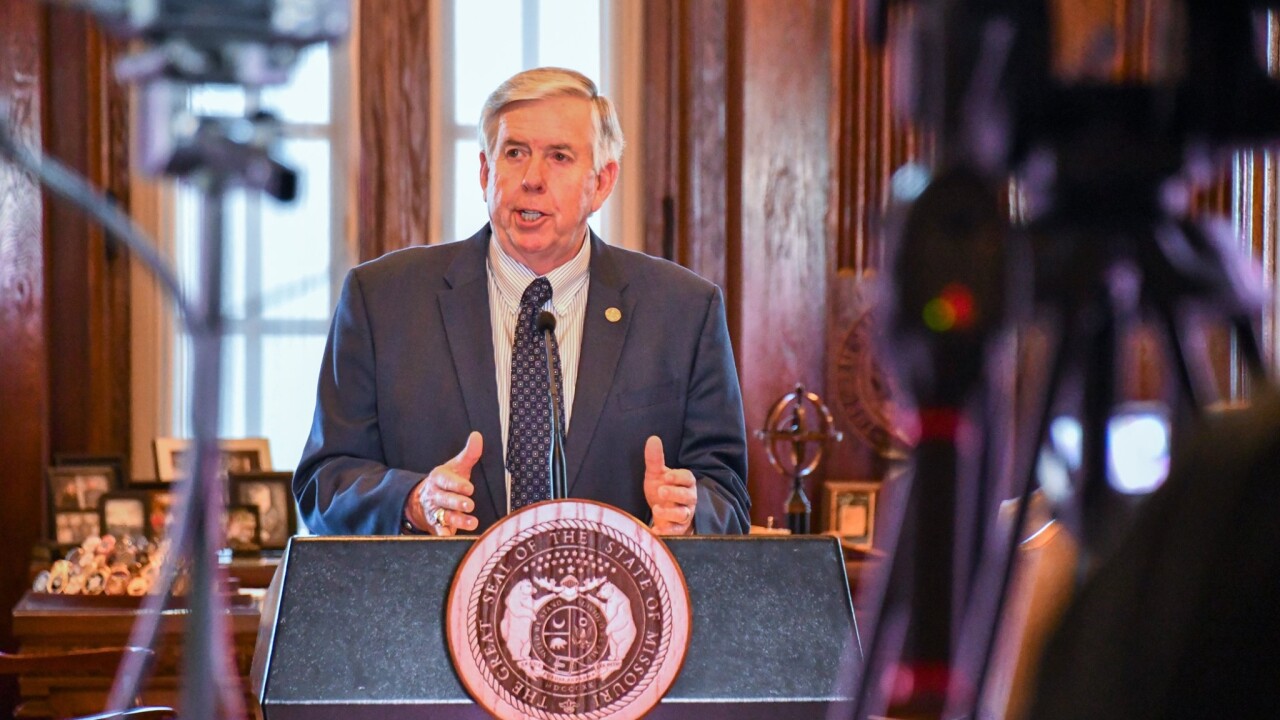 KANSAS CITY, Mo. — Missouri Gov. Mike Parson said the state is prepared to reopen Monday and is on the road to recovery, but he acknowledged the COVID-19 threat hasn’t disappeared.

“This is not the flip of a switch,” Parson said. “The coronavirus is not gone. We must continue to be proactive and maintain social-distancing to protect those around us.”

He also strongly discouraged Missourians from shopping online, which has become the primary means of commerce during stay-at-home orders, and asked for a “special effort” from residents to shop at local businesses, calling it critical for restoring the state’s economy.

Parson declared that Missouri’s health-care system is not overwhelmed, aside from some places in the St. Louis area. He said the state will continue to purchase and deliver personal protective equipment, but pointed to declining trends in the number of cases for his decision to reopen May 4.

Missouri Department of Health and Senior Services Director Dr. Randall Williams said the additional 167 positive cases in Buchanan County, which were reported Friday, are responsible for the spike in cases this week.

More than 700 tests with an expected 13% positive rate are expected to be reported Saturday, but Wlliams stressed that these tests are largely being performed on asymptomatic people.

The DHSS also has performed its “boxed-in” testing strategy at one prison and one nursing home in addition to Triumph Foods.

Williams also said eight “community snapshots” have been performed by the state health department, including more than 400 tests in Phelps County that all came back negative.

Test results from the other seven sites are expected over the weekend.

As the state reopens, Williams said his department will perform contact tracing as cases arise.

Parson said he’s not aware of any shortages of disinfecting wipes or hand sanitizer, tools many businesses will need to safely reopen doors to customers, but promised to help businesses connect with manufacturers if needed.

“We don’t expect widespread food shortages at this time,” Chinn said, but she predicted localized supply issues and the possibility rising prices.

Chinn tried to reassure that her department has been diligent in protecting workers at food-processing, which are of “national and statewide importance” for the food supply and for farmers.

Still, outbreaks at meat-packing plants across the state, including nearly 300 positive cases at Triumph Foods in St. Joseph, highlight the difficulty in protecting workers at such facilities, which are required to remain open after President Trump invoked the Defense Production Act this week.

Despite more than 13,000 state employees working from home, Office of Administration Commissioner Sarah Steelman said state agencies continue to work at 94% capacity and praised the state workforce for its efforts in maintaining state services.

The Missouri National Guard will help screen employees and members of the public at state buildings and facilities as they begin to reopen this week, Steelman said.

She said 2,256 workers will return to state offices Monday, including employees at state driver’s license bureaus.

Parson said Medicaid expansion is inevitable with the rising number of unemployed Missourians, but said now is “not the time to be expanding anything” due to the looming budget crisis — a signal he would oppose any efforts to expand Medicaid eligibility in the state.

Parson — who said he and his wife will be out and about Monday, checking on some local businesses — declared Sunday a day of prayer ahead of the Monday reopening.