Missouri Gov. Parson: ‘If boss calls, you’ve got to go back to work’ 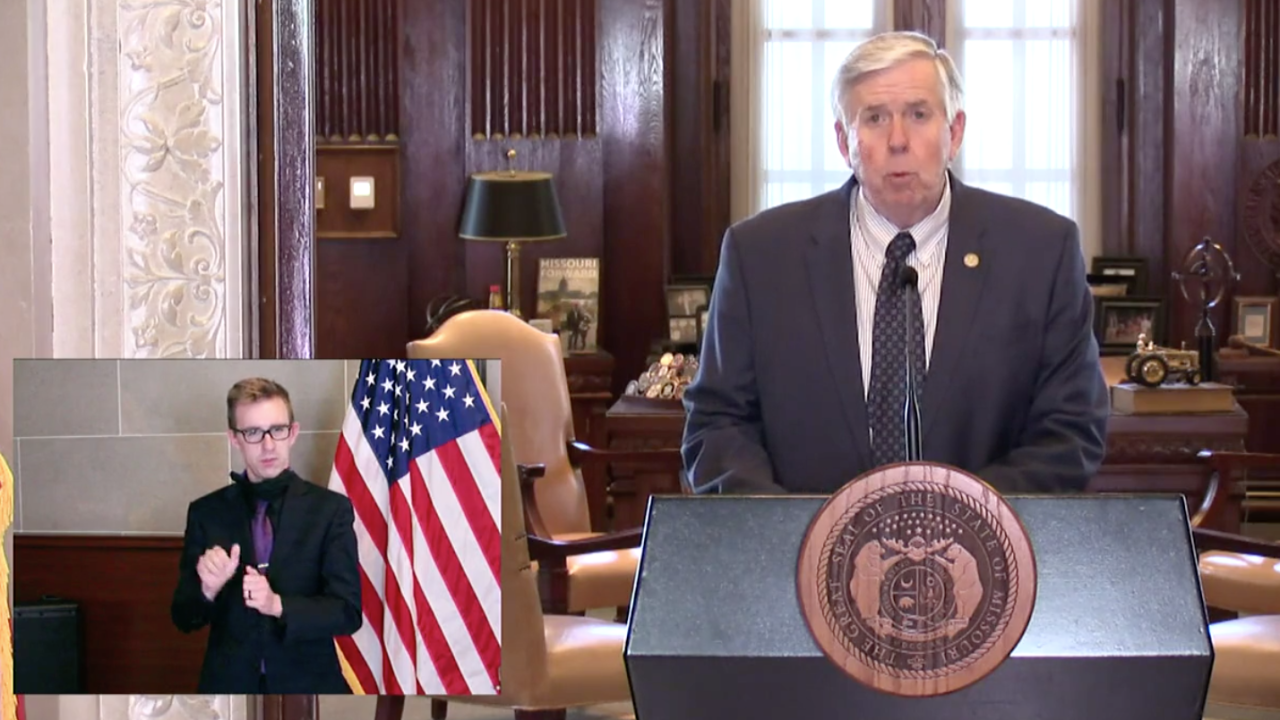 Copyright 2020 Scripps Media, Inc. All rights reserved. This material may not be published, broadcast, rewritten, or redistributed.
Gov. Mike Parson/Facebook

KANSAS CITY, Mo. — Missouri workers who may be reluctant to return to work when the state’s stay-at-home and mass-gathering restrictions are lifted Monday will have to make a choice.

Gov. Mike Parson made it clear Thursday during his daily press briefing that when the state economy reopens, employees will be expected to report to work — or risk losing their jobs.

Some parts of Missouri — including Kansas City, Missouri, and Jackson County, which remain under an extended stay-at-home order through May 15 — won’t reopen right away, but workers in Cass, Clay and Platte counties are among those who could be required to return to work Monday, regardless if they feel safe.

Parson acknowledged that individuals always have the right to stay home, but there will be no protection offered by the state for those workers.

Parson said that also applies for workers who live outside the state but work in Missouri, including workers in the Kansas City and St. Louis areas.

Many food-processing plants in the state, including Triumph Foods in St. Joseph, have experienced concentrated COVID-19 outbreaks, but they are required to remain open after President Trump invoked the Defense Production Act, which compels meat-packing plants to continue operations.

Parson said he was unclear if workers in those facilities would qualify for worker’s compensation in the event of a COVID-19 infection. He said he “would think so,” but needed to check federal guidelines.

As of Thursday afternoon, 132 employees there have now tested positive for the virus after the state conducted widespread testing at the plant and in surrounding Buchanan County, according to Missouri Department of Health and Senior Services Director Dr. Randall Williams.

More than 2,400 tests were performed on people who were not showing symptoms, Williams said.

From the first batch of test results, 707 that were reported to the state on Thursday, there were 92 positive tests.

The state expects an additional 1,300 test results to be reported by Friday night, but Williams said he did not think it was necessary to shut down the plant, even if federal law would allow it.

“At this point, we will do what we do in public health,” Williams said, noting that social-distancing may not be possible at such facilities but that is expected and permissible under the state's reopening plan.

After performing widespread testing, the state health department will follow up with contact tracing of infected people, isolation and quarantine as needed.

“Our No. 1 goal always is to protect the health and safety, which is why we’re in there doing 3,000 tests on asymptomatic people,” Williams said.

It’s all part of Missouri’s new “box-in” testing strategy as the state moves from “the acute phase to the recovery phase,” Williams said.

He expects workers at places like Triumph and other food-processing facilities in the state as well as those at long-term care facilities, who work with populations particularly vulnerable to COVID-19 complications, may be subject to regular testing — also known as sentinel or surveillance testing — in the coming months as a preventive measure.

Missouri plans to continue to ramp up testing during the month of May and will continue to collect and release information about COVID-19’s presence in the state during that time, Parson said.

The state’s plan moving forward relies heavily on the public to report violations of social-distancing guidelines at businesses.

“I think it’s in the best interest of businesses to practice safe practices ...,” Williams said, “Missourians won’t want to go to places putting them at risk.”

Local health departments also will be responsible for ongoing business inspections, including any to assess compliance with Centers for Disease Control and Prevention guidelines as mandated by the state.