Missouri to end all COVID-19 restrictions next week 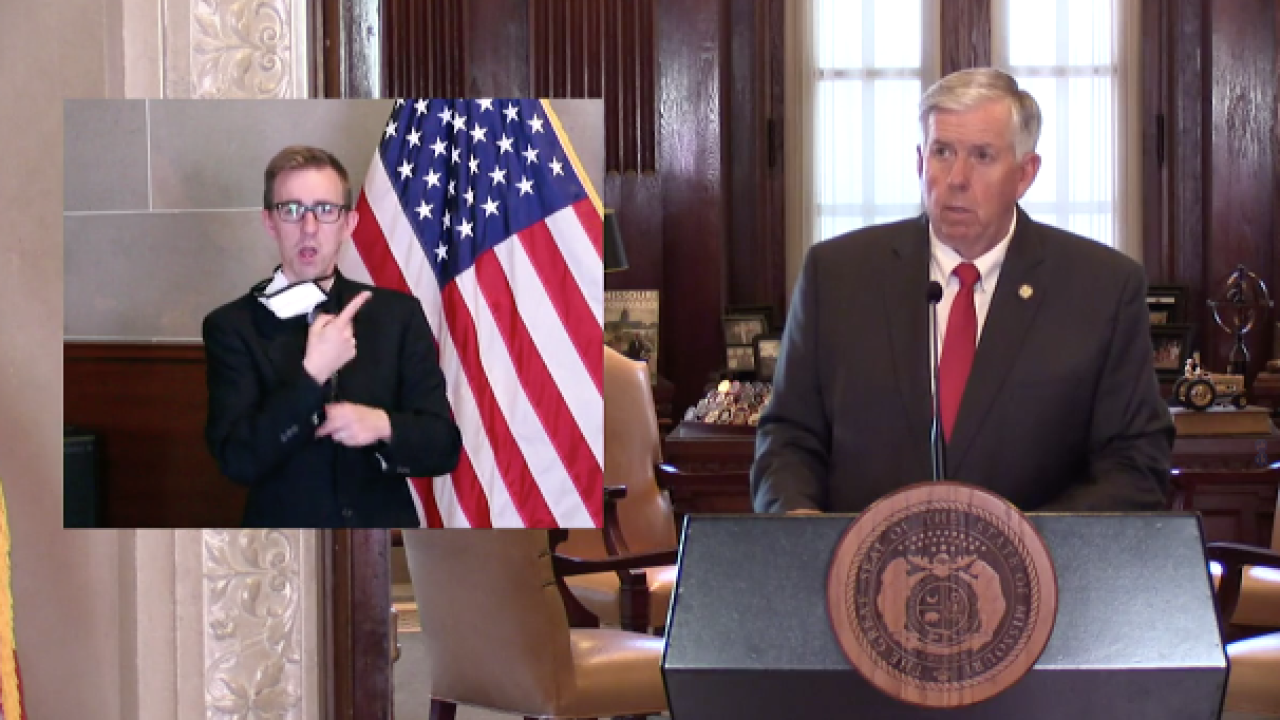 KANSAS CITY, Mo. — Missouri will enter Phase 2 of its Show-Me Strong Recovery Plan next Tuesday, but it’s a misnomer.

Gov. Mike Parson announced Thursday during a briefing that Phase 2 removes all statewide restrictions related to the COVID-19 pandemic.

“Missouri will be fully open for business,” Parson said.

Originally, Phase 1 was set to end May 31, but Parson extended that order through June 15, which limited a building’s occupancy among a handful of other restrictions.

“At some point, the government has to get out of the way and let people regulate their own lives and own selves,” Parson said. “We are at that point in Missouri.”

Parson’s order doesn’t mean all restrictions will be lifted. His decision does not prevent local city or county health departments from keeping restrictions on mass gatherings or how many people are allowed in a business.

“Local officials will still have the ability to measure or regulate, but from a statewide stance there will be no restrictions,” Parson said.

“We have full confidence that Missouri is fully prepared to reopen,” Parson said.

In the next breath, Parson acknowledged that COVID-19 remains a threat and social-distancing remains important.

“We all know how to do this at this point,” Parson said, stressing that personal responsibility remains the central tenet of his policy.

The economy continues to be Parson’s primary concern. He said the health and safety of Missourians is the top priority, “but as I’ve said many times, COVID-19 has had a devastating impact on our economy.”

“Now is the time to begin repairing our economy and get Missouri citizens back to work,” Parson said.

“Those basic health principles will persist,” he said. “We’ve worked so hard to get where we are and we just don’t want to backslide because of lack of vigilance.”

Parson also said the Missouri State Fair, which takes place annually in August in Sedalia, will continue in some form or fashion.

“The Missouri State Fair has only been canceled one time in 100 years, and that was during World War II,” he said.

Parson said as a governor with an agricultural background, he “doesn’t want to be the second.”

There may be some changes, but Parson confirmed “there will be a state fair here in Missouri.”

He later said he doubts there will be concerts and the number of vendors may be limited.

Despite announcing an end to all state restrictions next week, Parson said he has extended Missouri’s state of emergency through Dec. 30, which will allow the state to continue to spend federal CARES Act funding.

He also will keep executive orders in place that deregulate multiple industries by suspending a wide array of state statutes, keeps the Missouri National Guard mobilized, suspends the need to consult in person with a notary public and allows restaurants to continue selling food as groceries.

Finally, Parson said he has had meetings with “young activists” from around the state regarding protests over police brutality and social injustice.

“There’s some issues I will say we’re not going to agree on,” Parson said.

But he noted that there is some common ground and appreciates the time and values the opinions of activists.

He wanted to know “what’s the end game” from activists, whether it was education or policing or job training initiatives.

Parson, a former sheriff and longtime law enforcement officer, made it clear he doesn’t favor “defunding the police.”