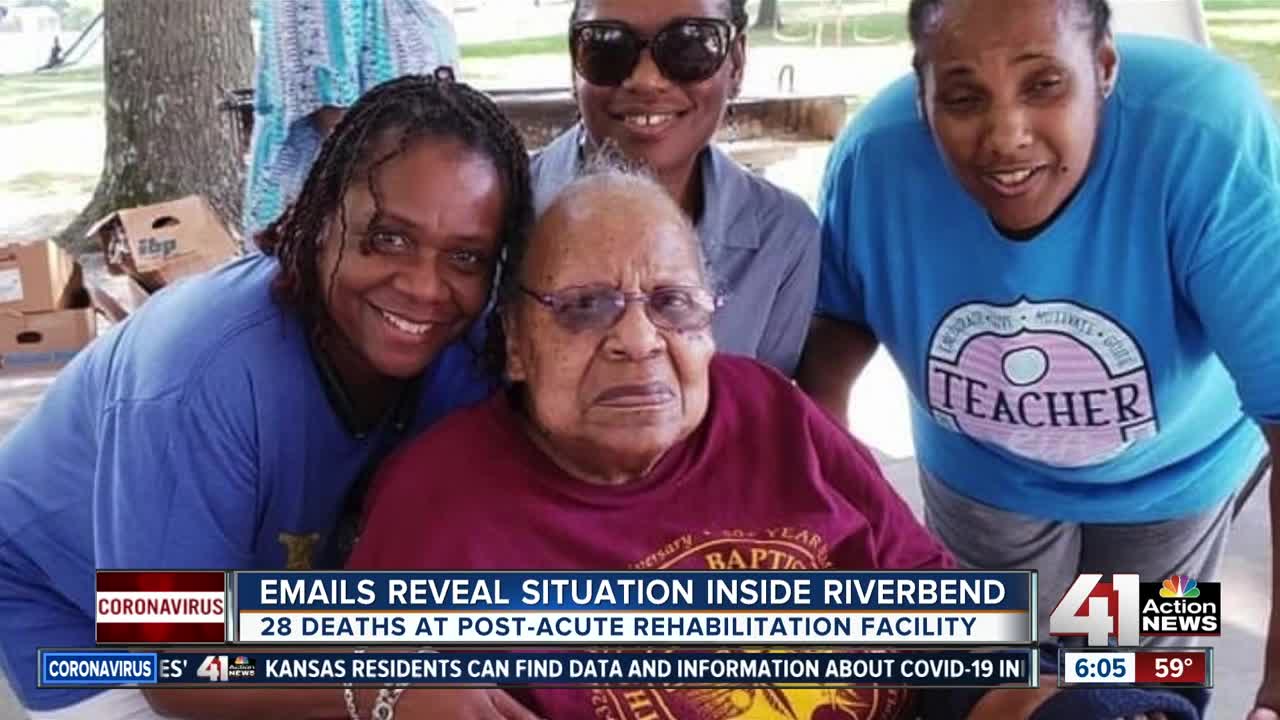 E-mails reveal situation inside Riverbend facility in KCK, where 28 people have died from COVID-19. 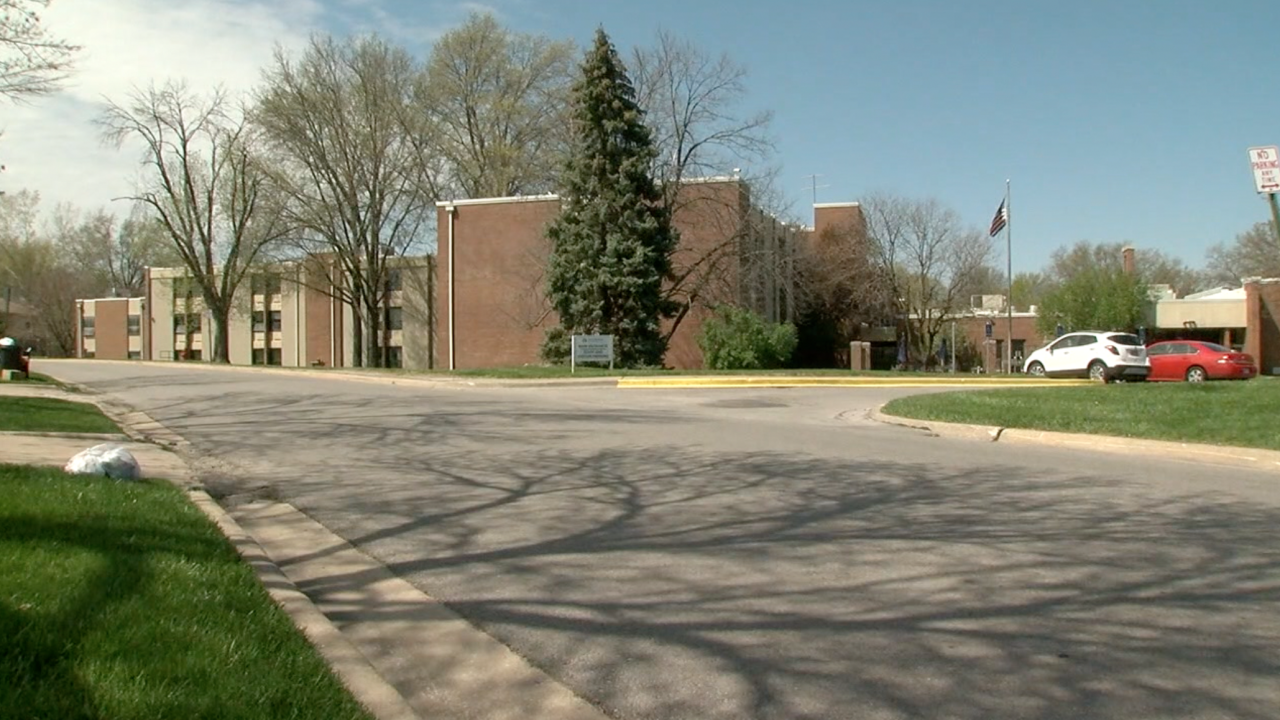 KANSAS CITY, Kan. — The number of positive cases and deaths continue to climb at Riverbend Rehabilitation facilty in Kansas CIty, Kansas. The desperate situation is not only evident in the emails 41 Action News obtained, but also the situation families are in.

"It's definitely been difficult and I can't express this enough how hard it is to deal with a loved one who is sick," Cherry Boyd said from Atlanta Friday in an interview with 41 Action News.

Boyd's family is mourning the death of her 89 year-old grandmother, Georgia Mae Clardy.

Clardy was living at Riverbend and recently came down with COVID-19. She passed about a week later at Providence Medical Center.

The family is not sure if she got the virus from a staffer or another resident.

"With the whole coronavirus spreading, it's been difficult trying to bury a family member because we're not able to have a traditional celebration or family gathering or funeral, even, for that matter," Boyd said.

She wasn't able to come in town; the number of relatives allowed at the funeral was limited. No one could go inside the nursing home, so they streamed Clardy's services on Facebook for the whole family.

"We all know she's in a much better place now, she's doing fine, and our spirits are at peace with that," Boyd said.

Before COVID-19, Riverbend had 135 residents, and the virus spread rapidly.

As of Friday, 103 residents and 25 staffers were positive, while 28 residents have died and six are in the hospital.

According to emails obtained by 41 Action News, the facility reported its first positive case on April 1 and the first resident died on April 7.

By April 2, 15 residents were positive.

As the days passed, the emails show the situation became more dire.

Ensign Services staff, which oversees Riverbend, sent the Unified Government a spreadsheet of how many people were sick on April 2. On April 4, 5, 6, and 7 the UG was requesting an updated spreadsheet.

The UG asked to go over the control measures put in place. Maureen Purvis, the clinical market lead for Ensign Services, informed the UG that many of the staff quit when the virus broke out.

"As of today, we have been able to gain some control over the situation but also realize that we are not out of the fire yet," Purvis wrote on April 7.

The facility had over 100 employees working shifts over a 24-hour basis, but Schulte couldn't pinpoint the number due to all the changes.

By April 8, the facility had 47 residents test positive and 5 deaths.

"They are very very short staffed here and need emergency personnel ‐ nursing, aides, physical and occupational therapists, and especially a cleaning crew. Their entire cleaning crew has resigned," Greiner said in an email to the UG on April 9.

Boyd says the family found out Clardy was sick on April 9. She passed on April 15. Boyd says Riverbend didn't give her family enough updates.

"From my understanding, they didn't communicate as well as they could have as far as the cases they did have and how they were protecting the patients," Boyd said.

Jessica Kalender-Rich, a doctor in geriatrics at the University of Kansas Health System, said nursing homes are reporting information to the county.

"The county is working with them to create a strategy that's specific to each facility in order to provide supplies, provide support, and really do everything that they can to help mitigate the threat," Kalender-Rich said.

41 Action News asked Riverbend how they are containing the virus and if they have enough staff to care for the residents, but Schulte denied the requests due to pending lawsuits.

Boyd says her family may look into resolutions for themselves.