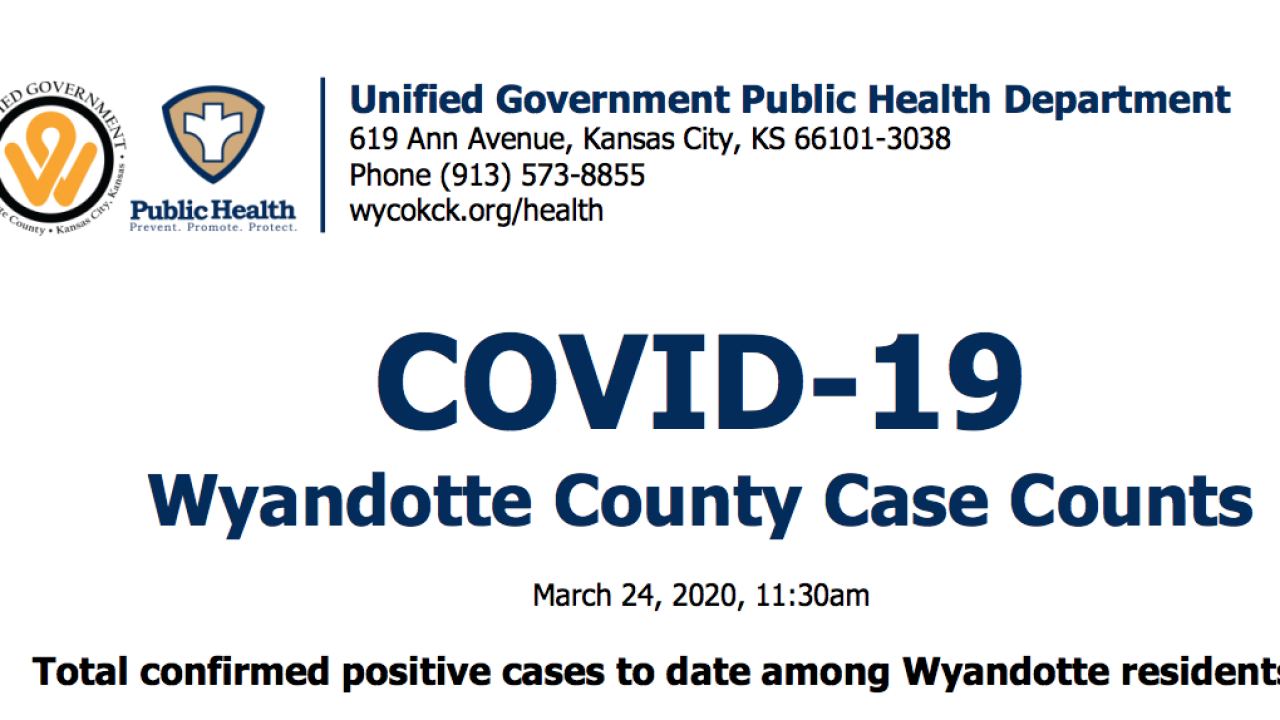 The 21 cases include five additional patients announced Tuesday when the county updated its COVID-19 figures at 11:30 a.m.

One person with a confirmed COVID-19 diagnosis in Wyandotte County has died, while the other nine patients — all of whom were diagnosed since March 16 — are self-isolating at home.

Four of the confirmed patients are spouses of previously identified COVID-19 patients, according to the UG Health Public Health Department.

The age range in Wyandotte County is widespread, including one patient under age 18 diagnosed March 16 who attended a local private school while symptomatic.

The school has been notified and the UG Public Health Department is working on a contact investigation.

A woman in her 50s who was initially hospitalized then released to her home has been readmitted to the hospital with worsening symptoms.

She attended two local churches while symptomatic. Both have been notified and a contact investigation is underway, according to the UG Public Health Department.

The man who died was a patient in his 70s at Life Care Center of Kansas City. He died after a cardiac event at Providence Medical Center.