2020 on pace to be deadliest on KCMO roads 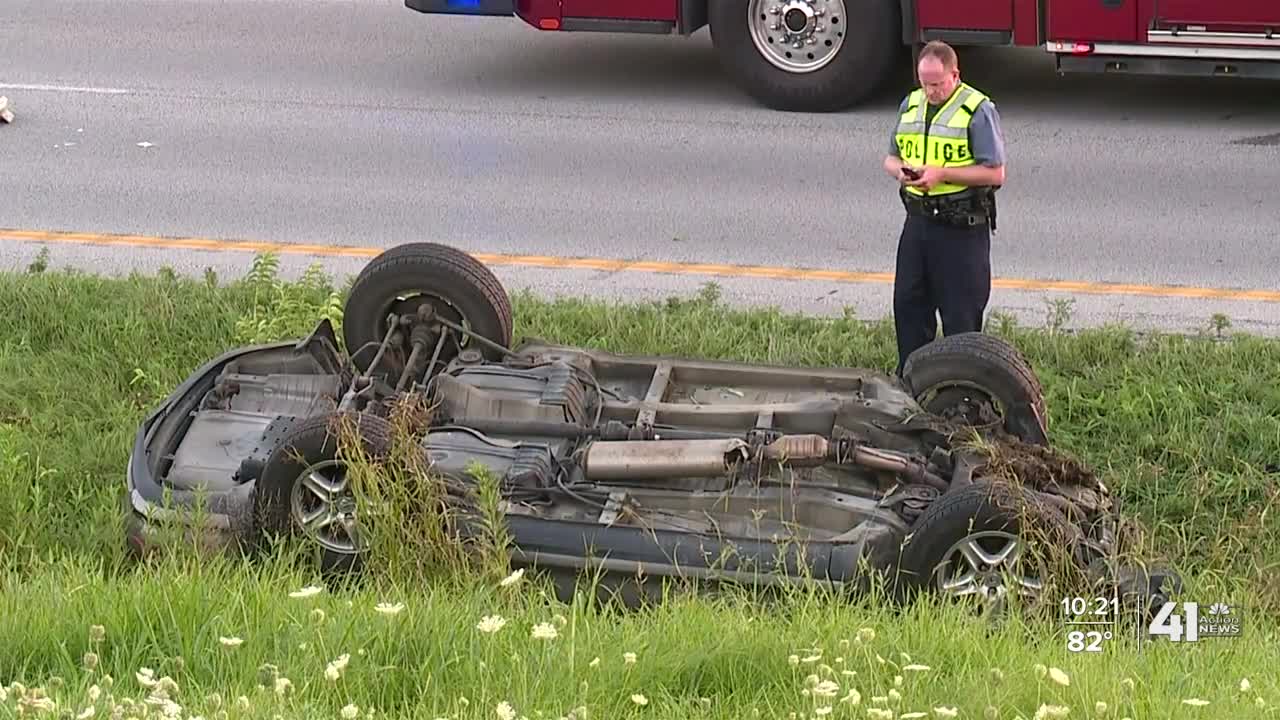 "He always made me happy," Quye said. "He made anybody else happy around him."

On July 23, the 19-year-old had been riding in the bed of a pickup truck at the old Tiffany Springs Park when a violent impact threw Valdez from the truck onto the gravel road.

Police weren't called. Instead, someone left him at a hospital.

The Army National Guard recruit spent days in a coma before dying.

"You never know when some of these lives are going to end because there's something stupid," Quye said.

Valdez was the 62nd person to die in 2020 because of a traffic crash. This year is on pace to be the deadliest on Kansas City, Missouri, roads than in the past six years.

"Less motorists on the road, you would think that fatalities would go down, but that's not the case," said Sgt. Grant Ruark, of KCPD's traffic enforcement unit, alluding to the decrease in driving due to stay-at-home orders and businesses allowing employees to work from home during the coronavirus pandemic.

Ruark said the numbers reveal three reasons for the crashes: People are choosing to not wear seatbelts, they're speeding and, in some cases, getting behind the wheel under the influence.

"You know, they always think that the fatalities happen on the highways and they can drive how they want on city streets and not wear a seat belt," Ruark said. "That's not the case."

The rise in deaths is provoking action.

"Visibility itself helps us being out there and sitting on the side of the roadways and being visible to motorists helps curb speeds," Ruark said.

It's a task the unit's 50 or so officers, like Brian Kaiser, tackle every day.

Drivers looking to make a deal with Kaiser are common, as are their excuses.

"'I’m running late,' or 'I’m keeping up with flow of traffic,' is another one that's it's commonly heard," Kaiser told 41 Action News.

It's also what one motorist told 41 Action News.

"I usually pay attention to what I'm doing. I got over to pass, and I just lost track of [my speed] to be quite honest," the driver, who didn't want to be identified, said. "Two people [were] going about the same speed as me right next to me, so I can't say, 'You know, I shouldn't be speeding either way.'"

The pandemic hasn't helped anyone slow down.

"I think the general attitude is traffic is more open, so we leave a little later, go a little faster," Ruark said.

But as the saying goes, it's better to be late than never.

The crash that took Valdez’s life remains a mystery. No one has been arrested or charged.

Quye wants justice but also wants others to be safe.