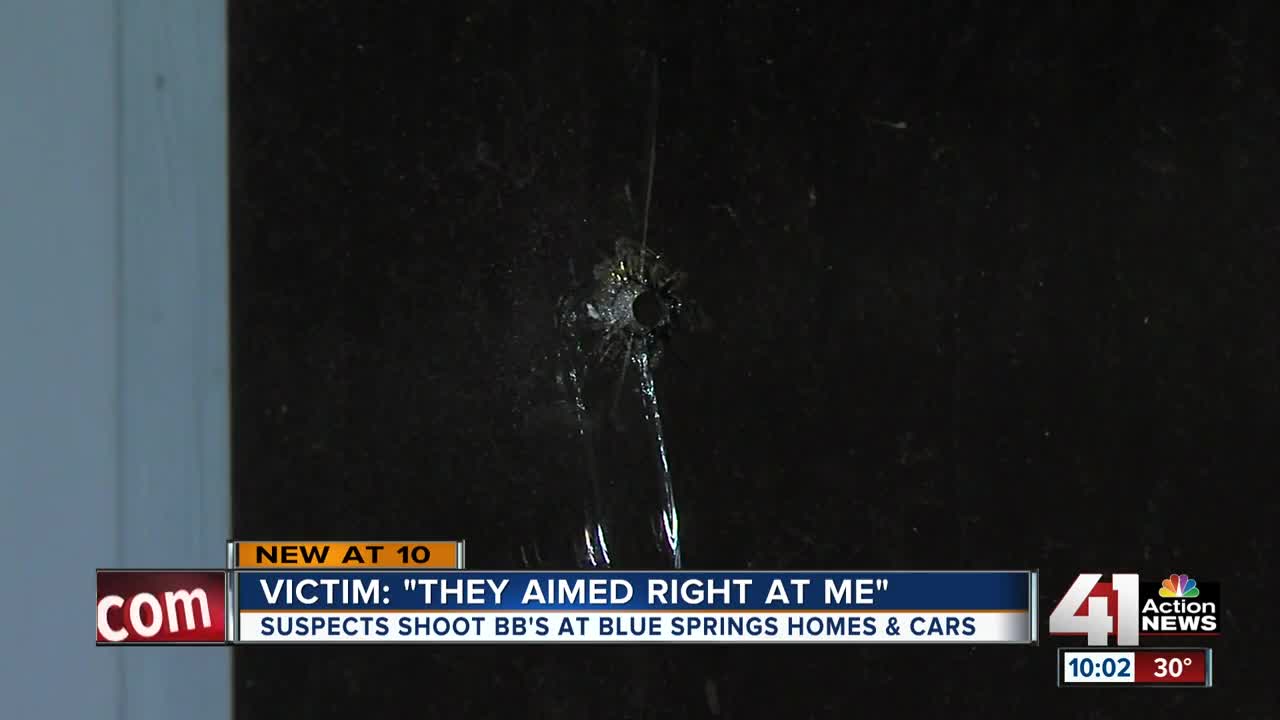 Blue Springs police are investigating a series of vandalism involving a BB gun that damaged several homes and cars. 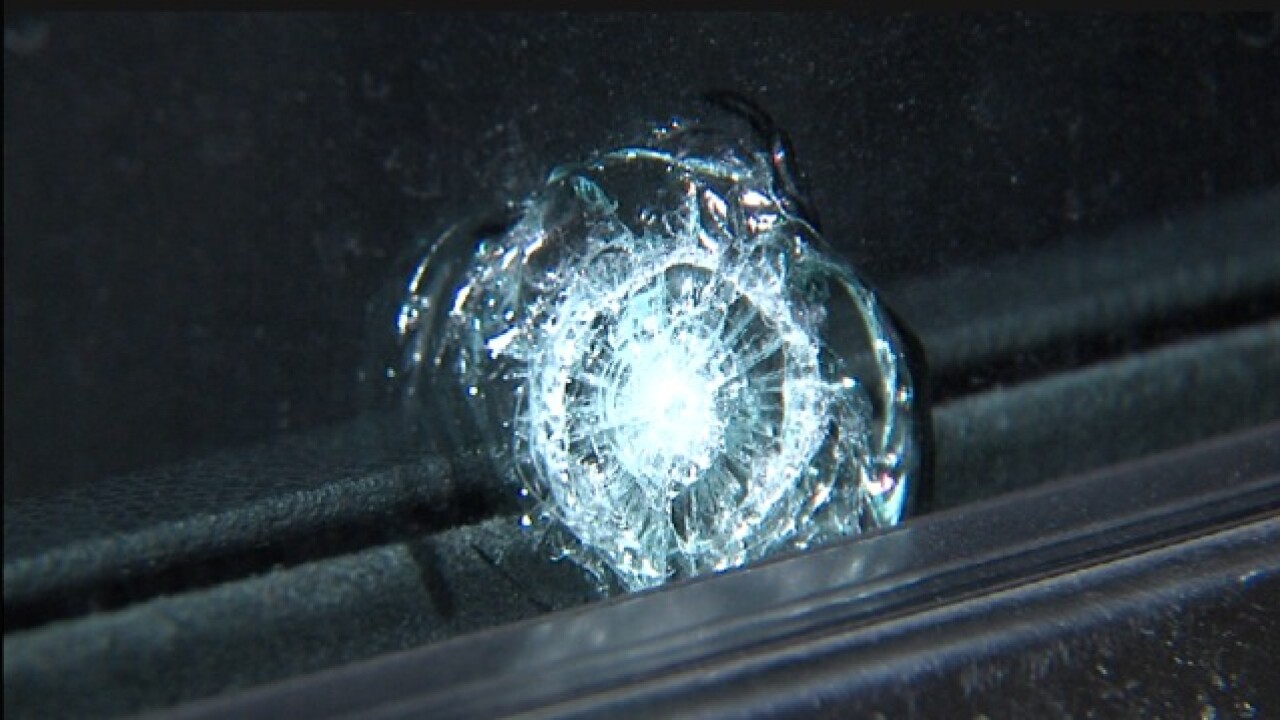 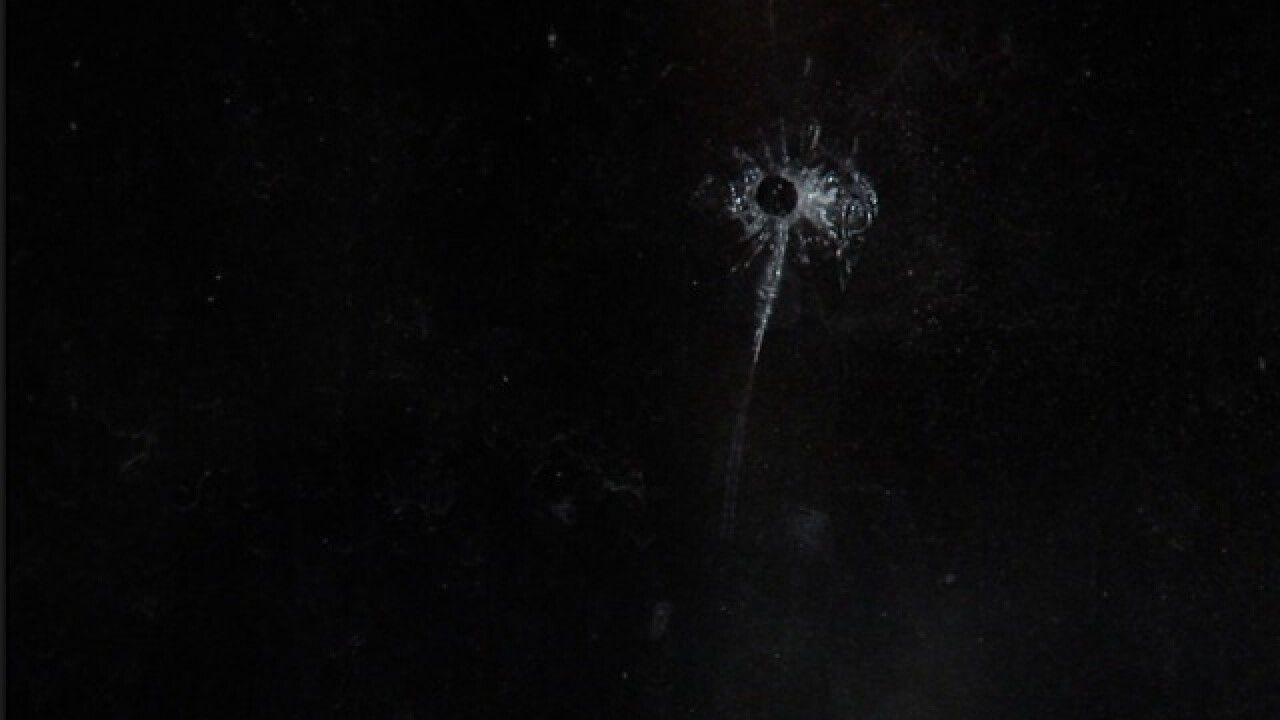 “I just don’t understand why. Why would you shoot at someone for no reason?” said Leslie Mills, whose driver’s side window now has a BB-sized hole.

On Sunday, Mills was driving her 10 and 2-year-old daughters home. When she turned into her neighborhood, she said she noticed three unfamiliar, young men in a silver Nissan Altima. As soon as she passed their car, Mills said she heard “one really loud pop.”

“They aimed right at me,” she said. “I looked over at my driver’s side window and knew that they had fired something at me.”

Neither she nor her daughters were injured but the BB punctured her driver side window.

“You’re not safe in your own house right now,” said Mark Fisher, whose home was also randomly targeted.

A BB broke through his front window just inches from his wife, who at the time was sitting at the kitchen table.

“If she was sitting a little more [to the right] it could have hit her head,” her husband Mark said. “It’s not funny. It’s stupid.”

At least two other neighbors also reported damage to police.