Incident happened May 9 in Overland Park

Incident happened May 9 in Overland Park 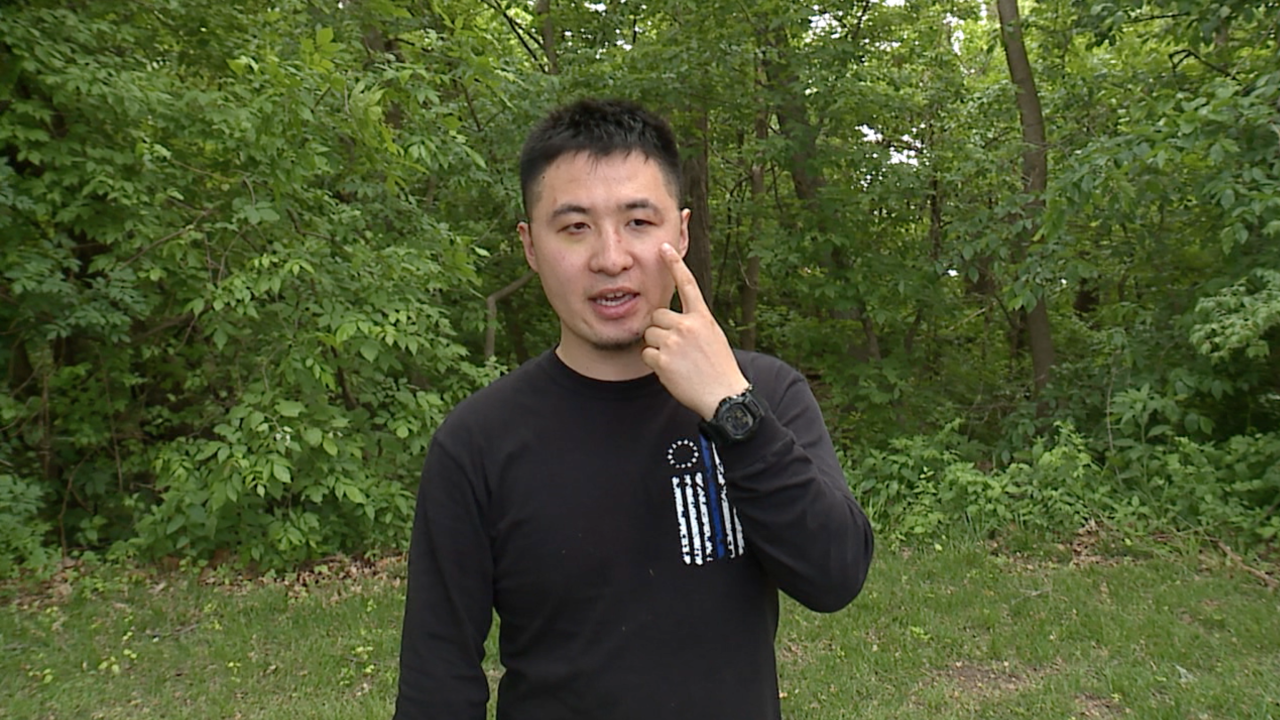 OVERLAND PARK, Kan. — Almost two weeks later, the Good Samaritan who tried to stop a suspected thief at a Home Depot in Overland Park is still recovering his injuries.

Jackson Liu jumped into action May 9 when he heard a loss-prevention worker hollering for help as a woman ran through the parking lot after allegedly walking out with several items for which she didn't pay.

"My instinct told me I need to get involved," Liu told 41 Action News on Thursday.

He had just left the home improvement store at West 96th Street and Metcalf Avenue when the suspected shoplifter ran past Liu, a former police officer.

When Liu caught up with the woman, he said his law enforcement training kicked in.

"(I put) my arm around her neck, kind of like a brace," he said. "I didn't squeeze, I didn't do anything, so I did it like this and then I took her on the ground. I held her hands, basically like this, and the entire time I tried to talk to her, I was like, ‘Hey, tell me what's going on?'"

He soon took a beating as his reward for trying to help out.

According to Overland Park police, the driver of a gold Honda Accord got out of his vehicle and kicked Liu several times before driving off with the woman, who was identified within minutes of her photo being posted on social media.

According to the police report, the suspect stole more than $400 worth of tools and electronics and damaged Liu's eyeglasses.

"I could not see anything," he said. "It was completely red."

Detectives are now working to her arrest the unnamed woman and Liu's attacker.

For those who may be in a similar situation, but don't have Liu's experience, Lacy had some advice: "We want the citizen to be trained observer. In other words, get the license tag number, get the make and model of the vehicle, call 911 and let us know the direction of travel."

Liu said he may think twice before stopping another shoplifting suspect unless someone is in immediate danger, but it may be hard.

"If someone says 'help,' your instinct, you don't even think about it, you just go out there and help the people," he said.