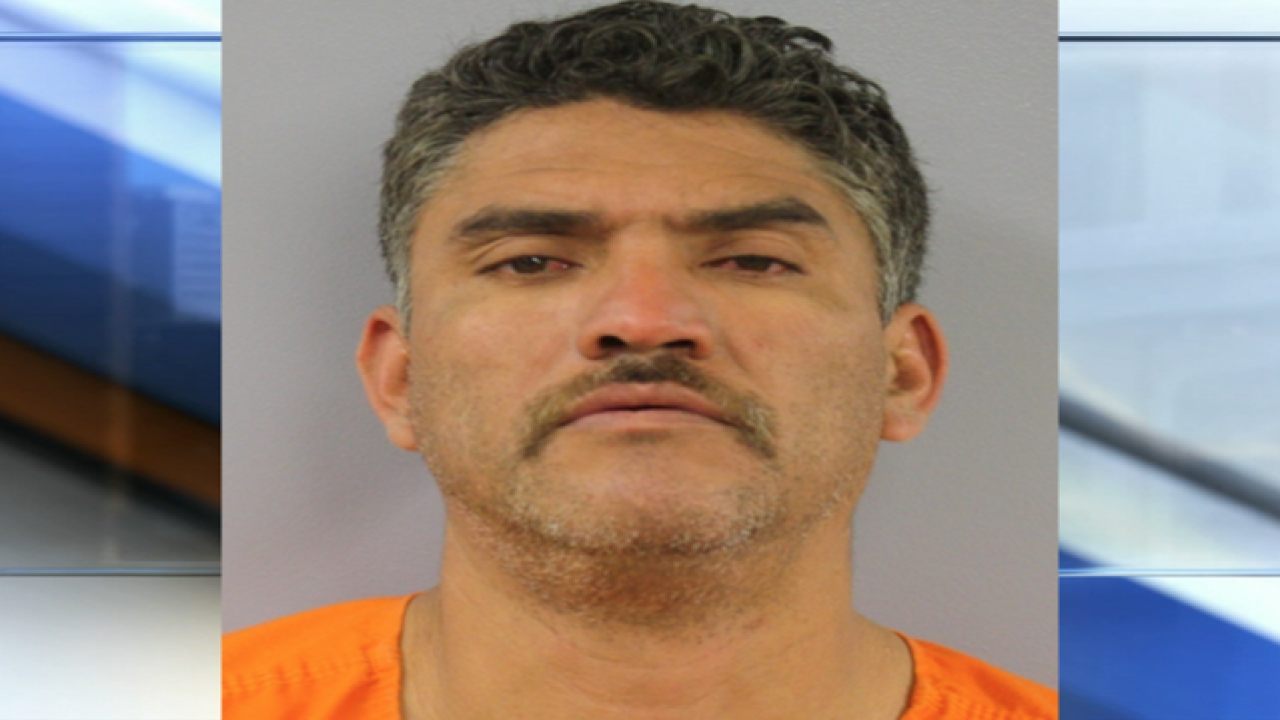 A man suspected of fatally shooting four people at his neighbor's home in Kansas City, Kansas before killing another man about 170 miles away in a rural Missouri house was taken into custody early Wednesday morning after an extensive manhunt, the Missouri Highway Patrol said.

BREAKING: Missouri Highway Patrol found Serrano laying on the ground on the north side of the highway @41ActionNews

He was also wanted in connection with the shooting death of 49-year-old Randy Nordman in Montgomery County.

The manhunt for Serrano-Vitorino included helicopters, police dogs and at least one SWAT team began late Monday after the first shooting. One of the four men managed to call police before he died, but it's unclear how the men knew each other or what may have prompted the shooting, Kansas City police officer Thomas Tomasic said.

The manhunt shifted Tuesday, when a truck Serrano-Vitorino was believed to be driving was found about 7 a.m. abandoned along Interstate 70 in central Missouri, about 80 miles west of St. Louis.

About 25 minutes later, sheriff's deputies responded to a shooting about five miles away at a Montgomery County home and found the body of 49-year-old Nordman, according to the patrol.

The patrol said Tuesday that Serrano-Vitorino was considered dangerous and may be armed with an AK-47.

Reinsch said investigators weren't aware of any connection between Serrano-Vitorino and Nordman, whose home is near his family's campground and a racetrack for remote-controlled cars.

U.S. Immigration and Customs Enforcement said in a statement Tuesday night that Serrano-Vitorino, of Mexico, had been deported from the U.S. in April 2004 and illegally re-entered "on an unknown date." ICE said it would place a detainer on Serrano-Vitorino if he is taken into custody.

According to the Montgomery County Sheriff's Office, Serrano-Vitorino was released from suicide watch Wednesday afternoon and placed in general population. Thursday morning it was discovered Serrano-Vitorino cut himself with a safety razor in a suicide attempt.

The Montgomery County Sheriff's Office said ambulance personnel were summoned, and Serrano Vitorino was transported to the hospital. He is under guard and in stable condition.

On Wednesday afternoon, Serrano-Vitorino was also charged with first degree murder, armed criminal action and burglary in Montgomery County. If guilty, he could face the death penalty.

A preliminary hearing is set for April 28 at 1:30 p.m. Serrano has requested and was approved for a public defender.

No bond was was set for Serrano in Montgomery County.

Instead of a wedding anniversary, victim's widow plans a funeral

Kansas City, Kansas police said on Monday night, police responded to a shooting in the 3000 block of South 36th Street. When officers arrived they found three men dead from apparent gunshot wounds. A fourth victim was transported to an area hospital where he later died from gunshot wounds.

A neighbor told 41 Action News that Serrano-Vitorino lived next door to the home where the four victims were found.

It’s unclear what may have led to the murders.

Family members told 41 Action News two of the victims in the homicide are Clint Harter and Austin Harter.

Harter’s wife, Ruth, says they were two weeks away from their eighth wedding anniversary.

Ruth received a call at work that something was wrong.By the time she rushed home, police confirmed her worst fear. She had spoken with Clint just a few hours before his death.

‘I said ‘hey what are you doing?’ He kept telling me stuff and all of a sudden it was ‘just babe, babe, babe,” Harter said.

The four deaths left many in disbelief, including Audrey Ragan. She takes care of her mom, who lives across the street from the Harters.

“My legs went numb I couldn't believe it,” Ragan said.

“He would get [them] out occasionally and drive, “ Ragan said. “He was pretty proud of them.”

But above all he devoted his heart to his daughter, Zoivanii, with another child on the way.

“I will keep his memory alive my girls will know how much he loved them,” Ruth Harter said.

Besides a funeral, the family is planning a candle vigil later in the week at the site where the shooting happened.

The Harter family has set up a GoFundMe to help with funeral costs and other expenses.

A vigil for the victims was held at 7 p.m. Tuesday. Another vigil will be held Wednesday at 6 p.m.

According to the Department of Homeland Security, the U.S. Immigration and Customs Enforcement (ICE) previously deported Serrano-Vitorino, an undocumented immigrant from Mexico, in April 2004.

He illegally returned to the U.S. on an unknown date.

Despite the ICE detainer and his criminal history, he was “subsequently released from local custody without ICE being notified,” the Department of Homeland Security said.

The Johnson County Sheriff’s Office is also looking into the case.

“ICE continues to monitor the case and will place another detainer on Serrano-Vitorino if he is again taken into local custody,” according to a statement from the department.

The Wyandotte County Sheriff’s Office confirmed to 41 Action News he was arrested in June 2015 for alleged domestic violence. He was released on his own recognizance.

Serrano-Vitorino to be prosecuted in Missouri and Kansas

Missouri Attorney General Chris Koster will assist Montgomery County prosecutor Nathan Carroz in the case against Serrano-Vitorino, according to a release from Koster's office.

“This is an unimaginable tragedy for the family and friends of Randy Nordman and the four men murdered in Kansas City, Kansas,” Koster said.  “My office will work tirelessly to bring justice for Mr. Nordman.”

Serrano-Vitorino will be prosecuted in Missouri prior to proceedings in Kansas.