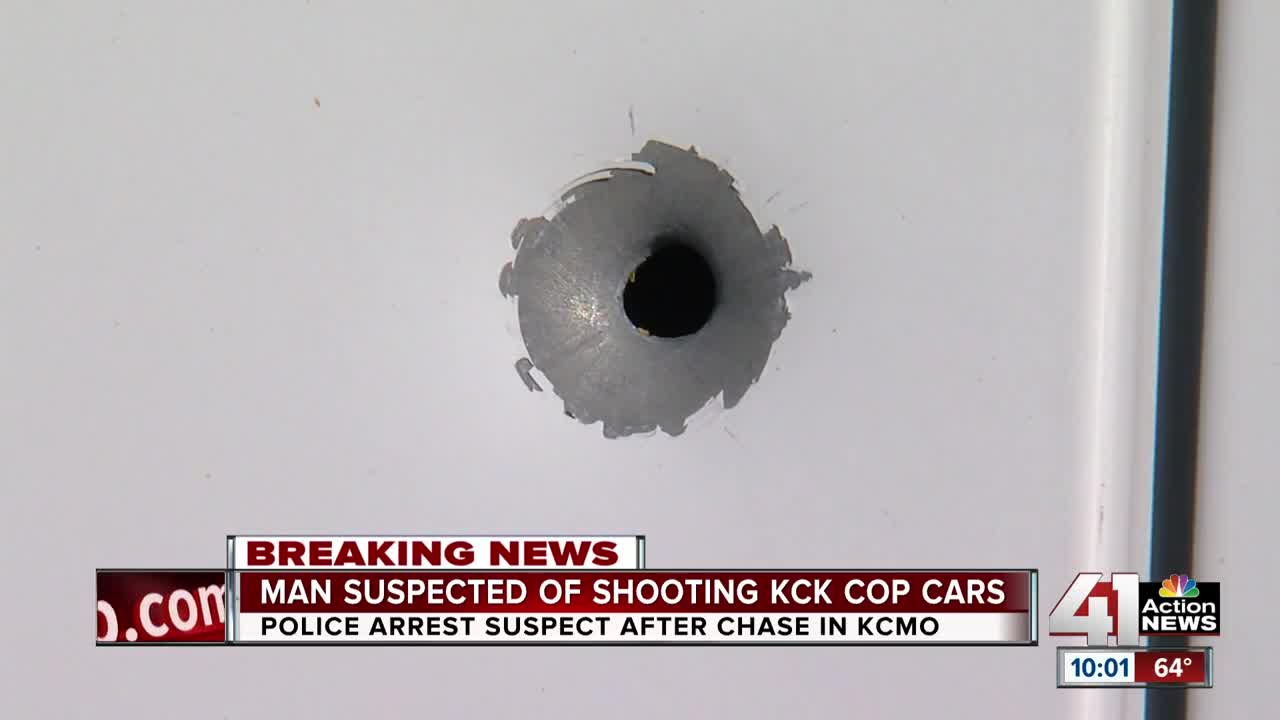 Two Kansas City, Kansas police vehicles were damaged by gunfire on Monday morning, according to the police chief. 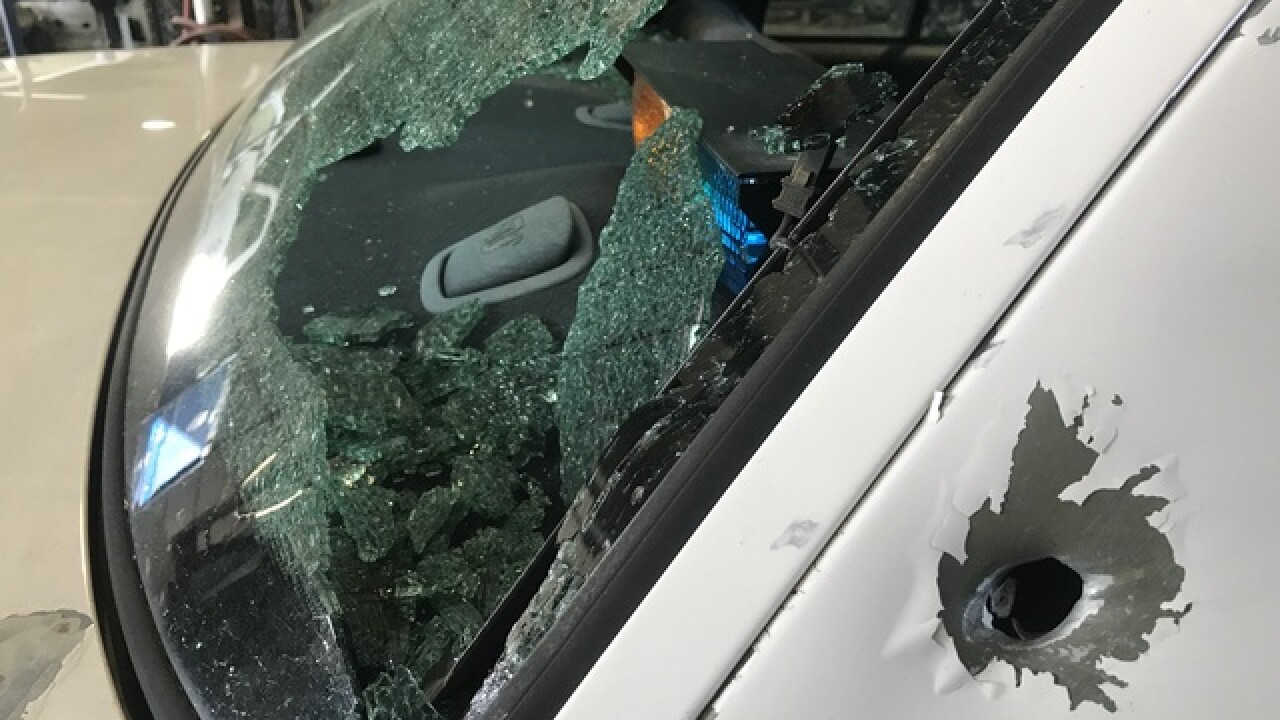 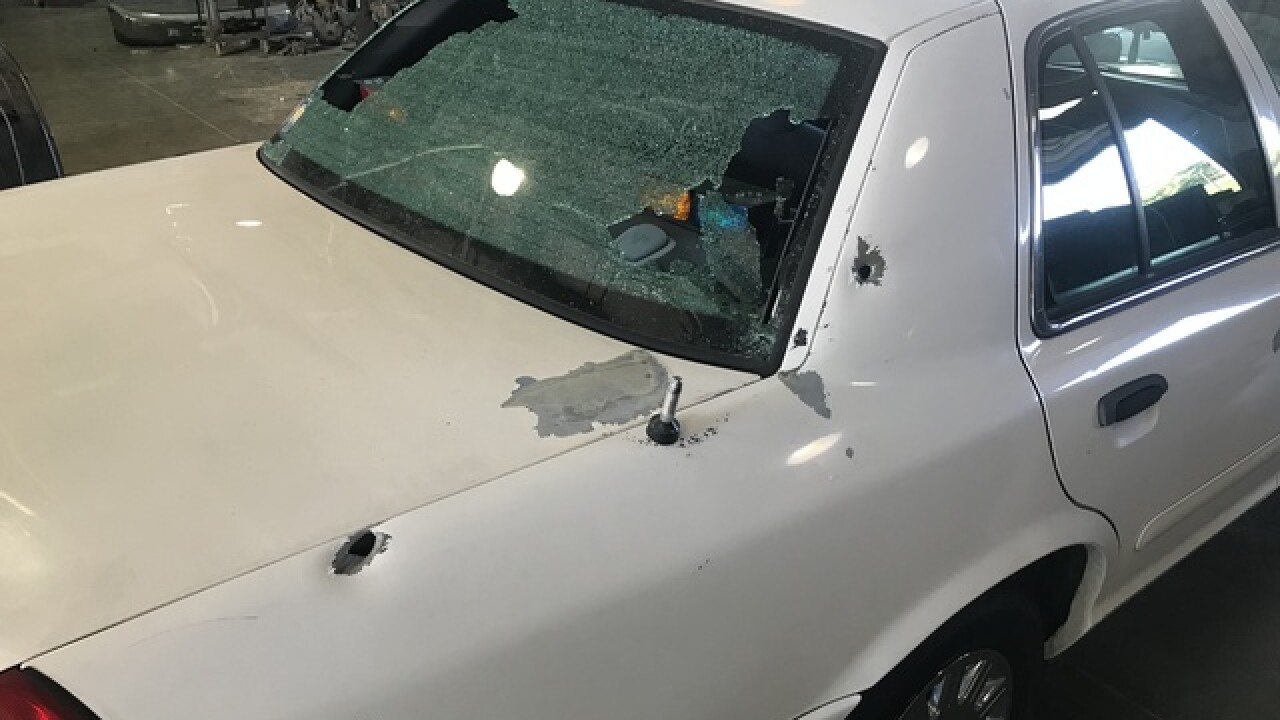 The vehicles were struck around 11:50 a.m. near the department’s traffic unit at 6000 Leavenworth Road, police said. No injuries were reported.

The suspect was captured Monday evening. He allegedly led police on a brief chase through Midtown Kansas City and into the West Bottoms. He was arrested on Wyoming Street near the I-670 bridge.

After the initial shooting, witnesses told police that they saw a man wearing construction-type gloves shooting out of the driver’s side window of a grey Ford Escape. After the shots were fired, the vehicle drove “at a high rate” through the parking lot and fled eastbound on Leavenworth Road, police said in a news release. 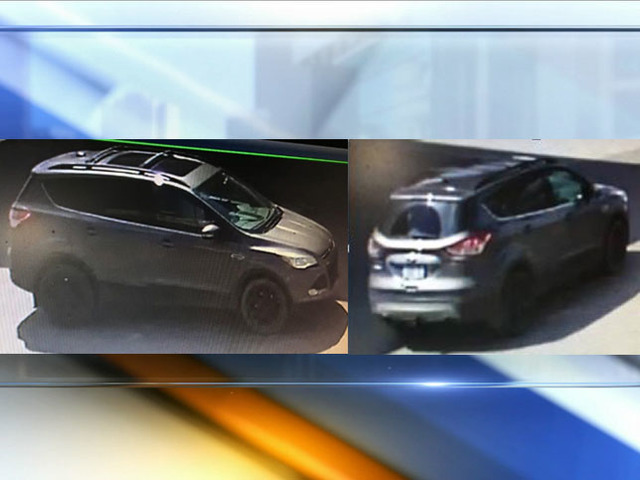 The vehicle appears to have dried mud on the front tires, black rims, a sunroof and tinted back windows, and no front license plate.

Police believe the suspect had been targeting the department's traffic unit because of increased enforcement. Over the last month, officers have been cracking down on speeding and other traffic violations.

"The frustration may be aimed at the police department but at the same time other people could be injured or hurt, or even worse, killed because of this frustration," said officer Jonathon Westbrook with the Kansas City, Kansas Police Department.