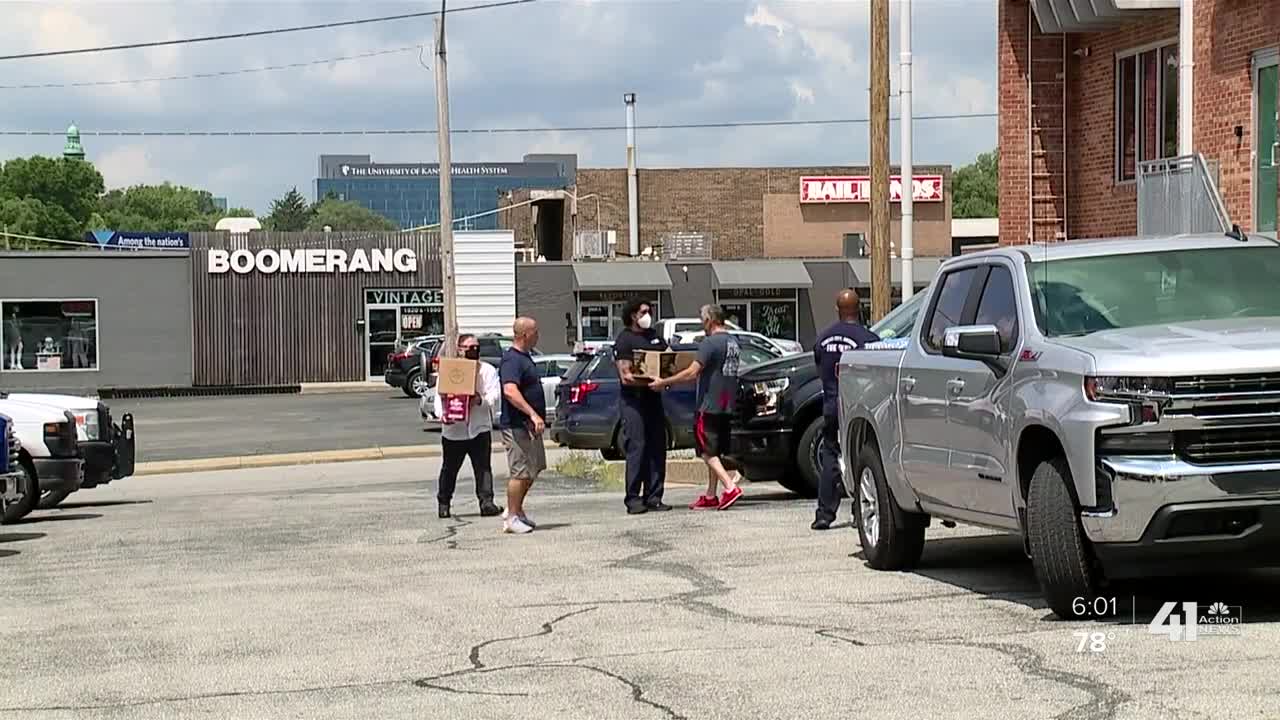 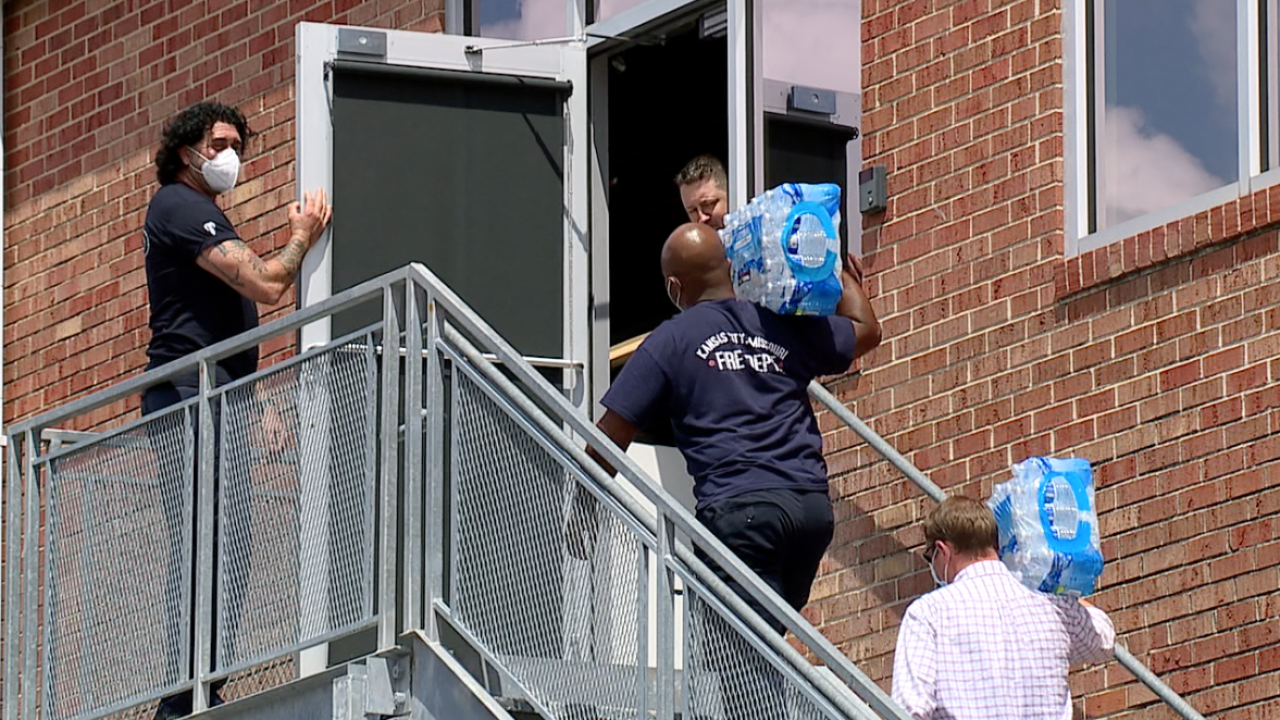 The department is still reeling from two separate incidents Thursday in which officers were shot.

"He's moved some of his limbs, which is a very promising sign," Smith said. "The neurosurgeon seems very optimistic about surgery and what could be done. He did very well and hopefully, that will enhance his healing process as he goes forward."

The officer was in critical condition Friday night at Truman Medical Center, according to a police spokesperson.

The officer's family is grateful for the outpouring of support from his fellow officers and the community, the spokesperson said.

Kansas City, Missouri, firefighters came out to the Fraternal Order of Police lodge Friday to cook lunch for officers.

Tim Dubin, President of Kansas City Local 42 Firefighter Union, said the departments have always had a friendly rivalry and are always there to support each other during difficult times.

"We have a lot of fun with each other, but when things are down like this we always have each other's back," Dubin said.

Dubin spoke about the difficult job firefighters and police have every day they put on their uniforms.

"Our job's tough, and we love the community we work in, and we continue to show up every day when they need us," Dubin said. "We just want everyone to support their public safety officers and know that we do the best we can every day, and we're going to continue to do that and continue to serve this community.

Kansas City, Missouri, Fraternal Order of Police President Brad Lemon said the last 24 hours have been crushing for officers. Lemon said he couldn't recall a time in his career when two officers were shot in separate incidents on the same day.

"I think as a cop, it brings back a lot of bad memories of losing friends and funerals and those type of things and then makes you wake up and realize we have a job to do," Lemon said.

Lemon said he can't wrap his head around the senseless violence Kansas City has seen in recent weeks.

"It just doesn't make sense that we've got these young kids and people needlessly dying and getting ready to hit 100 homicides in an incredibly vibrant and beautiful city," Lemon said.

Lemon said the FOP is providing peer counseling, members of the clergy, and psychologists to officers in the wake of Thursday's shootings.