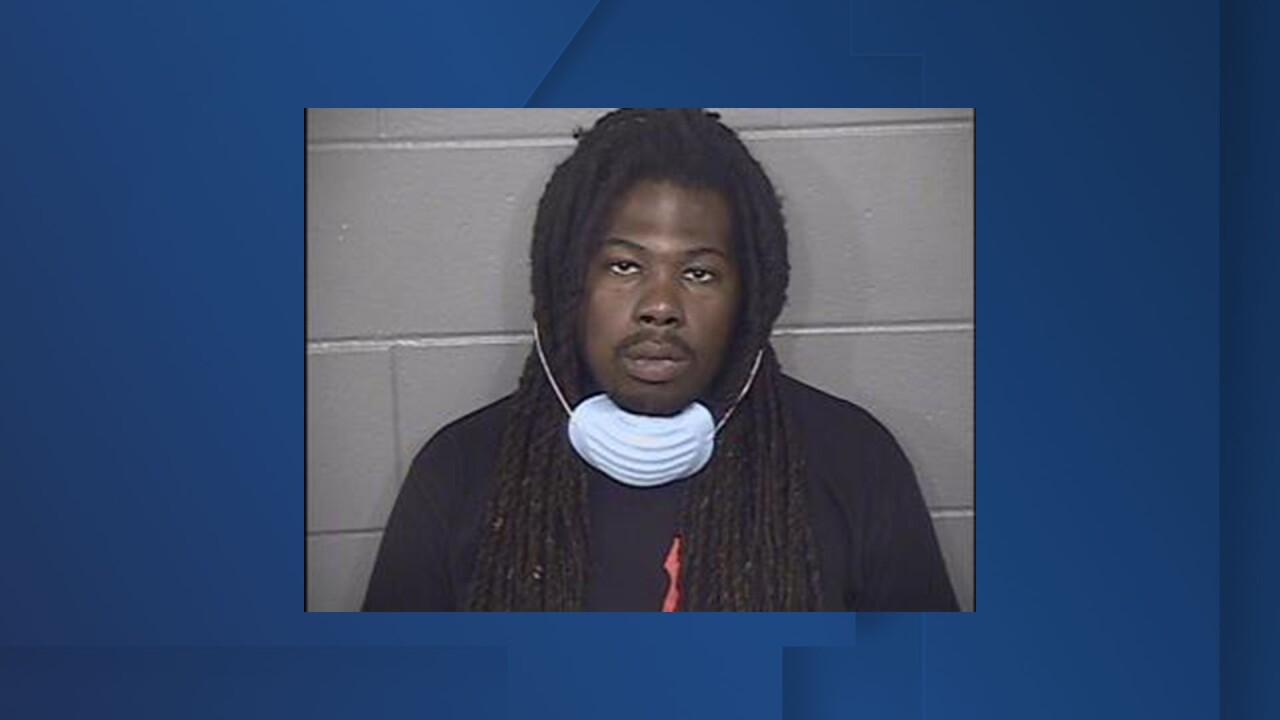 Jackson County Detention Center
Isaiah Staples, 27, is charged with unlawful use of a weapon, armed criminal action and unlawful possession of a firearm in connection to a Sunday, Sept. 13, 2020, shooting in Westport.

KANSAS CITY, Mo. — A 27-year-old man has been charged after allegedly discharging a firearm Sunday morning in Westport.

Isaiah Staples is charged with unlawful use of a weapon, armed criminal action and unlawful possession of a firearm.

The officers saw Staples allegedly shooting toward people in a parking lot, then running from the scene.

Officers arrested Staples and found a handgun in a nearby trash can.

After a check of area hospitals for possible victims, KCPD determined it was likely no one was injured in the shooting.

41 Action News reported Sunday that one of the officers shot at Staples, who is being held in the Jackson County Detention Center on a requested $75,000 cash-only bond.