OLATHE, Kan. – The man behind bars on charges of child endangerment and abandoning a corpse made several surprise court filings this week.

According to court documents obtained by 41 Action News, Justin Rey filed eight new motions. Among the motions included a request to dismiss the case, a motion that he be ruled competent and a request to change the venue. 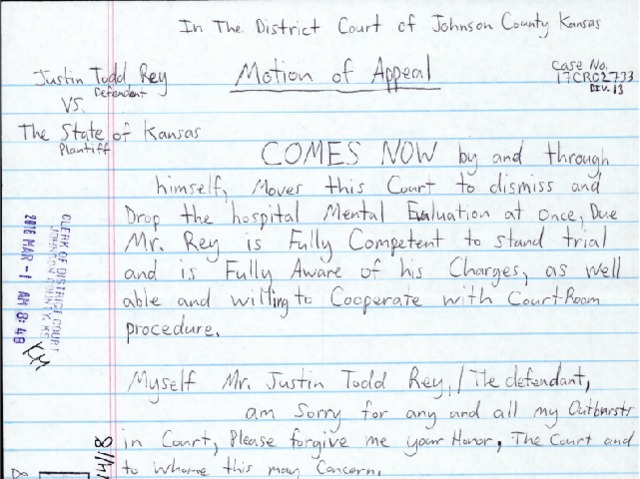 Rey was ordered to undergo a 90-day mental health evaluation after a series of outbursts in Johnson County District Court. There is a hearing scheduled for Thursday, March 8.

Last October , Rey was arrested at a Lenexa storage unit and charged in Johnson County with child endangerment and child misconduct. Investigators later discovered a dismembered body in a cooler inside the storage unit. That body was identified as Jessica Monteiro Rey .

Then in November , Jackson County, Missouri Prosecutors charged Rey with abandoning his wife’s corpse and an additional child endangerment charge.