Olivia Jansen's grandparents concerned about her well-being before her death 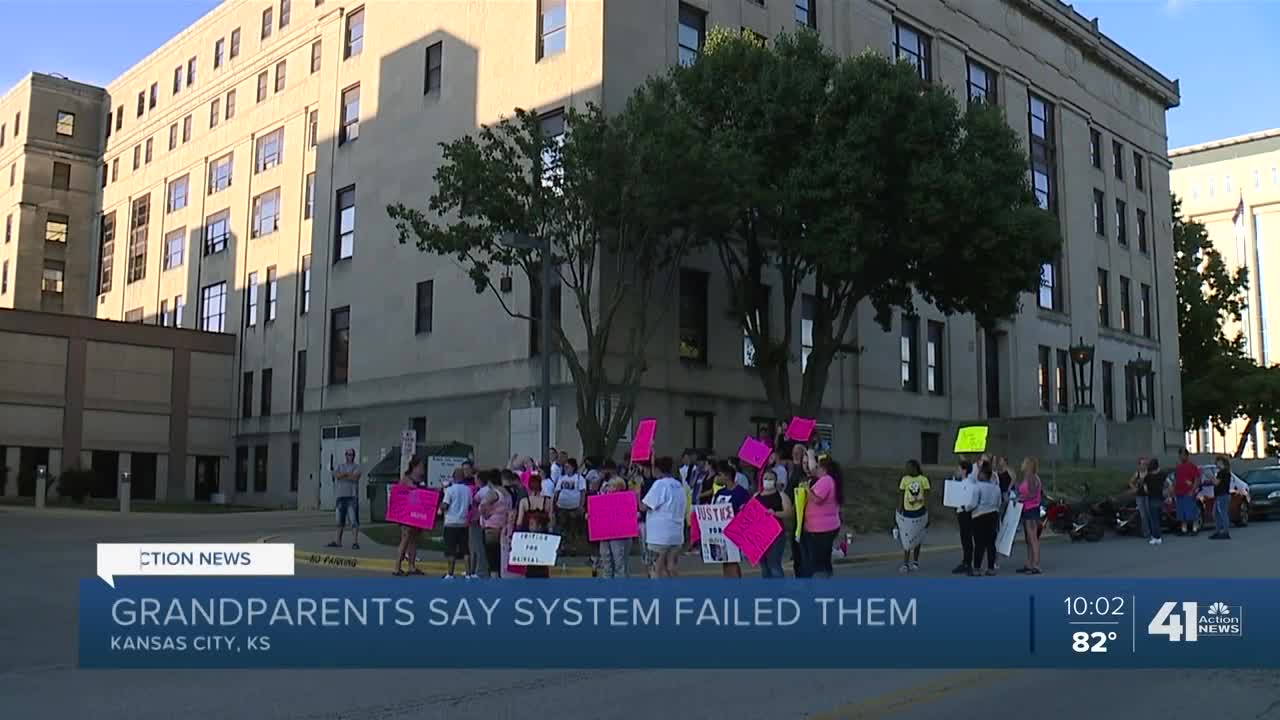 During Sunday's announcement of murder charges against the father and his long-time girlfriend in the death 3-year-old Olivia Jansen, the district attorney said if someone sees potential child abuse to say something. Olivia's grandparents said they went through the proper channels and now believe the system failed them. KANSAS CITY, Kan. — During Sunday's announcement of murder charges against the father and his long-time girlfriend in the death 3-year-old Olivia Jansen, the district attorney said if someone sees potential child abuse to say something. Olivia's grandparents said they went through the proper channels and now believe the system failed them.

The grandparents of Olivia Jansen, Elisabeth Jansen and Howard Jansen II, joined a crowd outside the Wyandotte County courthouse calling for justice in the death of the toddler.

A grim end they said they tried to prevent.

"She was always so unhappy to go home," Elisabeth Jansen said. "She would frown and say, 'You love me? You’re not mad at me? I come back? I come back?' (sic) and I told her 'I will hurt anybody who that keeps you away from me.'"

That was back in March, the last time Elisabeth said she saw her granddaughter.

Recently, both grandparents grew worried over Olivia's well-being. They said they called Kansas City, Kansas, police and eventually the Kansas Department for Children and Families, better known as DCF.

"Because they wouldn't do anything other than knock at the door--and so I was on the phone with them June 22 for 23 minutes telling them everything I could think of to tell them, and then they sent me an email on Thursday that I can send them more stuff but for me to know they wouldn’t be contacting me," Elisabeth said.

Then both grandparents got a heart-wrenching call Friday from Olivia's father.

In a statement, the head of DCF, Secretary Laura Howard wrote, in part, "The Kansas City community should know that DCF has a comprehensive process for review of critical incidents in order to quickly identify any agency or contractor policy or procedural issue that needs to be addressed."

"You can do everything right and still something so bad and so wrong happens," Dupree said Sunday during a press conference announcing the charges, "and I don’t know the answer to that."

Olivia's grandparents plan to share their story far and wide to make sure this doesn't happen again.

"I don’t want any child to go through what Olivia I know went through ever--any parent, grandparent I don’t them to go through this," Elisabeth said.