Police break up massive brawl at Worlds of Fun 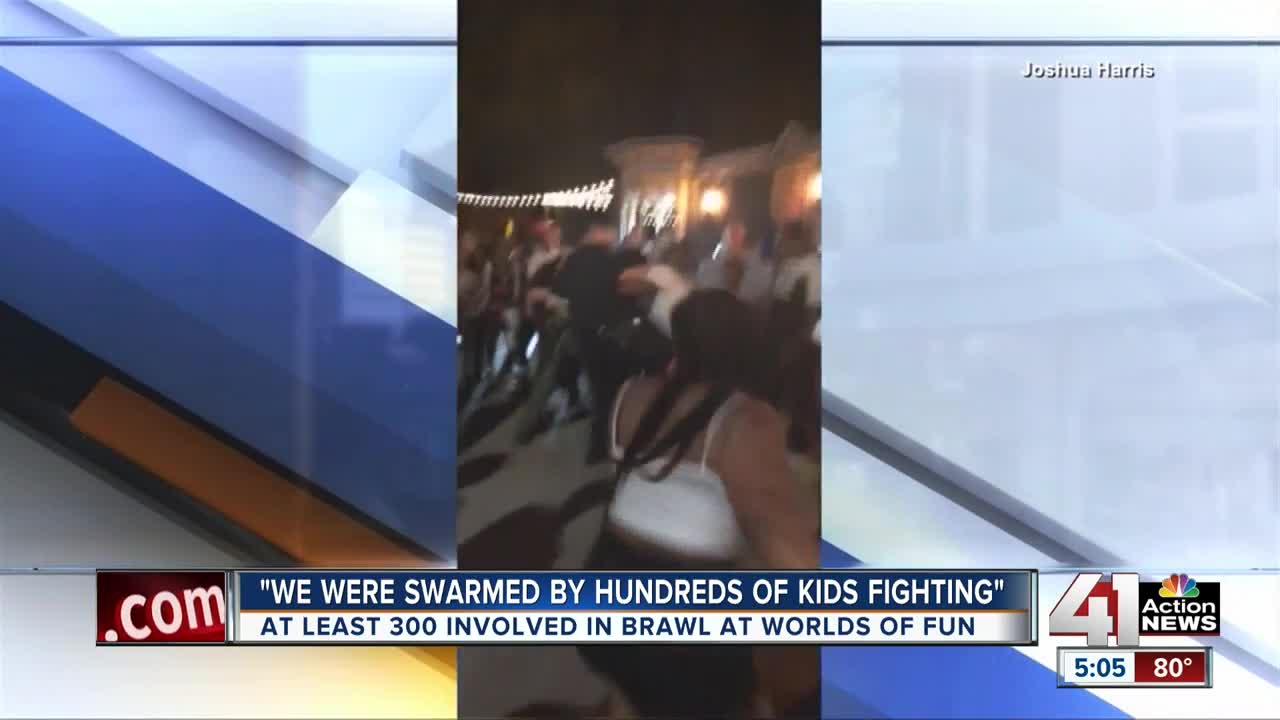 Dozens of teenagers were involved in a fight that required a massive police response Saturday night at Worlds of Fun. 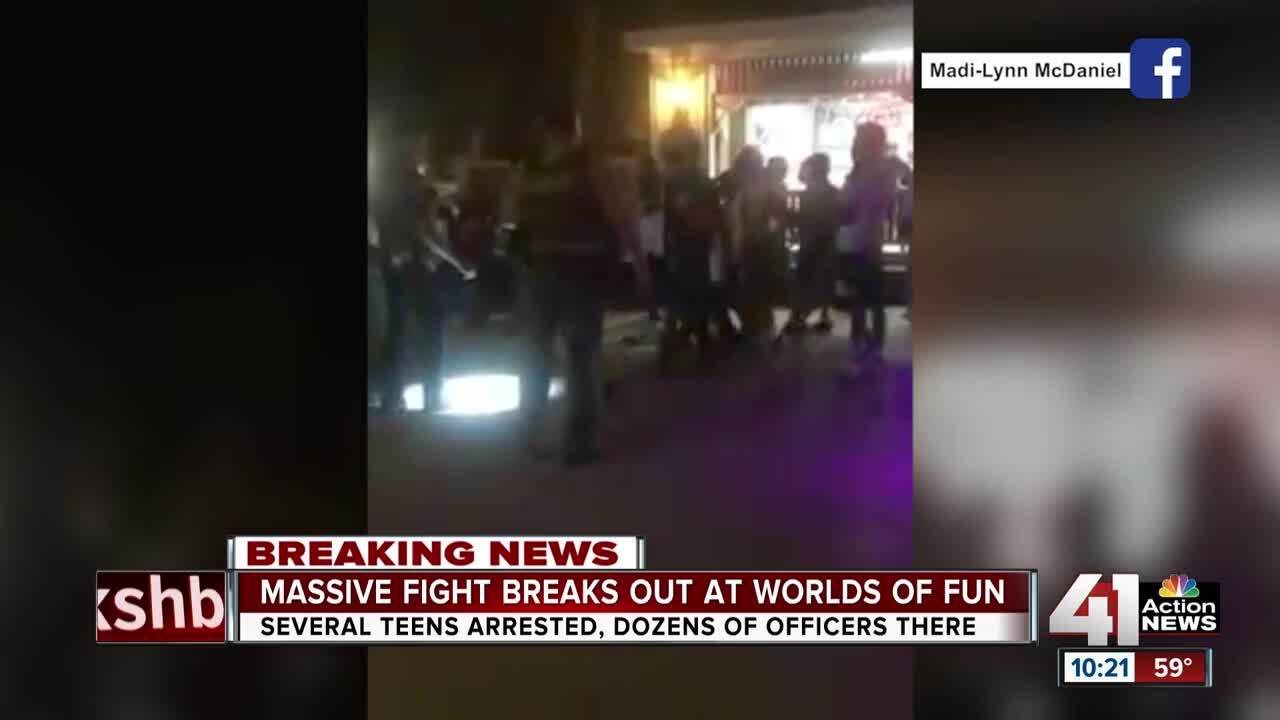 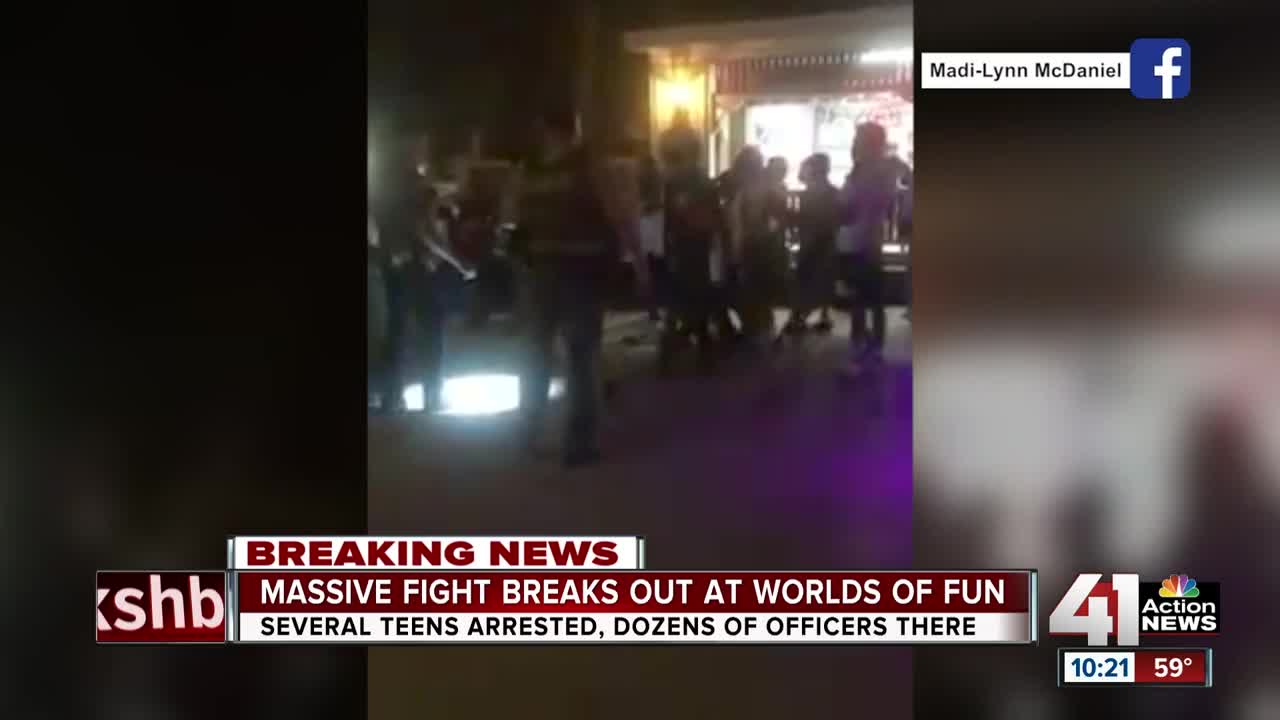 KANSAS CITY, Mo. — Hundreds of people, mostly teenagers, were involved in a fight that required a massive police response Saturday night at Worlds of Fun.

The Clay County Sheriff’s Office issued an assist-the-officer call about a half-hour before the park was scheduled to close, requesting help from any available law-enforcement officers from surrounding departments.

"There was an altercation in the park tonight," Worlds of Fun said in a statement issued early Sunday morning. "The altercation was broken up by local and park authorities and the guests were removed from the park. The safety and security of our guests and employees is at the core of what we do. The authorities responded quickly and handled the situation appropriately."

Dozen of officers from the Pleasant Valley, Liberty, Northtown and Kansas City, Missouri, polce departments responded in force around 9:30 p.m. to help quell a disturbance.

The Clay County Sheriff's Office confirmed Sunday on Twitter that it needed help to "disperse an unruly group of teenagers starting fights," but that there were no injuries reported.

"It was very nerve-racking," said Joshua Harris, a Worlds of Fun employee who witnessed the brawling. "I was really worried about my friends the whole time, trying to see where they were."

Eye witness Madi-Lynn McDaniel was at Worlds of Fun when the fight erupted.

"We were headed to the back of the park and all of a sudden we just head a bunch of screaming and yelling and (there were) flashlights," McDaniel said. "Before you know it, we were just swarmed with hundreds of kids just fighting. ... You shouldn’t have to go to Worlds of Fun and worry there’s going to be a massive brawl."

Several people were detained as the crowd poured into the parking lot and officers attempted to disperse the crowd. One person was cited for a peace disturbance and released at the scene, but there were no arrests made.

"It's unfortunate that families & children had their evening disrupted by these events," the Clay County Sheriff's Office said on Twitter. "We will continue to work with WOF to ensure the safety of their guests & staff."

(2/2)The group of bad actors at WOF only represent a fraction of guests that were there to enjoy the attractions. It's unfortunate that families & children had their evening disrupted by these events. We will continue to work with WOF to ensure the safety of their guests & staff.

After approximately 300 people, mostly teens, were shepherded into the parking lot, the chaos continued. The entire ordeal was frightening for those who witnessed it.