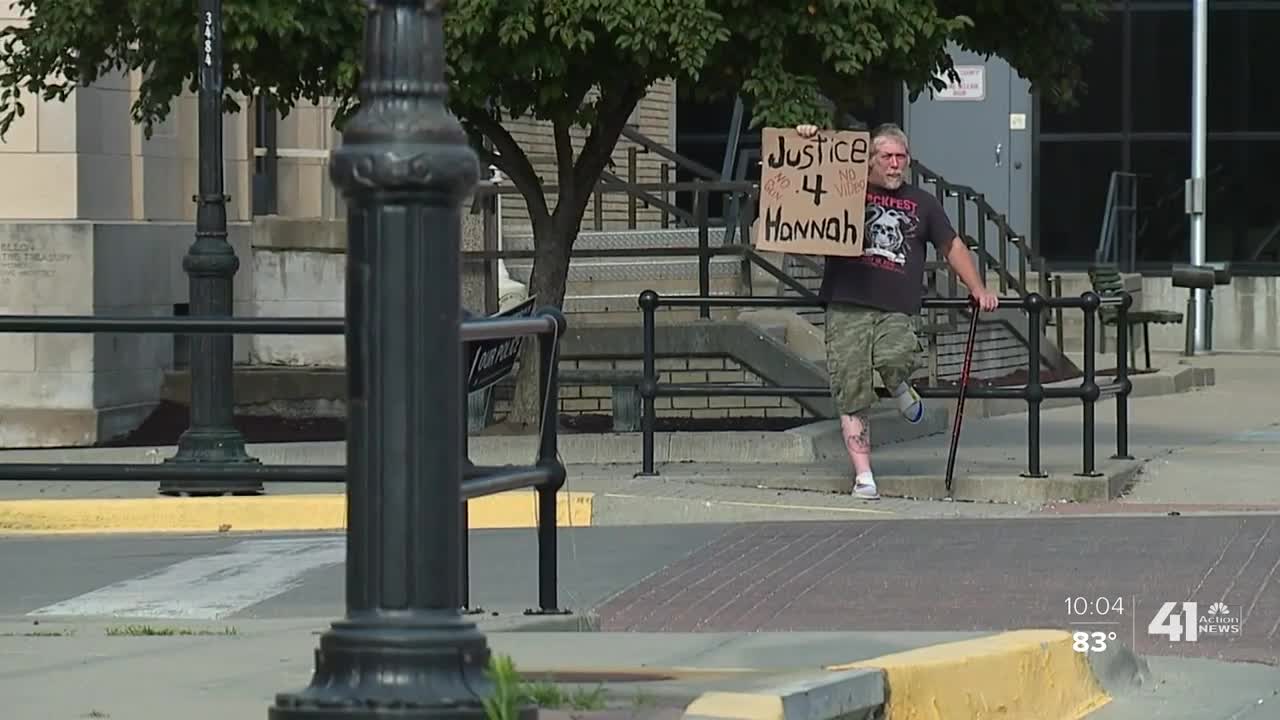 SEDALIA MO. — Hannah Fizer, 25, was shot and killed by a Pettis County sheriff's deputy during a traffic stop on Saturday night. The sheriff's office said she threatened to shoot the deputy, but now investigators say there wasn't a weapon in her car.

Travis Dillon, upset over Fizer's death, joined a handful of protesters outside the Pettis County Sheriff's Office on Tuesday.

"It's unjust they shot her for no reason at all," Dillon said.

Fizer, who was on her way to work, caught the attention of a Pettis County deputy for what they described as careless driving near U.S. Highway 50 and Winchester Drive.

"The subject made a comment that she had a weapon and was going to shoot the officer and went for something in the vehicle and [the] deputy fired," Captain Tolbert Rowe, of the Pettis County Sheriff's Office, told 41 Action News.

But those close to Fizer said that's uncharacteristic of her.

"Show some proof that the only last resort was to do what he done, was to shoot her," Linda Grande, a family friend told KOMU-TV. "Why did he feel so threatened by a 140-pound little girl who was on her way to work?"

The Missouri State Highway Patrol, who is leading the investigation, said they didn't find any weapons during a search of Fizer's car.

"But it's not the only thing. You know, there's other evidence that you have to look at," Sgt. Bill Lowe, a spokesperson for the Missouri State Highway Patrol, said.

Investigators are now relying on security cameras from nearby businesses for video because the deputy's cruiser didn't have a working dash-camera and the deputy wasn't wearing a body camera, which the agency used to have.

"At one point, we did have, I believe, a software or a hardware issue with the cameras themselves, with the in-house server that was on it and then we had an issue with the batteries," Rowe said. "So a lot of the cameras were not functioning, and it is almost best to have –if you don't have complete, functioning equipment, it's better to have no equipment [than] something that doesn't work."

The lack of that tool, along with the actions that led up to Fizer's death, are drawing a critical eye to the sheriff's office.

"There's other ways around when you get pulled over, not just pulling a gun out and shoot somebody," Dillon said.

The deputy who fired the weapon is on paid leave while the investigation continues.

Since her death, Fizer's family has retained an attorney.