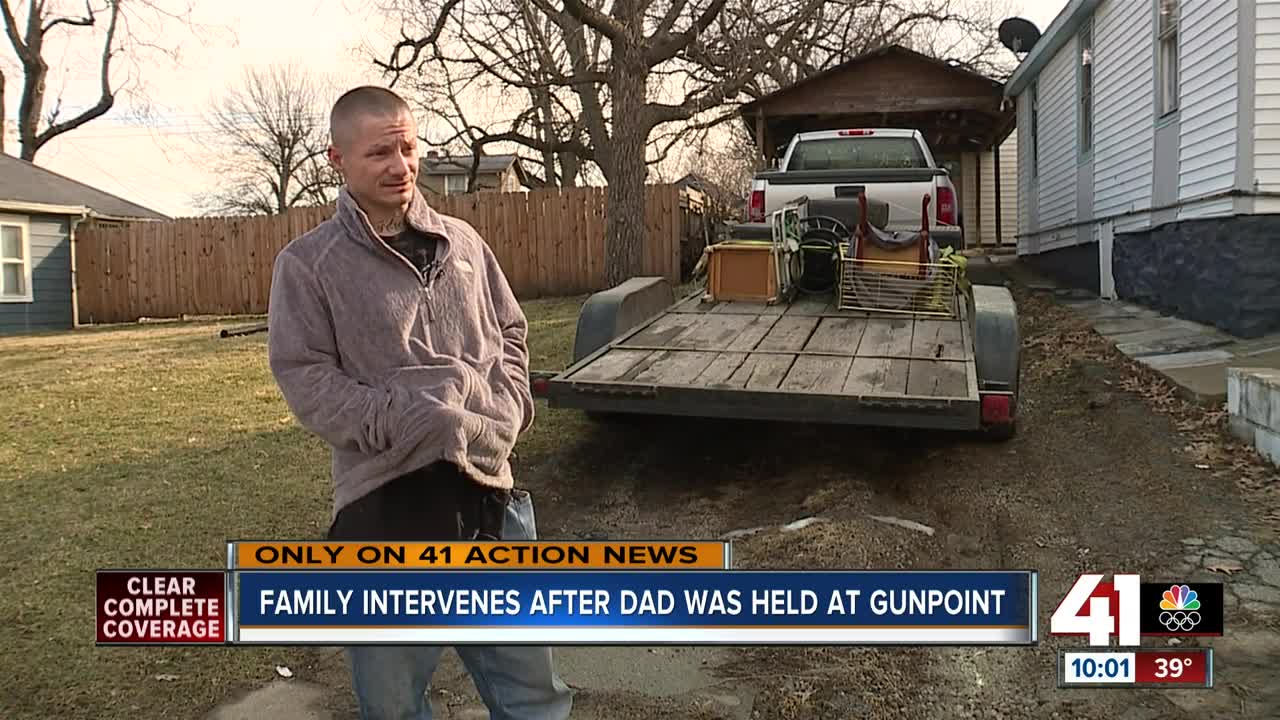 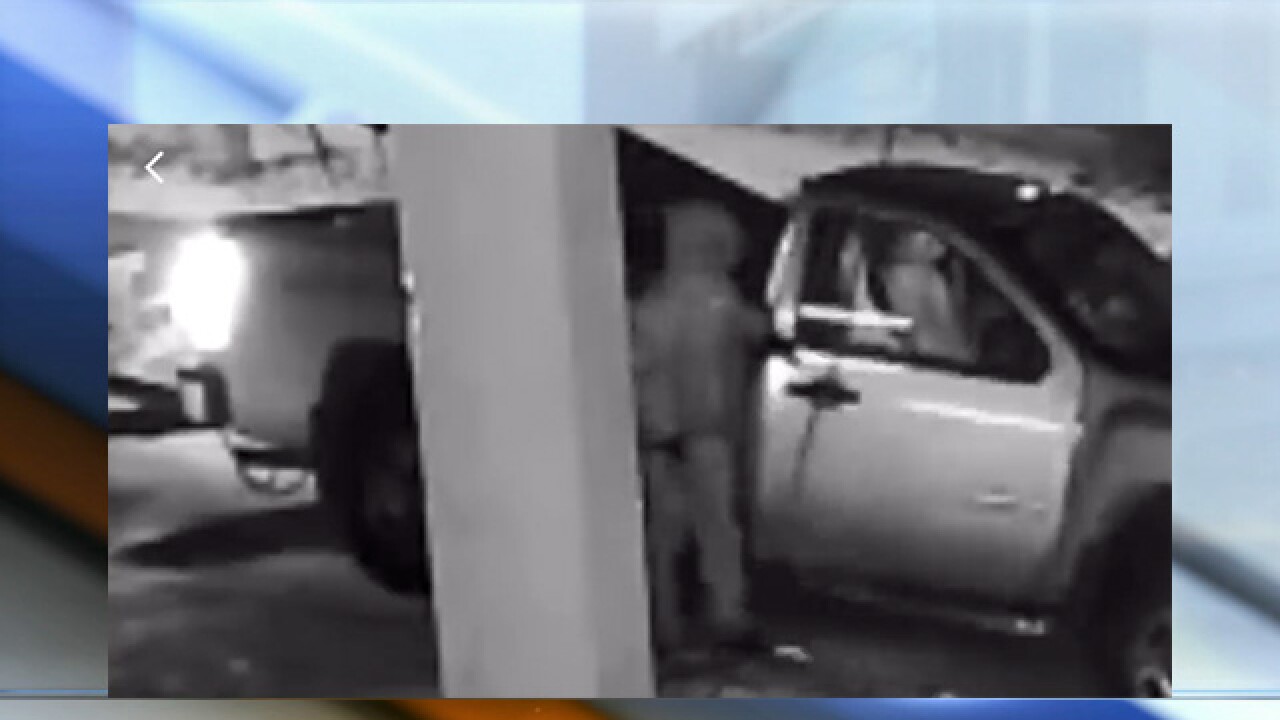 KANSAS CITY, Mo.-- — On Valentine's Day, Kirsten Tennison's father was getting his truck ready to give his girlfriend a lift outside of his Marlborough home when a man creeped up.

"He thought it was a joke,” Tennison said, “just a neighbor coming up just playing around with them so he pushed him back. But then also he realized when he saw red laser on him, he realized that it was not a joke. And he's just cooperated with the dude."

The suspect wore a mask, held his gun in one hand and the victim in the other and made demands.

As the suspect rummaged through the truck, the victim's girlfriend stepped inside the house to let others know what was going on. That's when the victim's son-in-law, Vernon Tennison, stepped out.

The armed man only left with Kirsten's father keys and cell phone.

"He probably ain't familiar with driving the truck with a trailer, so [that’s] probably what stopped him a little bit," Vernon Tennison said. "I think he just wanted some fast money."

Although KCPD's crime map show assaults are common in the area near where the victim lives, there have only been four armed street robberies in the past six months.

"Everyone we know in this neighborhood, so it's really not really violent," Kirsten Tennison said. “I've heard about things – but nothing to us.”

As police search for the thief, Kirsten Tennison posted the video on social media for the public's help.

She also shared this message:

"Watch your surroundings for sure. You never know. No matter how long you've lived at a house, no matter who you think you know, you can't trust anybody.”

Anyone with information regarding this case, can call the KC Crime Stoppers Hotline at 816-474-TIPS (8477).