Nick Kastelan/KSHB
The pieces inside the Ethnic Art Gallery are appealing to eye. What isn't appealing is the shattered glass welcoming patrons after vandals again damaged businesses in the 18th and Vine Jazz District. 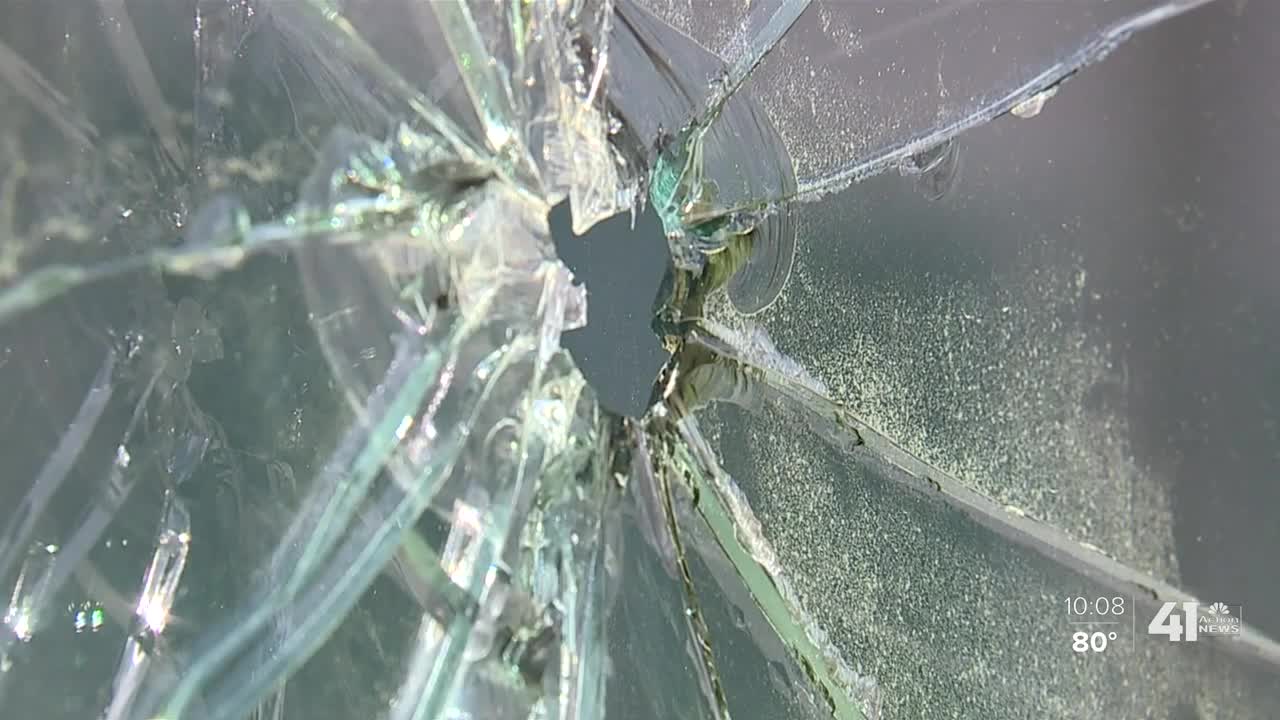 KANSAS CITY, Mo. — The pieces inside the Ethnic Art Gallery are appealing to eye. What isn't appealing is the shattered glass welcoming patrons after vandals again damaged businesses in the 18th and Vine Jazz District.

"When you get here, you don't know what to expect," Ron Chaney, director of the Ethnic Art Gallery told 41 Action News. "You don't know somebody broke in and has taken something. Fortunately, nothing was taken."

It's the second time in as many weeks vandals targeted the gallery, and this time several other Black-owned businesses in the 18th and Vine district also were hit.

"While you're certainly disturbed by it, you don't become disenchanted, because you know you believe in what you're doing and how special this district is," Bob Kendrick, president of the Negro Leagues Baseball Museum, said.

It's a district filled with history and determination to not let several damaged storefronts destroy their future.

In a statement the American Jazz Museum, which operates The Blue Room, said, "As a cultural anchor at 18th & Vine, we are deeply saddened by and disappointed in the senseless vandalism that occurred throughout the district, including The Blue Room, on Tuesday night. We stand with our neighbors and look to continue moving this community forward."

Kendrick said they're "going to have to look at measures to beef up security in this area."

"I can't say that if private security or the police department were there that there won't be people who would find, once they leave, to throw a rock in a window," Kansas City, Missouri, Mayor Quinton Lucas told 41 Action News. "More importantly, though, we need to make sure we support those businesses. We stand up with them as they're getting cleaned up and reopen."

It's that of kind of support Chaney needs as detectives track down the suspects in the most recent rash of crime.

"Even though negative things happen in this community, I like to be able to look at it from the positive side," he said. "The ethnic art gallery is surviving right here on 18th and Vine."

KCPD said property crimes detectives are in the early stages of their investigation. On Friday morning, police spokesman Sgt. Jake Becchina said though it appeared multiple businesses had been damaged, only one had filed a police report so far.

Based on the investigation and surveillance video, Becchina said the suspect is believed to be a man wearing a gray shirt and tan shorts.

If you know anything about these cases of vandalism call KCPD's Central Patrol Property Crimes detectives at 816-234-5515.