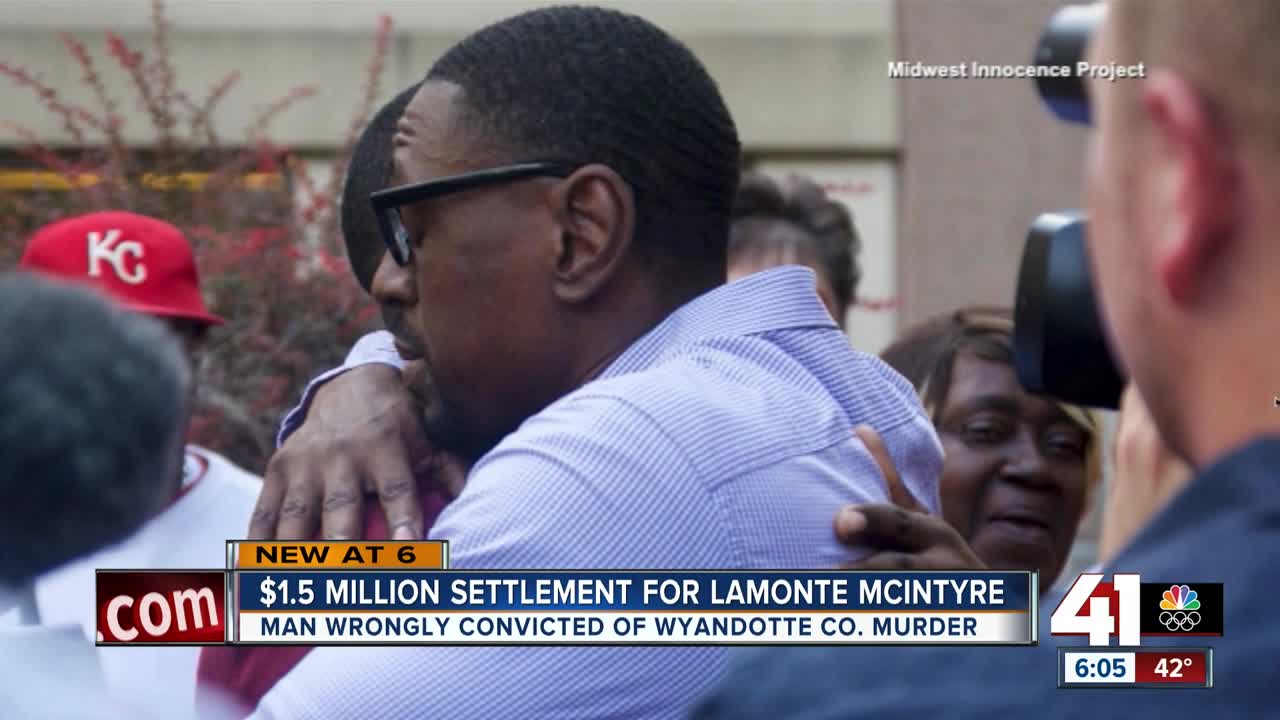 Less than a month after dropping its opposition to Lamonte McIntyre’s lawsuit for remuneration under Kansas’ wrongful-conviction statutes, the state announced a $1.5 million settlement in the case. 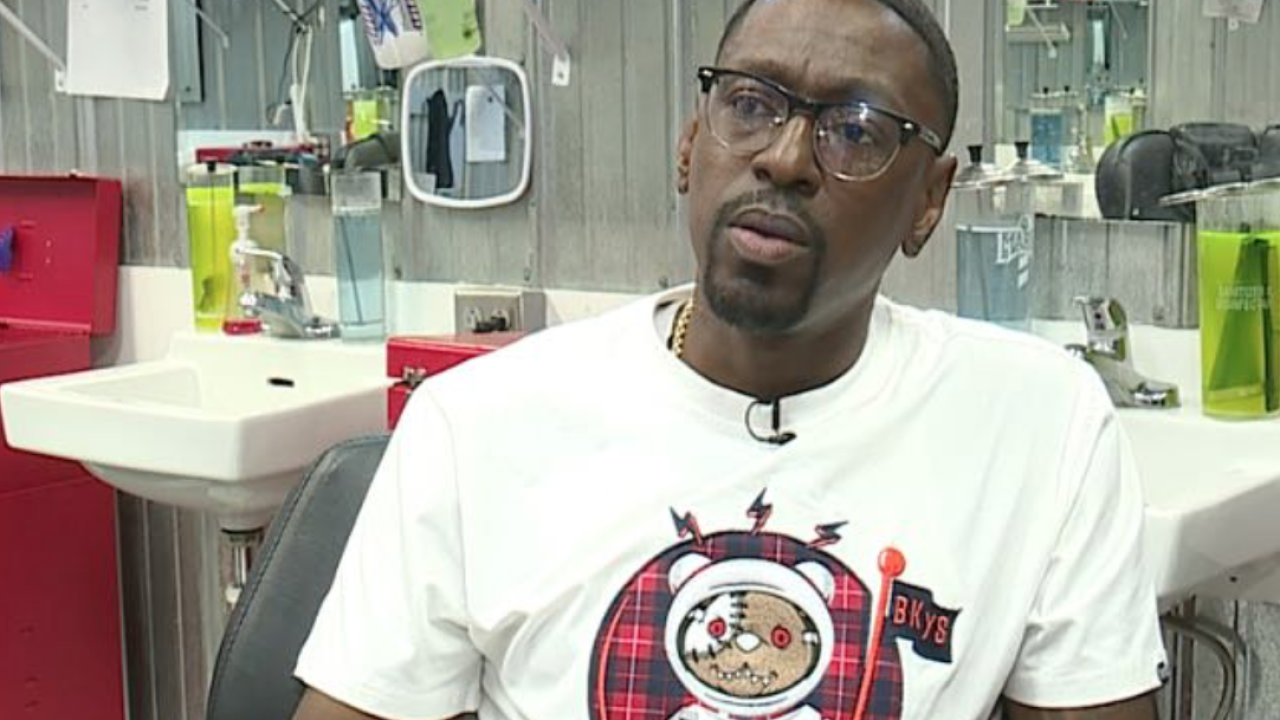 KANSAS CITY, Mo. — Less than a month after dropping its opposition to Lamonte McIntyre’s lawsuit for remuneration under Kansas’ wrongful-conviction statutes, the state announced a $1.5 million settlement in the case.

"Today, Lamonte McIntyre has been declared, finally and conclusively, a completely innocent man," McIntyre's attorney, Cheryl Pilate, said in a statement to 41 Action News. "That long-overdue recognition, along with the statutory payment and other benefits, will help lighten a bit the heavy load he has carried. Lamonte is grateful for the benefits of the compensation statute, but he knows his fight for justice is far from over. He and his mother, Rose McIntyre, will continue with their lawsuit against the Unified Government and the individual officers who are responsible for their 23-year nightmare. The individuals involved twisted the justice system to serve their own ends, not the needs of the community or the goal of truth-finding. No justice was served by their actions, and a full accounting of their wrongful conduct must occur."

A then-17-year-old McIntyre was arrested in 1994 for a double murder in Kansas City, Kansas. He received two life sentences in the case before a judge vacated the conviction and freed McIntyre in 2017.

His case helped spur changes to Kansas law, which previously offered wrongfully convicted individuals no compensation after their release from prison.

Former Gov. Jeff Colyer even publicly apologized to McIntyre when announcing the legislation, but Schmidt’s office initially found “the record of prior judicial proceedings … insufficient” to justify compensation in McIntyre’s case.

Schmidt told The Associated Press earlier this month that a review of more than 900 pages of new records from McIntyre’s attorneys and an ongoing review of the original murder case by the Kansas Bureau of Investigation changed his mind.

Kansas passed a wrongful-conviction statute in 2018, which allows individuals who served time for a crime the courts later determined they didn’t commit to receive $65,000 from the state for each year served in prison.

“We are committed to faithfully administering the state’s mistaken-conviction law as the legislature wrote it,” Kansas Attorney General Derek Schmidt said in a statement announcing the decision. “In this case, our office worked diligently to obtain and review all available evidence, including evidence identified but not provided in the earlier judicial proceedings. We were ultimately able to resolve all issues, satisfy all of the statute’s requirements, and agree to this outcome so Mr. McIntyre can receive the benefits to which he is entitled by law because of his mistaken conviction.”

McIntyre was also granted a Certificate of Innocence; expungement of his conviction, arrest and DNA profile; counseling; state health benefits in 2020 and 2021; and a tuition-and-fee waiver, including the cost of room and board along with books and other technical equipment, for up to 130 credit hours to work on a college degree.

The agreement must be reviewed by the State Finance Council before it is executed, but Schmidt requested an expedited review.

McIntyre and his mother also are suing the Unified Government over allegations a former Kansas City, Kansas, police officer, Roger Golubski, framed McIntyre for the crime after his mom spurned his sexual advances.