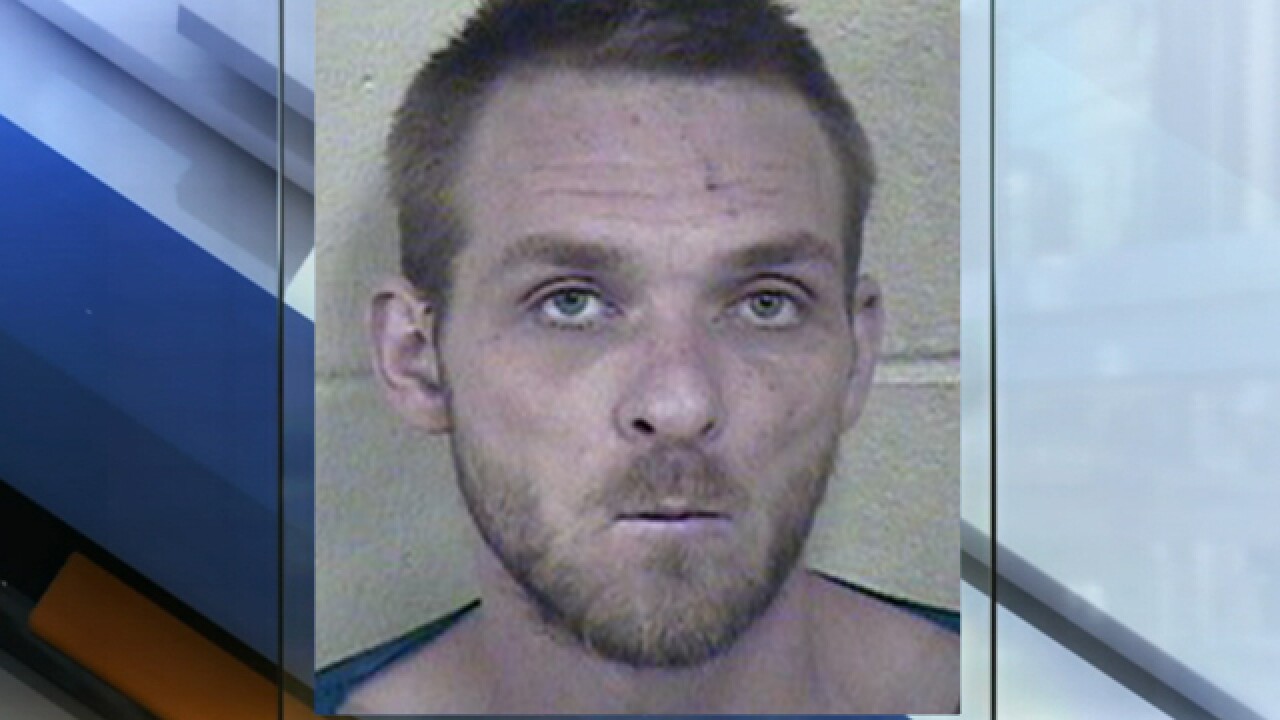 Jessep Carter is charged with second-degree arson. He's accused of setting fire to a home Friday on the 5900 block of Manchester.

According to the probable cause statement, firefighters from two different crews told police that Carter attempted to stop them from fighting the fire and admitted to setting it himself.

One firefighter claimed he heard Carter say, "This is my domain, I started the fire and you have no authority here."

When Carter was later interviewed by a bomb and arson detective and a KCFD fire investigator, he denied starting the fire. He reportedly said he was inside doing laundry when he saw smoke and left the home.

Carter's half-brother, Kylr Yust, is currently charged in the deaths of Kara Kopetsky, who disappeared in 2007, and Jessica Runions, who was last seen leaving a party with Yust in 2016. Runions's car was later discovered burned.

The same day that Runions's car was discovered burned, Carter was pulled over by a Henry County Sheriff's Deputy with Yust in his vehicle. Carter is accused of fleeing that traffic stop and is scheduled to go to trial on Oct. 16, 2018.

In the murder charges filed in Cass County, 41 Action News learned Carter saw Yust set Runions's car on fire and drove Yust to a trailer in Edwards, Missouri. Once he dropped him off, Carter called Belton Police. Charging documents state Carter told detectives what Yust said to him, what he saw and where Yust was staying.

Carter was also accused of attacking his ex-girlfriend in October 2016.