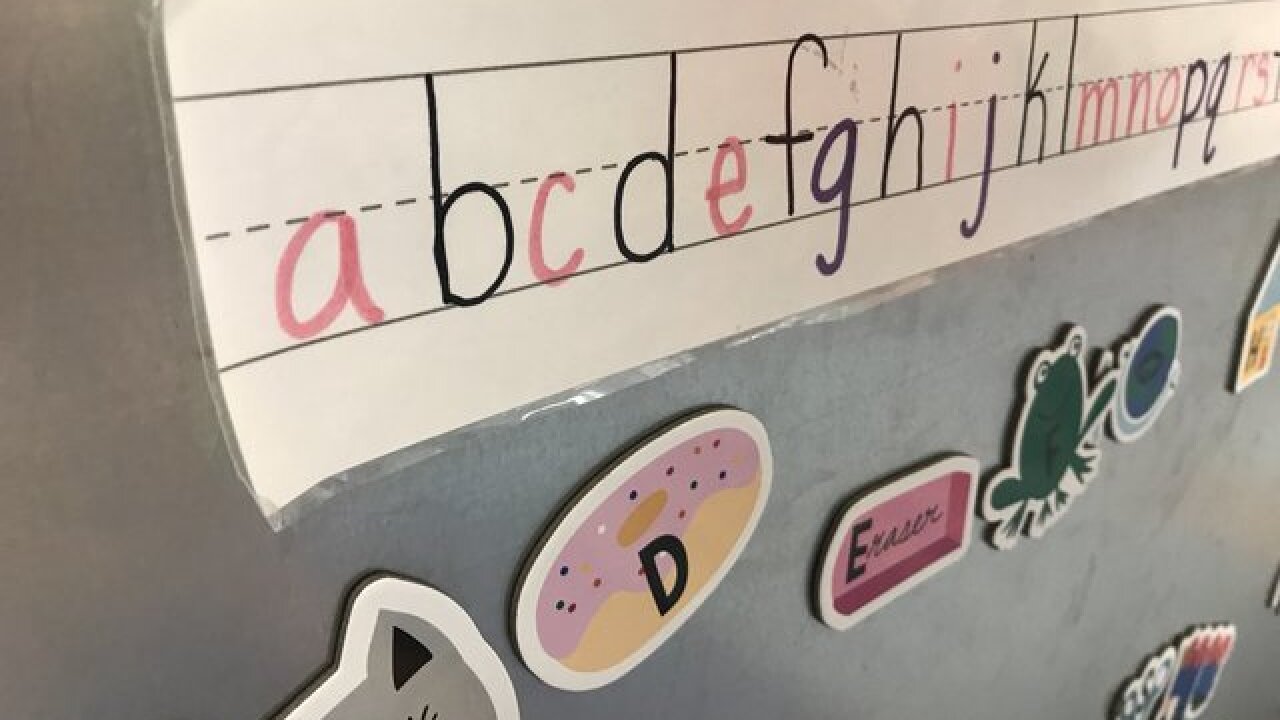 Copyright 2018 Scripps Media, Inc. All rights reserved. This material may not be published, broadcast, rewritten, or redistributed.
<p>This school years marks the fifth year the Hickman Mills School District has offered free all day pre-K to every 4-year-old in the district. Photo by Ariel Rothfield/KSHB</p> 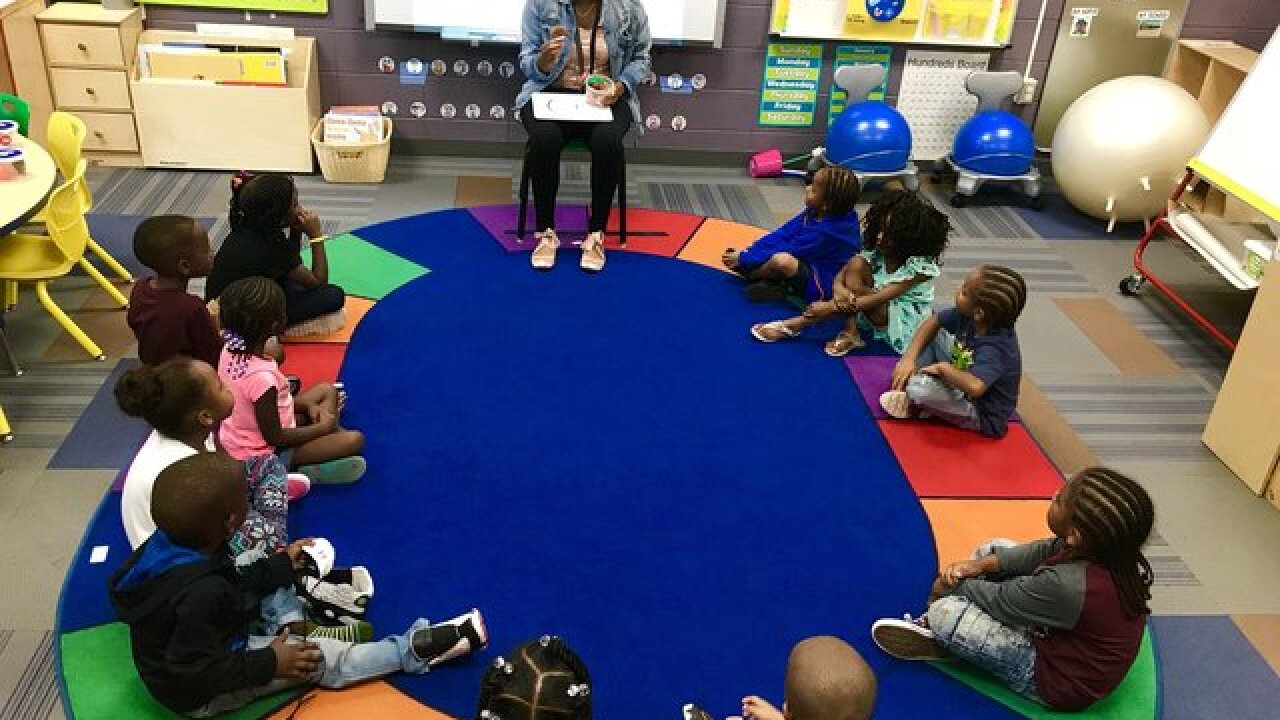 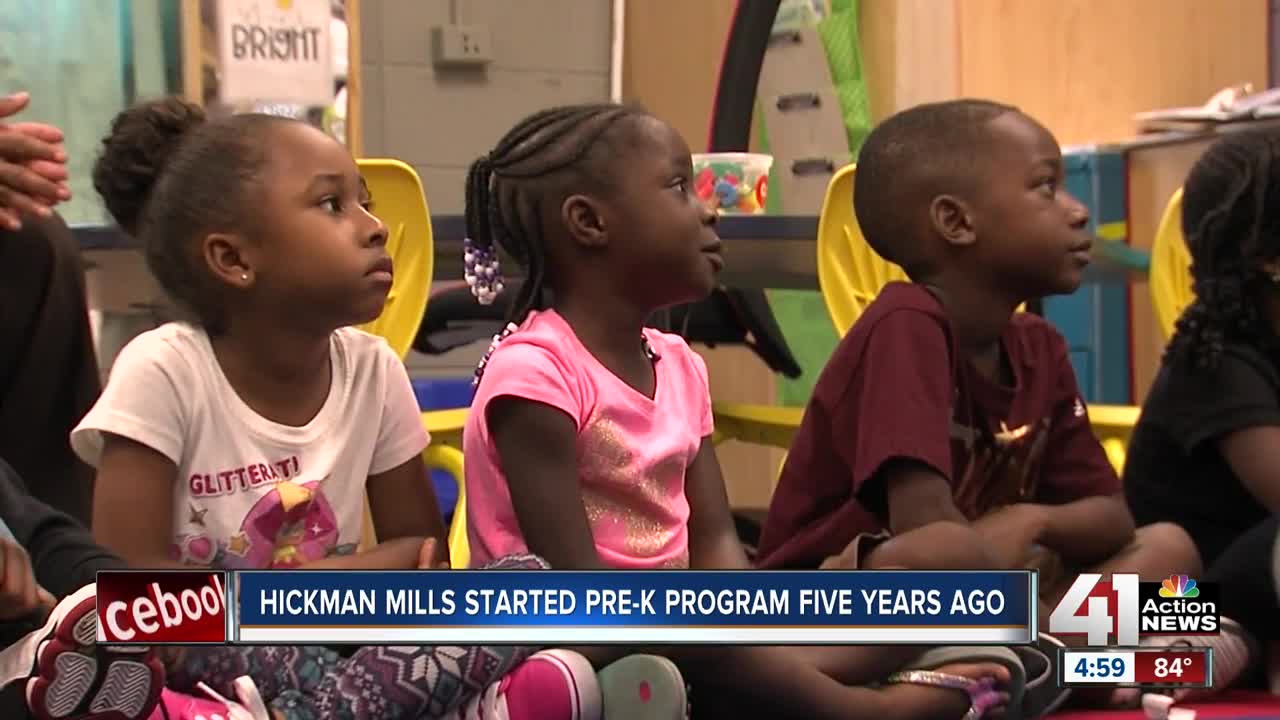 KANSAS CITY, Mo. -- This school years marks the fifth year the Hickman Mills School District has offered free all day pre-K to every 4-year-old in the district. Slowly but surely, the district says it is seeing an improvement in the classroom.

Inside Ms. Senea's pre-K classroom, students are learning the alphabet and differentiating lower case letters from capital ones.

"Which is the capital B?" she asks, as students stare at her board.

A 4-year-old girl points to the letter on the left.

"That's right," Senea responds. "What sound does B make?"

Making Pre-K Available to All

For five years, the Hickman Mills School District has offered every 4-year old in the district free all-day pre-k.

It was the first district in the metro to do so.

"Having access to services for students is really significant to start their early learning career," said Jillian Meriweather, coordinator of Early Learning Programs for the district.

Without the free program, many families in the district would not be able to afford pre-k programs in the city.

According to Meriweather, 100 percent of the district is on free or reduced lunch.

"What we know, especially in Kansas City, is sometimes funding access to high quality pre-k is a challenge," Meriweather said. "Having the opportunity to have that high quality pre-k free of cost to families is very significant."

In the last five years, kindergarten teacher Kamisha Benton said she can spot the difference between kids who attended pre-K versus those who did not.

"They come in knowing a lot of information already, such as their names, a lot of letter recognition and sounds," Benton said. "The groundwork is already done so we can jump right into our curriculum with no problem."

His proposal includes a three-eights-cent sales tax, which would generate about $30 million a year for pre-K assistance.

Initially, the mayor wanted to put this proposal on the November ballot.

After pushback from districts, like Kansas City Public Schools, James announced he would delay putting the imitative on the ballot until the April election.

While districts like KCPS support increasing access to pre-k, the districts voiced concerns over a lack of control and feared public tax funds would go toward private and parochial schools.