Testing the mail: Why voters should send mail-in ballots back now 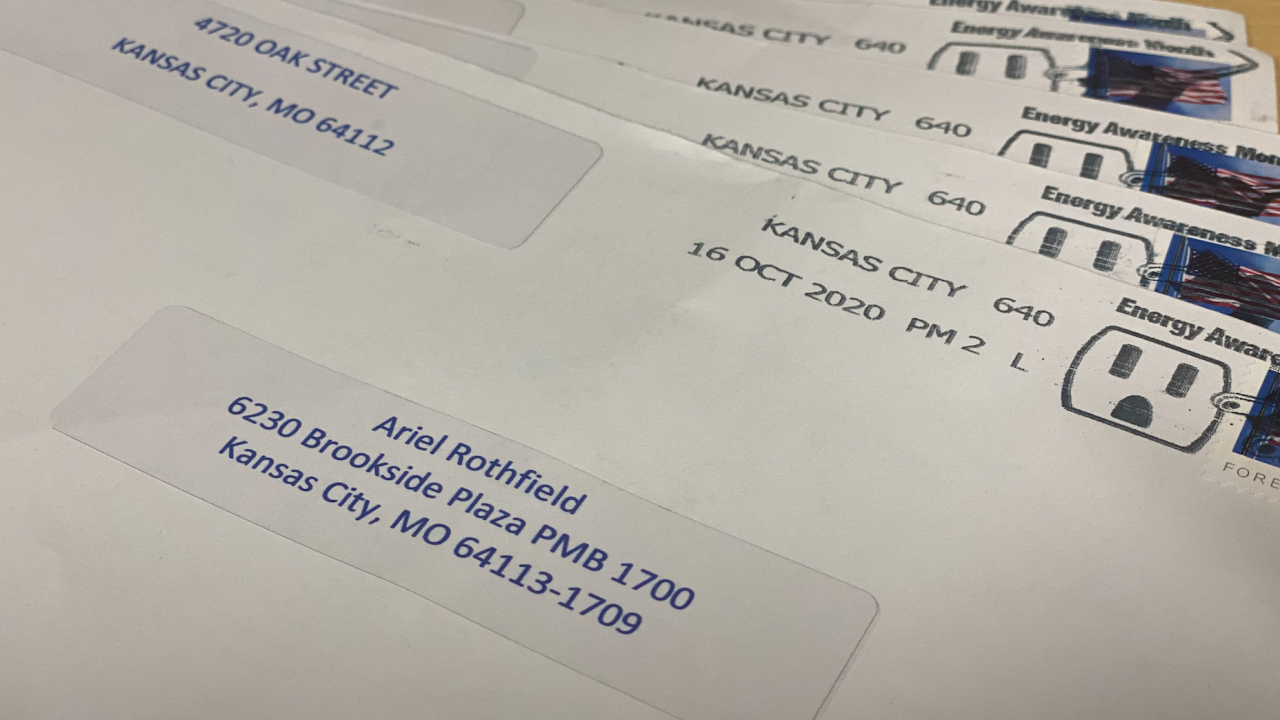 41 Action News tested the USPS reliability by sending ourselves 120 envelopes from Post Offices located around the metro. 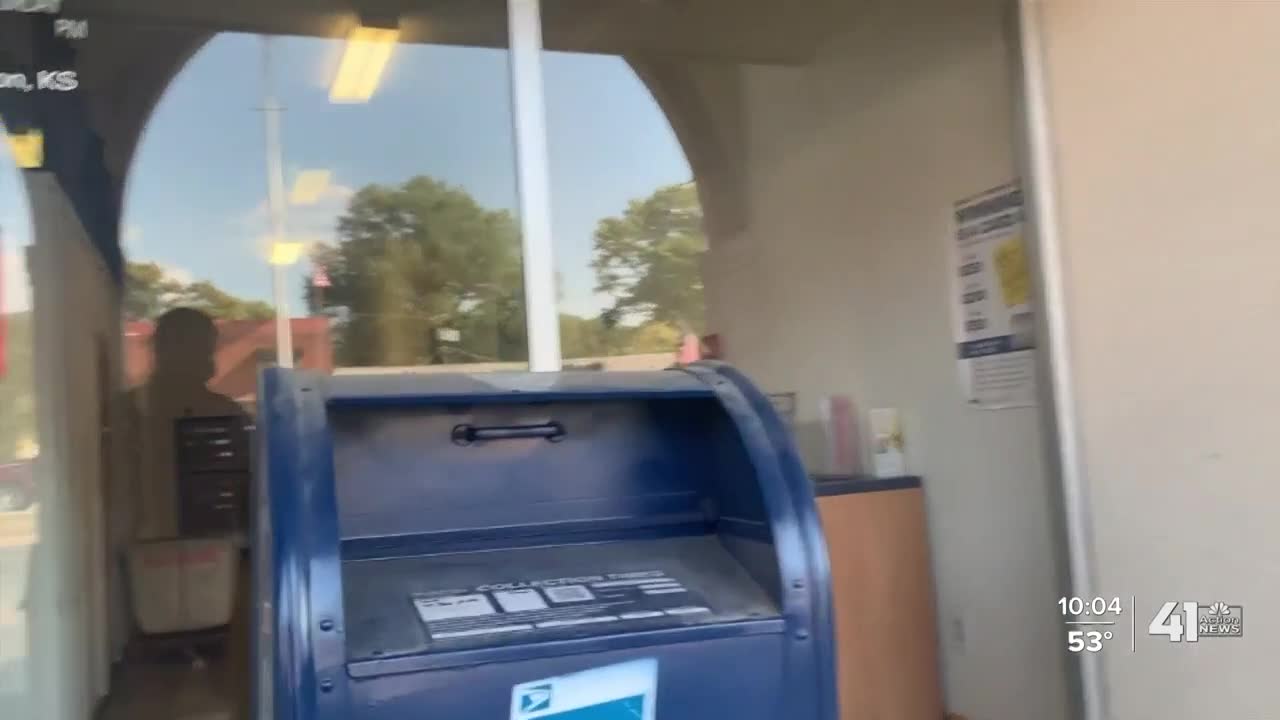 KANSAS CITY, Mo. — The November Election is less than two weeks away and now a big question looms: if you mail your ballot, will it get to the local election office in time to count?

To answer this question, 41 Action News launched an investigation into the postal service. Over the course of several weeks, we mailed dozens of envelopes to test the agency’s reliability on both timing and accuracy.

Our results suggest voters should send their ballots back as soon as possible in order to arrive at the election office to be counted in time.

The 41 Action News experiment consisted of mailing 120 envelopes over the course of a month.

We rented a mailbox at The UPS Store in Brookside in Kansas City, Missouri, and addressed envelopes, the same size as an average election ballot, to that address.

For our first test, we broke the Kansas City metro area into six key locations: KCMO as well as Jackson, Platte, Clay, Johnson and Wyandotte counties.

We chose three post offices in each of these six areas and dropped off three envelopes at each location, mailing a total of 54 envelopes between 3 and 6 p.m. from these 18 locations.

The day after mailing the initial envelopes, we retraced our steps and mailed 54 more envelopes from the same post office locations.

The first batch of envelopes arrived at our mailbox two days after we mailed them. We received 45 out of the 54 envelopes from our first day of mailing.

The remaining 63 envelopes arrived the week after, and in the end we received all 108 ballots within three to five days.

Missouri voters must return their mail-in ballots through the U.S. Postal Service, otherwise their ballots will not be counted.

The 8th Circuit Court of Appeals ruled on Thursday that Missouri voters cannot return their mail-in ballots in person. Ballots must be received by 7 p.m. on Election Day to count at the voter's location election office.

Ballots mailed to the Missouri Secretary of State's Office will not be counted.

In Kansas, mail-in ballots can be returned in-person to election offices and polling locations, dropped off at local drop boxes or mailed back through USPS.

If a ballot is mailed back, in order for it to count, it must be postmarked by Election Day and received by the election office before 5 p.m. on November 6.

“For the most part, ballots that come in later are the ones postmarked after Election Day,” Newby said.

During the August primary, the Wyandotte County Election Office did not count 50 ballots because they arrived too late.

The number of ballots that arrived late in Johnson County for August’s primary was even higher. According to county data, 673 ballots were not counted because they either arrived too late or were postmarked after Election Day.

“If you’re putting it in the mail in the last seven days before election day and it’s your voted ballot, I strongly recommend they don’t do that because there’s a potential it won’t be postmarked if it gets somewhere in the mail system,” Johnson County Election Commissioner Connie Schmidt told 41 Action News in September. “It’s totally out of our control, it’s in the control of the post office.”

The rules in Missouri are different.

All mail-in ballots must be sent through the USPS and received by the Election Office by 7pm on Election Day.

“If they have ballots, they should mail them now. The absolute latest Tuesday (the week before Election Day),” said Tammy Brown, the Republican Director for the Jackson County Election Board.

No matter where you live, every mail-in ballot has an official ‘Election Mail logo’ printed on the envelope to signal its significance to the Postal Service.

According to its website, the USPS says the logo “serves to identify official Election Mail for Postal Service workers and distinguishes it from the millions of other tailpieces that are processed mail.”

The USPS suggests voters should “act early” to “minimize the risk that a ballot will not arrive before your state’s deadline.”

A second test conducted by 41 Action News shows why.

We chose four post offices in smaller towns, and sent ourselves three envelopes from each location.

Two envelopes from the post office in Pleasant Hill, Missouri, arrived two days after they were sent.

The third envelope from Pleasant Hill and the others sent from Lone Jack, Missouri, as well as Bucyrus and Wellsville, Kansas, arrived a week later.

On its website, the postal service has a page dedicated to addressing election questions.

According to the website, all completed ballots are first-class mail, regardless of whether they are prepaid by an election official or mailed with a stamp affixed by a voter.

The agency says its policy is to “postmark all ballots mailed by voters, whether they are prepaid by election officials or mailed with a stamp affixed by the voter.”

“Ballots deposited after the collection time won’t be picked up, or postmarked, until the following business day,” the website reads.