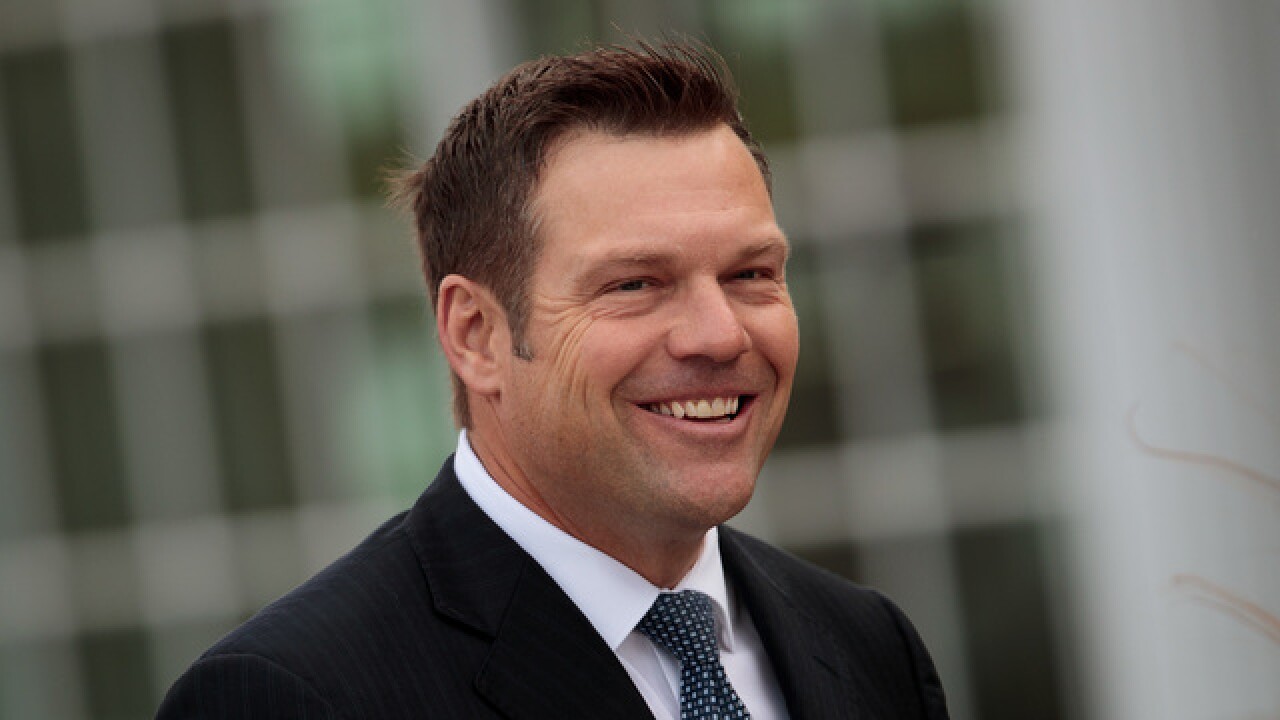 KANSAS CITY, Mo. — The GOP primary for the Kansas Senate seat is just four days away.

While the candidate who will face Democratic state Sen. Barbara Bollier has not yet been decided, that has not stopped PAC money from flooding into the race.

Democrats have not held a Kansas Senate seat since 1932, but some believe that will change if Kris Kobach emerges victorious from the GOP primary.

That analysis largely comes from past performance. Kobach, the former Kansas secretary of state, lost to Democrat Laura Kelly in the 2018 gubernatorial race despite receiving an endorsement from President Donald Trump.

The recently formed Sunflower State PAC, a group with apparent ties to Democrats, has spent $5.1 million against one of Kobach’s primary opponents, U.S. Congressman Roger Marshall.

One of the ads seems to bolster Kobach’s candidacy by describing him as “too conservative” and someone who “won’t compromise on building a wall,” while Marshall is described as a “phony.”

The move has been compared to a strategy employed during the 2012 U.S. Senate race in Missouri, during which Democrats funneled cash into Todd Akin’s candidacy. Former Sen. Claire McCaskill handily won reelection.

Some Republicans are spending furiously to ensure Kobach doesn’t pull ahead.

One such example is the Plains PAC, which has spent $3.3 million against Kobach in the primary.

“Our goal was to make sure Kansas Republicans didn’t forget those facts, that they didn’t make the same mistake we’ve made several times over the last couple of decades and we made sure we nominated a strong conservative,” said C.J. Grover, executive director of the Plains PAC.

Meanwhile, the Senate Leadership Fund (SLF) is spending in support of Marshall, whom retiring Sen. Pat Roberts endorsed as his replacement.

According to reporting from the New York Times, Senate Republican polling found nearly 30% of Republican primary voters indicated they would support Bollier if Kobach were the nominee.

A spokesperson for the Kobach campaign did not respond to a request for comment.

However, Kobach released a statement to Politico on the SLF spending.

“Whenever a conservative is in the lead in a Republican Senate primary, (Senate Majority Leader Mitch) McConnell jumps in to support the moderate opponent,” he said. “McConnell should stay out of it and let Republican voters in Kansas make up their own minds.”

The other primary candidate leading in polls is Bob Hamilton, a businessman who previously owned a plumbing company.