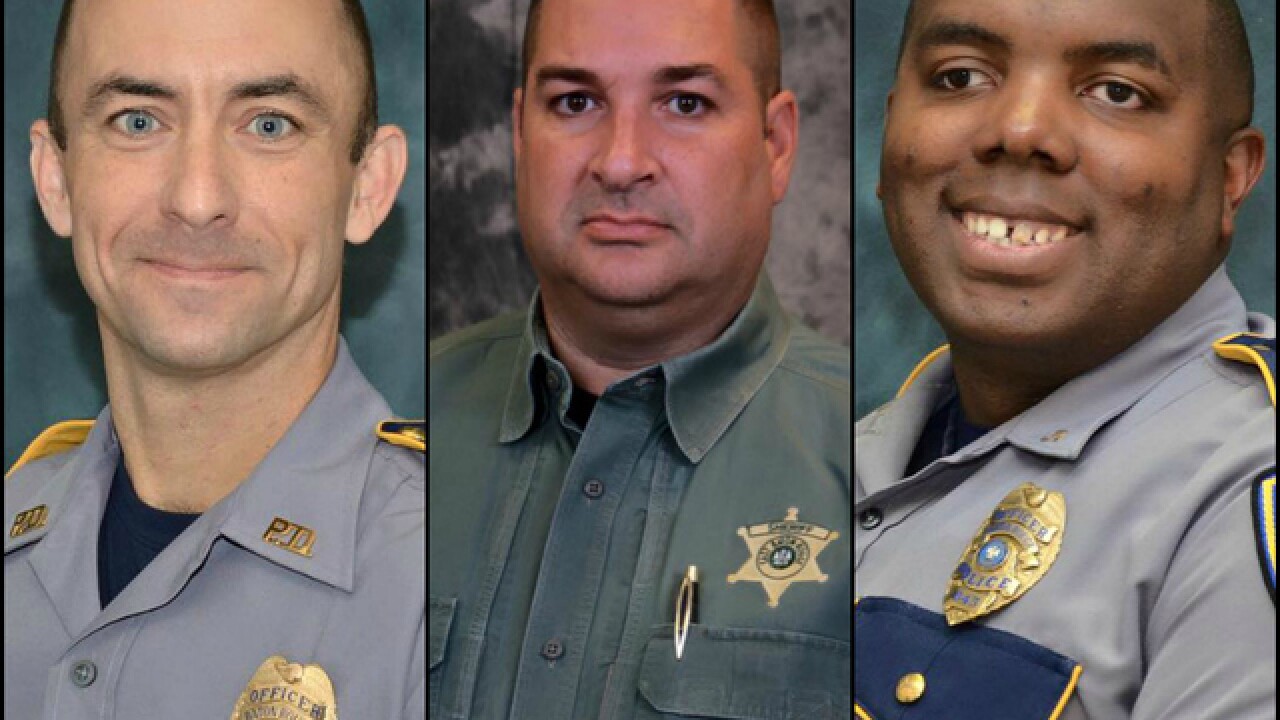 Funeral arrangements were announced Tuesday for two of the three officers killed on Sunday.

Services for Baton Rouge Police Officer Matthew Gerald is set for Friday while Cpl. Montrell Jackson will be buried Monday.

As mourners focused on a memorial at the shooting scene, investigators focused their attention on a pole as they continue to search for more evidence on what led Gavin Long from Kansas City to carry out his deadly ambush.

Just before noon, detectives with the Louisiana State Police and a crime scene technician showed up to take photos and measurements of a bullet lodged in a pole in the same area where the Baton Rouge SWAT team took the kill shot that stopped Long’s deadly ambush.

Besides collecting physical evidence, police have interviewed a number of witnesses. One of them told 41 Action News off camera that he noticed some suspicious activity behind the store almost a week before the Sunday ambush. He pointed that out to investigators when they spoke with him.

Law enforcement have said Long was in Dallas when a sniper killed five officers. But that same weekend there were protests in Baton Rouge over the death of Alton Sterling.

Police arrested more than 100 people during the demonstrations. Investigators are working to figure out if Long attended any of the protests.

Police Chief Carl Dabadie agrees with the governor that Long’s plan was diabolical.

“That took a lot of planning obviously to travel that far and end up here to take the lives of officers in the community,” Dabadie said. “We just want to thank our community for being strong in this event, supporting us, backing us and understanding what we’re going through, and we can’t thank them enough.”

Another memorial is set up in the lobby of police headquarters where people dropped off cards and posters thanking officers for their service.

Three vigils are planned for Tuesday night throughout the city. One is happening in the suburb of Denham Springs, about 20 minutes east of Baton Rouge, where all three fallen officers called it home.