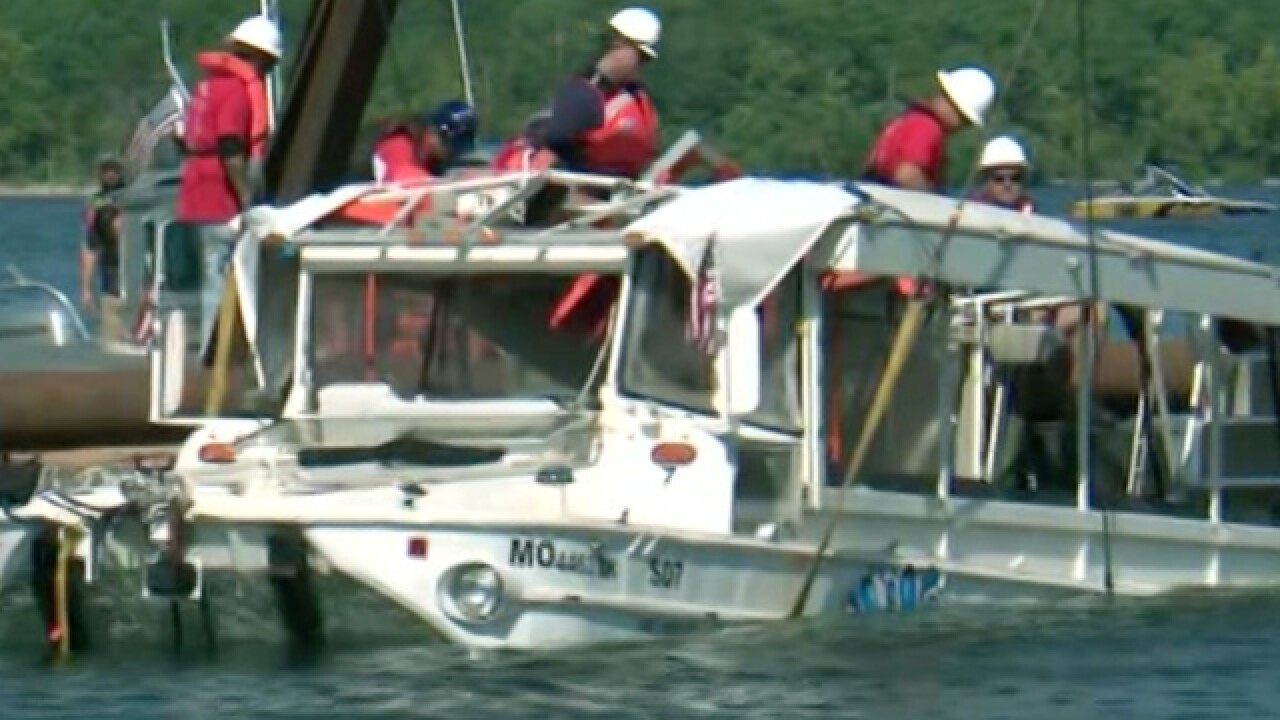 KANSAS CITY, Mo. (AP) — An Indiana woman whose husband and three children drowned when a duck boat sank in a Missouri lake has filed a federal lawsuit requesting an end to the manufacture and operation of the amphibious vehicles in the U.S. and elsewhere until they are redesigned for safety.

Tia Coleman, of Indianapolis, filed the lawsuit Tuesday against Ripley Entertainment and five other companies that manufacture and operate the Ride The Ducks tourist attraction.

Besides her husband and children, Coleman lost five other relatives on the boat. Seventeen people died when the boat sank July 19 at Table Rock Lake in Branson. Coleman is seeking unspecified financial damages.

Ripley said it can't comment on litigation but continues to offer support for victims and their families.

This is one of several lawsuits filed after the duck boat tragedy.

A Philadelphia law firm filed a $100 million lawsuit against Ripley on behalf of victims killed in the incident, alleging wrongful death, outrageous conduct and negligence in the incident.

After receiving the case from the Coast Guard, federal prosecutors are also reviewing the case for possible criminal charges.