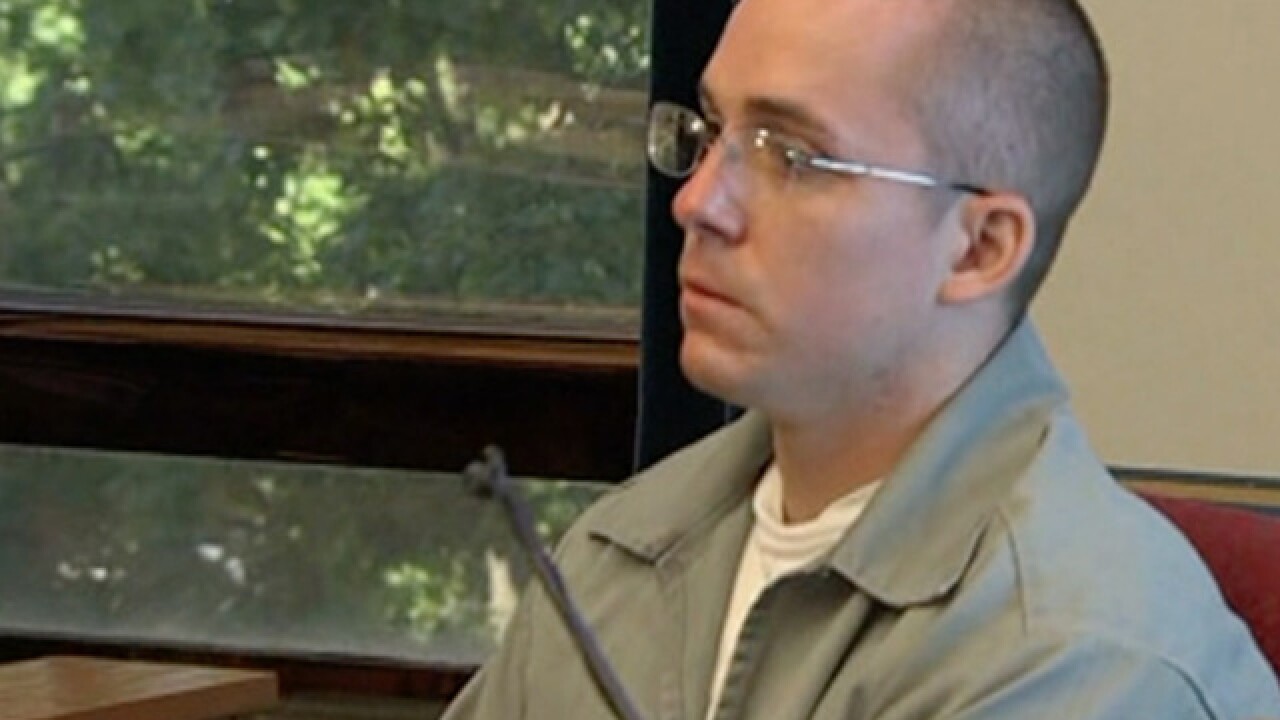 A Kansas City attorney is trying to free Charles Erickson who’s still locked up three years after his friend Ryan Ferguson’s conviction was overturned for the same 2001 murder.

“We know that they are both innocent,” Erickson’s new attorney Tricia Bushnell told 41 Action News. “We are taking on Charlie’s case to get him filed and present that evidence to the court.”

“Unfortunately for Charlie, he’s never had his day in court. No one’s ever taken his case and filed to show the ways in which we know the evidence that was provided to him and told to him was false,” Bushnell said.

Erickson is serving time for the 2001 beating and strangling death of newspaper editor Kent Heitholt in Columbia, Missouri. After Erickson told friends he had dreams that he and Ferguson did the murder, police picked him up and questioned him.

“When there’s really high pressure for law enforcement to solve a crime, and folks are being interrogated and fed information and lied to, they may falsely confess,” said Bushnell.

When police led him to believe Ferguson would testify against him, Erickson said he felt pressured to say he did it thinking he would otherwise face the death penalty.

“It’s you that’s on this chopping block!” a police detective told Erickson in the interrogation video.

“Police can lie to someone, they can tell someone incorrect things or they can feed them information,” said Bushnell.

Police are allowed to lie to get a confession even if it’s a false confession. But if someone lies to police, it’s a crime.

“We’re really hopeful that folks will see that these are things that happen and that they’ll start to learn and care about our clients,” said Bushnell.

“It’s hard to get a person out. It’s very easy for them to go in. So if we can stop people going in who are innocent, I think that’s the biggest thing. And we need accountability for police and prosecutors,” Ferguson said in an interview with Matt Lauer.

Ferguson is currently trying to sue the police and prosecutor who convicted him, but officers filed an appeal asking a judge to throw out the lawsuit claiming immunity.

Now as a free man, Ferguson is hosting the MTV show "Unlocking the Truth" to shine a light on other questionable convictions.

“There’s so many red flags with each of them. They need to be investigated,” Ferguson said in the first episode.

One of those cases involves a fellow central Missouri man.

Michael Politte is serving a life sentence after police arrested him at 14 years old.

“They formed a confession,” Politte talked about his arrest on the MTV show, “Now they’re not asking me anything, they’re telling me that I murdered my mother... I was terrified.”

In 1998, his mother Rita Politte was found bludgeoned and burned to death inside their rural Washington County home southwest of St. Louis.

“Michael Politte, his case came to us from the Midwest Innocence Project. They actually aided in my case,” Ferguson said on ‘Unlocking the Truth.’

Bushnell told 41 Action News that Politte is just one of the people the Midwest Innocence Project is trying to free, but hundreds more are on their waiting list.

“We’re hopeful that folks will see Michael’s case and want to learn about everyone else’s, not just our clients, but all around the country, because this is something that happens to thousands of people,” said Bushnell.

Patrick Fazio can be reached at patrick.fazio@kshb.com.