Coffee with the Candidates: Phil Glynn 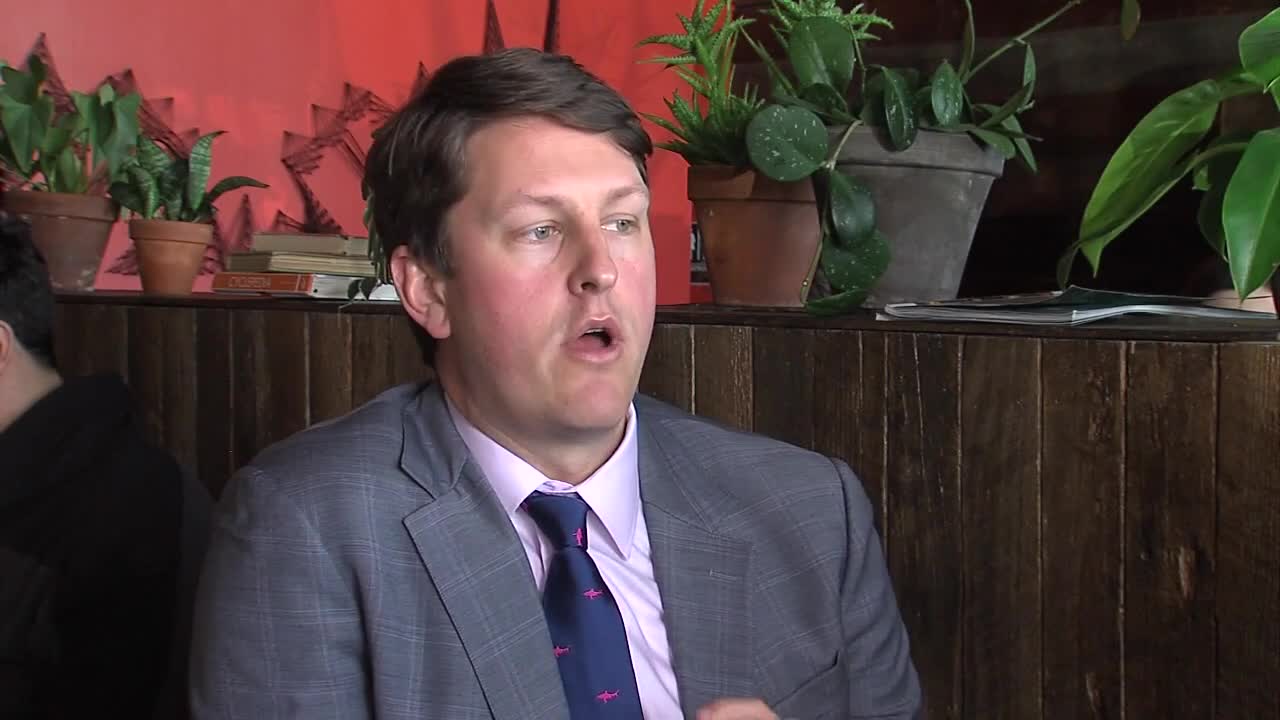 As the resident early bird in his house, Glynn relies on coffee to fuel his day. 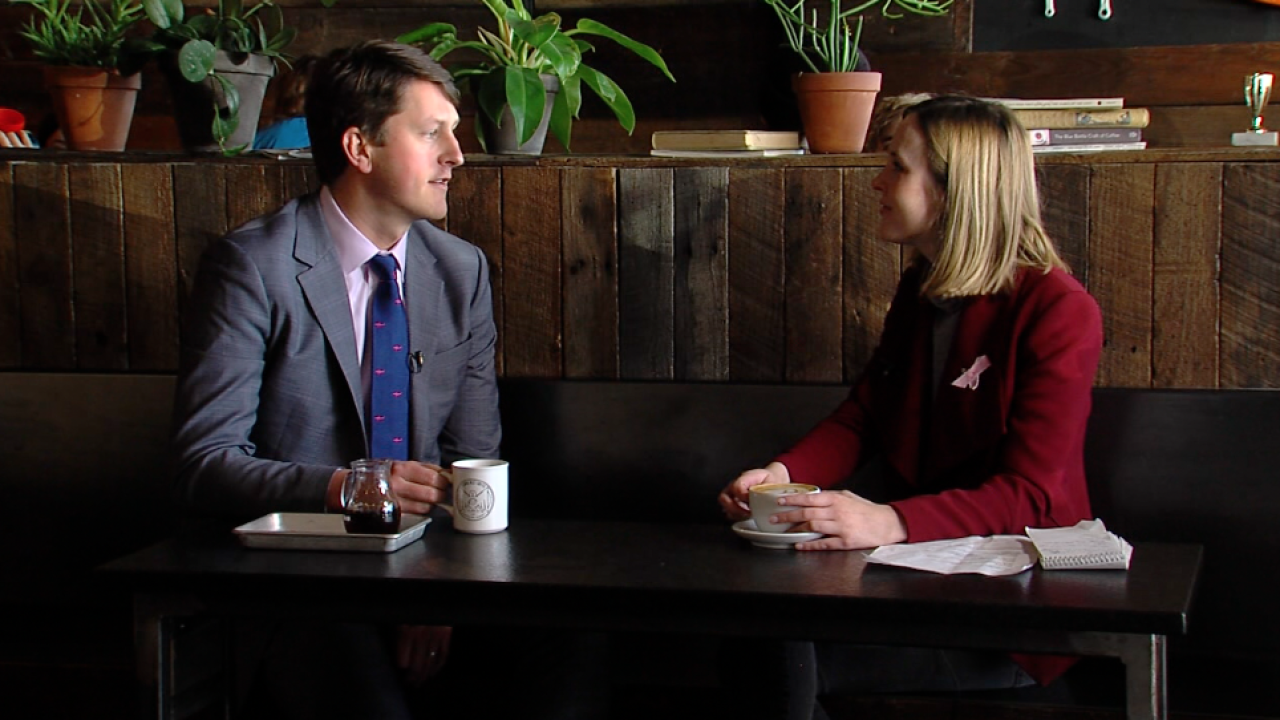 As the resident early bird in a house with three kids, he relies on coffee to fuel his day.

"I do the morning routine. I do breakfast, I get everybody dressed and fed and off to school on time, and then Elizabeth and I, we see each other at the office," Glynn said.

The Kansas City native met his wife, Elizabeth Bland Glynn, while working on the student newspaper at Wake Forest University.

Now, she is the CEO and he's the president at Travois, a small business focused on housing and economic development in American Indian, Alaska Native and Native Hawaiian communities.

"My role is really about finding communities that need development, finding investors that are looking for investment opportunities and connecting people that would never otherwise meet," Glynn said.

It was that experience in the private sector and a desire to have a seat at the decision-making table that led him to enter the race for mayor.

"The conversation kept coming back to if we as Kansas City could just do things the way we've been doing them in our business with a focus on neighborhoods instead of a focus on luxury development and things that grab headlines," Glynn said.

Here are some of the topics we addressed:

Glynn said one of his first steps in office would be making infrastructure improvements a priority.

"Infrastructure is the foundation for all the other economic development we have in Kansas City," he said.

Glynn emphasized the needs vary by neighborhood, from water and sewer issues in south KC to trash pickup problems in the Northland.

"I support a new single terminal. I want a better KCI. I am very unhappy with how this process has gone. It has lacked transparency; it has lacked accountability," Glynn said.

He believes he can put the project back on track through his experience with infrastructure projects in the private sector.

Glynn said more frequent communication with the public is vital as the new terminal moves ahead.

"What it really brings into stark relief though is the gap between the skills training our workers have had, and the jobs that are available in Kansas City. We need a much bigger focus on workforce development in Kansas City," Glynn added.

"There is a connection between the failure of our economy and the violence in our community," said said.

Substandard infrastructure and a lack of affordable housing and quality jobs are the factors Glynn sees driving crime.

One part of addressing the problem, he says, is getting more officers trained through the academy and placed in neighborhoods where they can build relationships.

While serving on the city's TIF commission, Glynn says he learned he wanted to lead the economic development conversation in KC, not just advise on it.

Glynn was removed from the commission after voting against tax breaks for the BNIM architecture firm's new headquarters in the Crossroads.

"That is not what the TIF program should be used for, because we are talking about investing dollars that would otherwise be flowing to our public schools and libraries," Glynn said.

The businessman added economic incentive programs should only be used in communities that "have real blight" and on projects that "provide things the community truly needs."

On the campaign trail, Glynn has pointed to his experience working on affordable housing all across the country through Travois. The company utilizes the Low Income Housing Tax Credit and the New Markets Tax Credit programs.

To address the affordable housing shortage in Kansas City, Glynn said public dollars should be leveraged, but the majority needs to come from private investors.

"I believe that we can make Kansas City a hub for community development investment in affordable housing and quality jobs for our people," he said.

Of the planned streetcar extensions to the riverfront and UMKC, Glynn said the city must finish what it started.

Then the conversation should be shifted to focus on getting people to work.

"The problem with public transportation is it only reaches 18 percent of the jobs. That number is unacceptably low to me," Glynn said.

"The system we have today means that there is somebody out there that has the desire to work hard, the skills training to be successful and can't seize that opportunity because they don't have a reliable car. That's wrong."

Glynn does not support the mayor's tax proposal as it does not have the support of superintendents.

However, he thinks Pre K should be a goal for the community in the long-term.

"If we have a comprehensive system of childcare in Kansas City to make it easier for workers to be successful and have the peace of mind and stability to really focus on work, our city will grow too," Glynn said.

"I've built affordable housing. I've created quality jobs for people, and I've invested in communities across the country. Those are the things we need in Kansas City. I haven't just been talking about it, I've been doing it," Glynn said.

He also believes his grassroots campaign is an indicator of how he would run the city.

"I think in order to become mayor in a way that we really hear every voice in City Hall, we need to run a campaign that brings all the voices of Kansas City together within the campaign."

More information about Glynn is available on his campaign website.