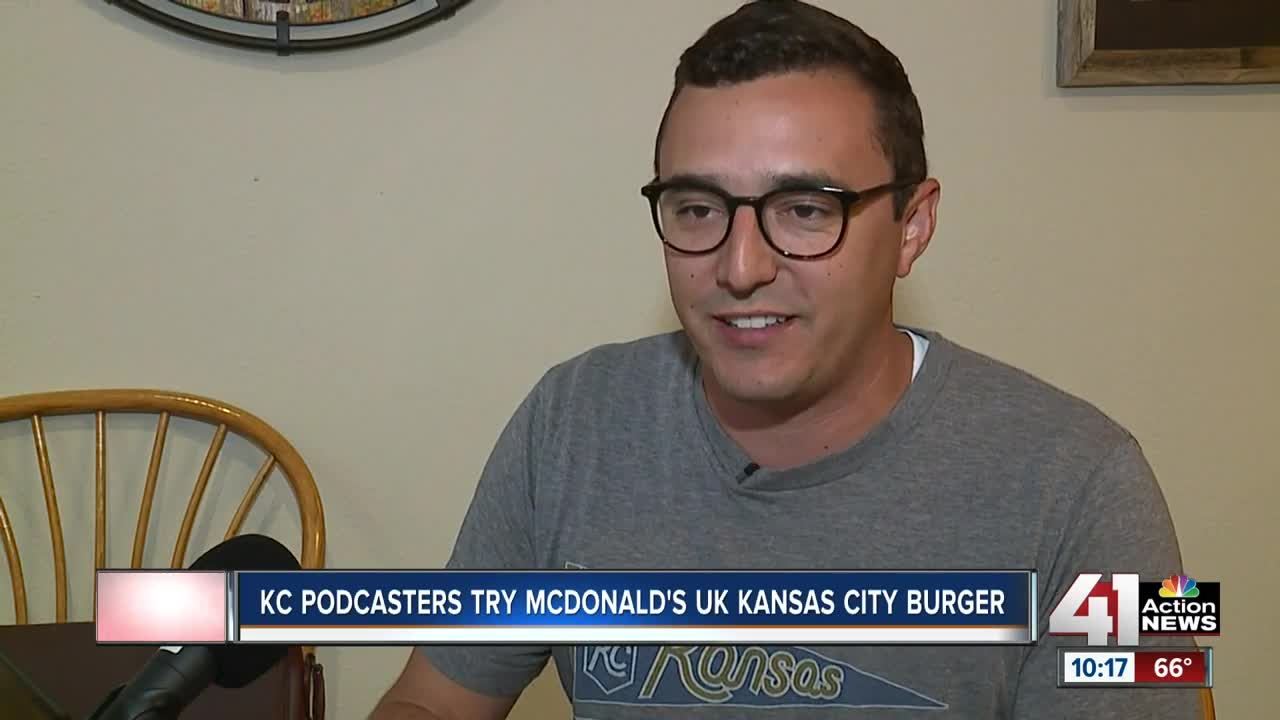 Two local podcasters, Danny and Kevin Ritz of State Your Line, got their hands on McDonald's UK's new Kansas City Stack burger. Here's what they thought. 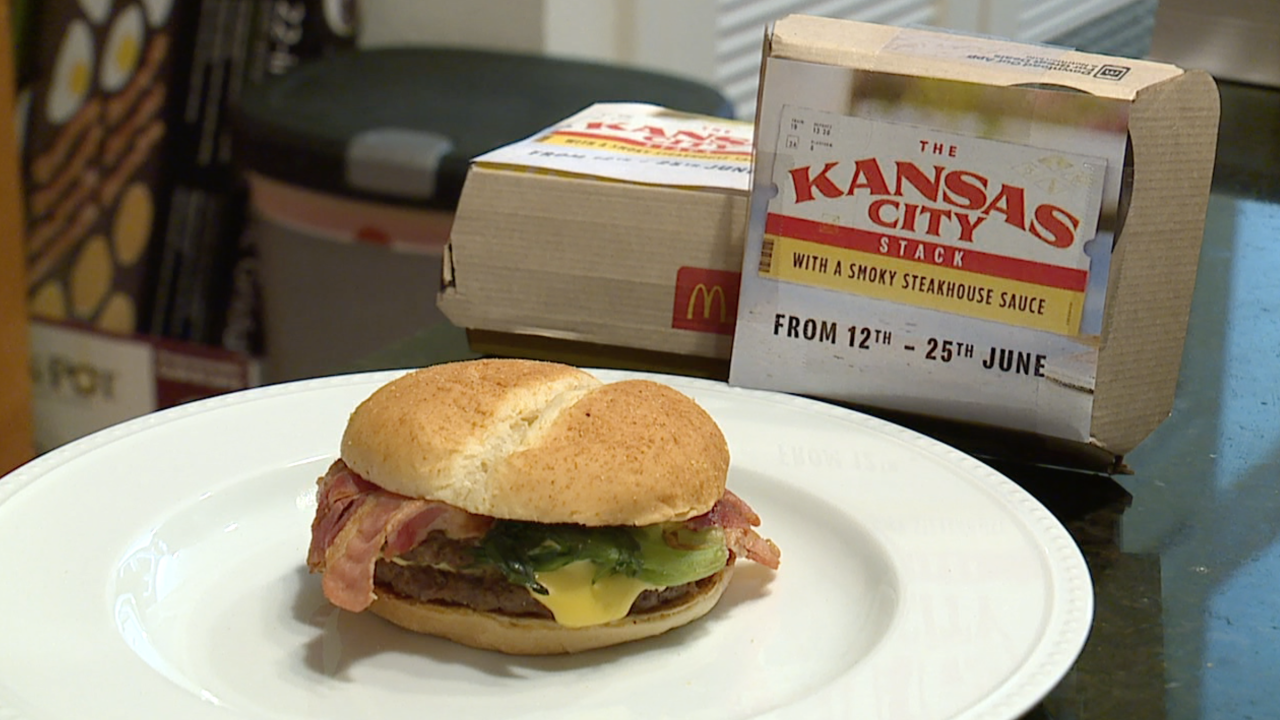 KANSAS CITY, Mo. — "It tastes like a Costco burger that you would buy pre-frozen. I don't taste really the barbecue aspect of it."

"The bacon doesn't even taste like anything, which is concerning."

"I got a lot of steak sauce in that bite. It's not good. It's very bitter."

These are just a few of the things Kevin and Danny Ritz had to say about the Kansas City Stack burger upon their first bite.

The brothers are the creators and hosts of the Kansas City podcast "State Your Line," described as “a weekly podcast about Kansas City by Kansas Citians.”

They were the first stateside Kansas Citians to try the burger McDonald’s is featuring on its international menu in the UK.

Its release was met with many guffaws (not "yeehaws") in Kansas City.

Even Kansas City, Missouri, Mayor Sly James clapped back on Twitter, writing “Stay in your lane (which is on the wrong side of the road, btw). Here's what a real #KansasCity burger looks like,” with a picture of a proper Kansas City barbecue burger.

Stay in your lane (which is on the wrong side of the road, btw). Here's what a real #KansasCity burger looks like. There's a lot more where that came from: https://t.co/yf8HWtadBq @KCMO @visitkc #bbq #noonesaysyeehawhere pic.twitter.com/7xgI33bgNC

The Ritz brothers have a friend who lives in London, and when they found out about the Kansas City Stack, they knew they had to try it.

Their friend had already planned a trip back to Kansas City and brought a couple of the burgers with him for the pair to try and review on their podcast.

“It looks like it’s been in an airplane for eight hours,” Danny Ritz remarked.

“It doesn't try to be 'Kansas City' other than having incredible beef. You don't put barbecue sauce on it. You can order onions on it, but that's it," he said. "That burger — you walk away from Westport Flea Market with your hands just dripping in burger grease, and [the Stack burger] was not that way. It didn't quite have the flavor that most Kansas City burgers have."

Expanding on his review, Danny said, “It had no barbecue flavors whatsoever and tasted exactly like meatloaf with ketchup on it and some caramelized onions on top of that. No smokiness to it, no real barbecue tang to it, just pretty much like ketchup.”

While the taste may not live up to Kansas City standards, Danny said the attempt doesn’t offend him.

You can hear the Ritz brothers’ entire review on the "State Your Line" episode posted this morning.

The brothers said you can find their podcast on Spotify and Apple Podcasts.