KANSAS CITY, Mo. -- The devastating effects of homicide are felt long after the police leave and the crime scene tape comes down.

Healing Pathway Victim Service Agency, a KC nonprofit, aims to help those they call the "smallest co-victims" of crime: children.

"A lot of our children have been witnesses of homicide, and that is something, to me, it strips a child of their innocence. No child should have to go through that," said founder Monica Roberts.

Roberts started the all-volunteer group six years ago, and Healing Pathway has served more than 500 families in the area since its founding.

They have four areas of focus: case management, education, victim advocacy and trauma-informed mentorship for kids.

Through those areas of focus, Healing Pathway connects families with mental health resources, helps them navigate the court system and assists with victim compensation. The nonprofit also plans special events where victims' children can just be kids again.

41 Action News spent time with two mothers whose children are among the nearly 200 enrolled in the program this year.

Charlesea Brewer's daughter Trinity doesn't seem shy. We met her as she colored with her mom and with Healing Pathway Case Manager Trina Dodson at the group's office space on Holmes.

The 4-year-old was animated and talkative, listing her favorite foods and describing her drawings. 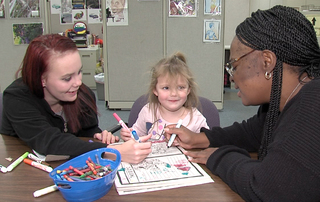 "It's awesome seeing her open up to somebody other than me. I've never seen her like that," Brewer said.

Brewer also has a baby boy. The family of three is still learning how to cope with the loss they experienced over the summer. Brewer's brother Michael and her boyfriend, Keith Wasmer, went missing on August 6. Days later, their bodies were found in the woods near Longview Lake.

"The people we did have were Michael and Keith, you know? That's who was closest to us," Brewer said.

Brewer noticed her daughter began closing herself off to the world. That all changed when Healing Pathway came into the picture.

"Just a lot of the things they do has helped me and her get through it," said Brewer.

Healing Pathway connected Brewer and her daughter with therapists who are helping them deal with their trauma. Brewer said Trinity also benefits from group events with other children in the program.

Like Brewer, Kori Weatherspoon knows the feeling of loss.

"I heard a car pull up, and it was literally two seconds. Someone got out of the car, and gunshots just started pouring into our home," she said. 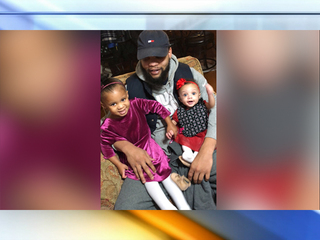 Weatherspoon, her boyfriend Jarrin Walton and their two little girls were caught in a shooting rampage on an October Sunday morning. She grabbed the girls and hid in a closet as bullets tore through the house.

"My boyfriend was there. We saw him there. Laying there dead," Weatherspoon said.

Their 4-year-old daughter Kalli was shot, and Weatherspoon herself was hit six times. After the shooting, their home turned into a massive crime scene, and they couldn't return.

"We were in need of clothes, diapers, I mean everything. Toothbrushes," Weatherspoon said.

"So much stress has been lifted off. I've been able to relax and not worry about those types of things," she said.

How to Get Involved

Healing Pathway's biggest event of the year is just around the corner. Every year they organize a Christmas party for the children of homicide victims. It's held at a Kansas City Missouri Police patrol station so kids can build positive connections with officers.

Healing Pathway is always looking for therapists willing to donate their time, plus mentors. You can also help by donating directly to the nonprofit or buying items on their wish list here.