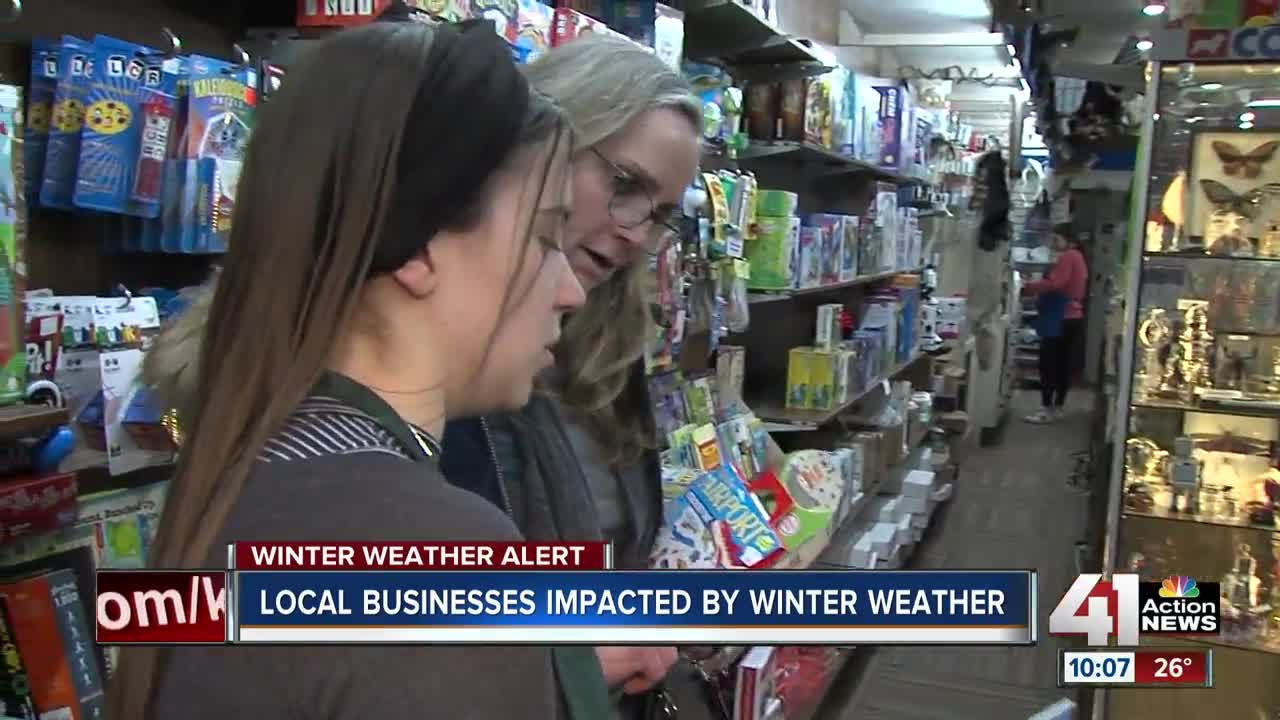 No matter what a store carries inside, this winter it's what's outside that really matters. 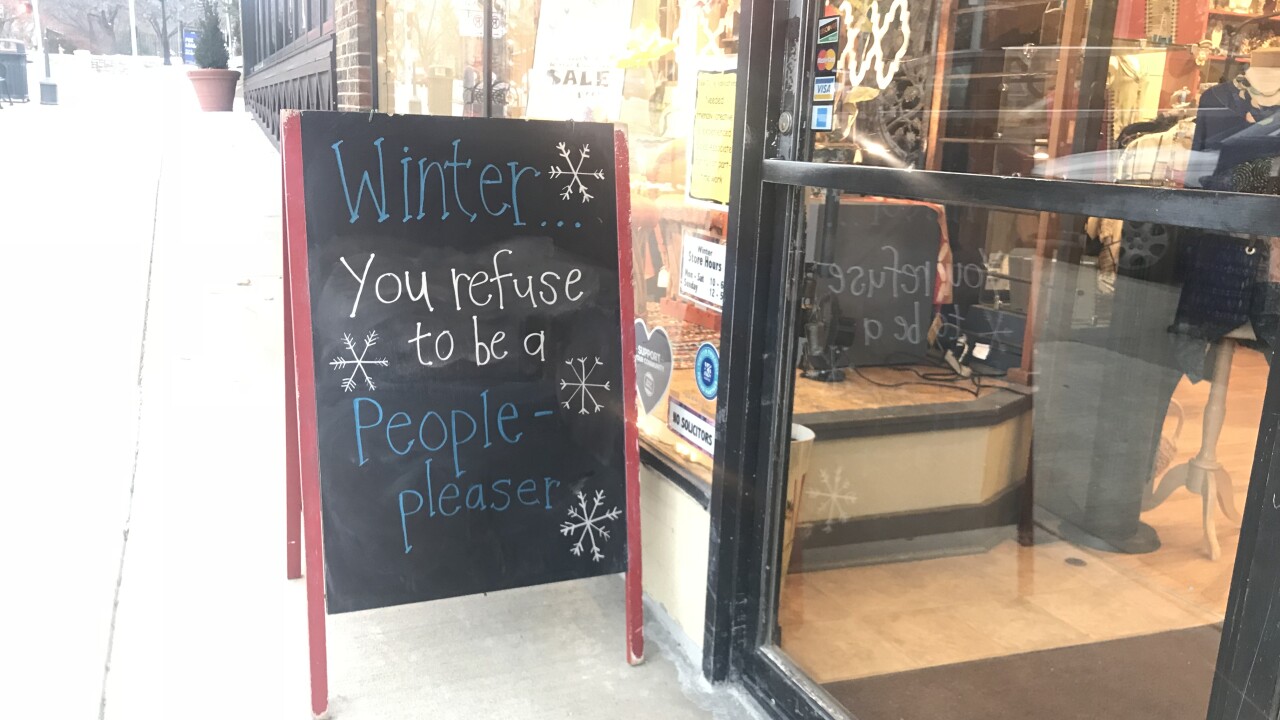 KANSAS CITY, Mo. — No matter what a store carries inside, this winter, it's what's outside that really matters.

"When there's a storm coming in and people know it's about to hit we've had a lot of people coming in," said Rachel Scheffler, a store associate at Brookside Toy and Science.

Kansas City has been hit with round after round of winter weather this season.

From inches of snow to near-zero temperatures, winter has been big for Brookside Toy and Science's bottom line.

"A lot of people have been leaving to get out of their house and come here," said Scheffler.

Puzzles and board games have been a big seller.

Next door, however, it's a different story.

With less people venturing out in the cold or braving the snow, this winter has been hurting World's Window.

"We are so use to having January's and February's where you will get a blast of cold air and then a warm up, everyone is happy to be outside and start thinking about spring and we haven't had that," said Jane Buerger, owner of World's Window.

Inside the store, winter items are now on sale. Burerger is displaying spring clothes, hoping winter's wicked grip will soon be over.

"I've done this for 35 years. So you know I have been through a lot of different things but this winter... yeah it's a little bit of a challenge," she said.

Other locally-owned stores and restaurants in the Crossroads, Prairie Village, Leawood have also admitted this winter has been tough.