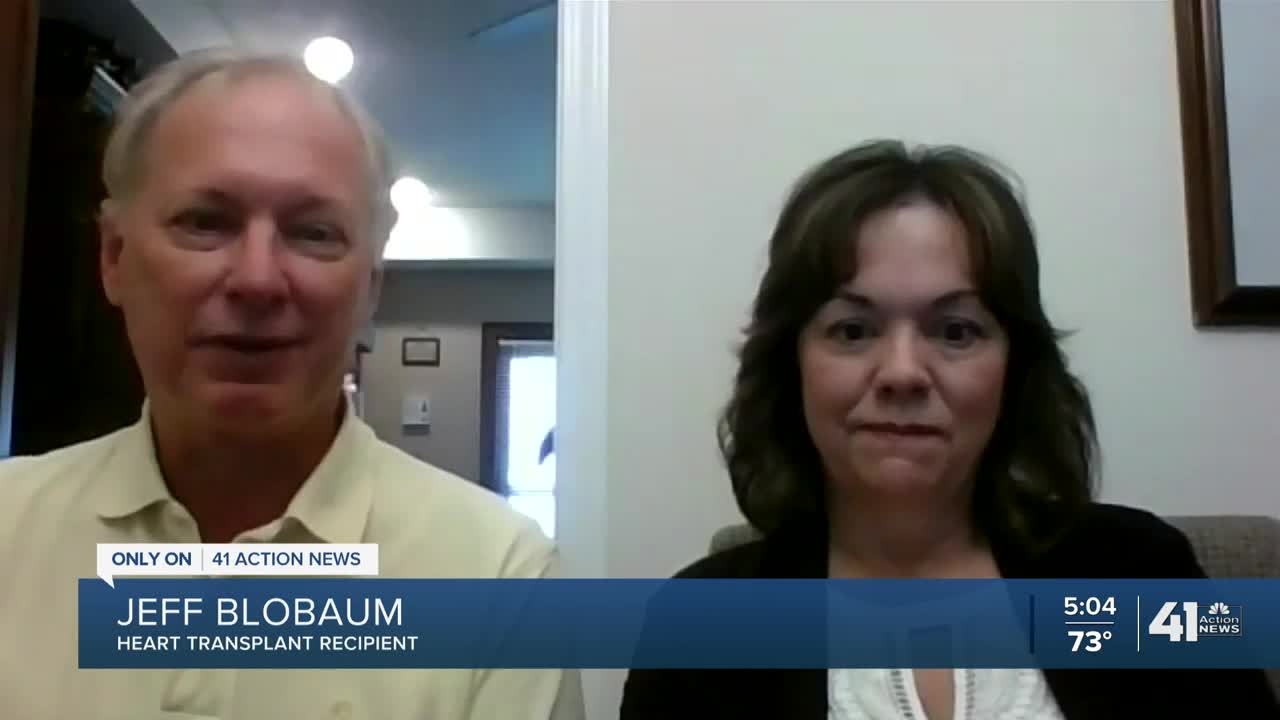 A local family is urging others to consider becoming organ donors after a heart transplant saved a man's life. 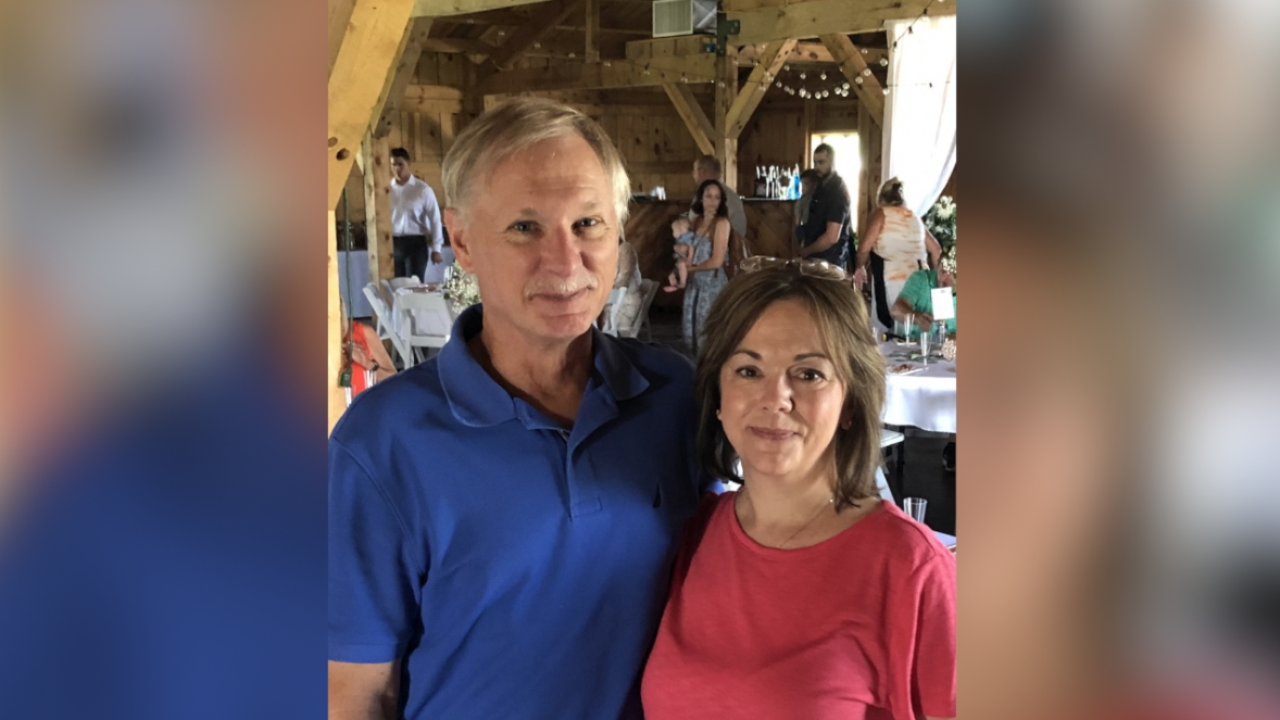 KANSAS CITY, Mo. — A Blue Springs man has his wife, doctors and an organ donor to thank for saving his life.

Jeff Blobaum is one of 23 people who underwent heart transplants at Saint Luke's Hospital this year. The hospital is celebrating its 35th anniversary of the first heart transplant performed.

Jeff suffered several massive heart attacks, the most recent of which in June when he got home from work. Thankfully, his wife Kim was working from home due to the COVID-19 pandemic and was able to give him CPR with the help of a 911 operator who gave her step-by-step instructions.

"I was hysterical because I didn't think he'd make it this time," Kim Blobaum said.

Jeff was taken to the nearest hospital where the medical team unblocked his artery.

He was put on the transplant waiting list and underwent surgery within a few days.

"As soon as I woke up, I felt better," Jeff said. "I'm mostly just thankful for all the people that helped, for the family of the donor that didn't have to do anything, they could have just said no."

While Jeff never put it off, Kao wants to remind people not to delay going to the ER due to fear of COVID-19.

According to the Centers for Disease Control and Prevention, visits to emergency departments for life-threatening illnesses such as heart attack declined by 42 percent during the first few months of the pandemic.

"Seek care when your heart is hurting or when you have trouble breathing. Please don't wait at home because it is so important to seek care," Kao said.

Kao said Jeff's story is also a testament to the importance of becoming an organ donor.

"Just the impact of donating three, four, five organs — you're touching six or seven families, and it is just a beautiful multiplier," Kao said.

Jeff and Kim are proof of that.