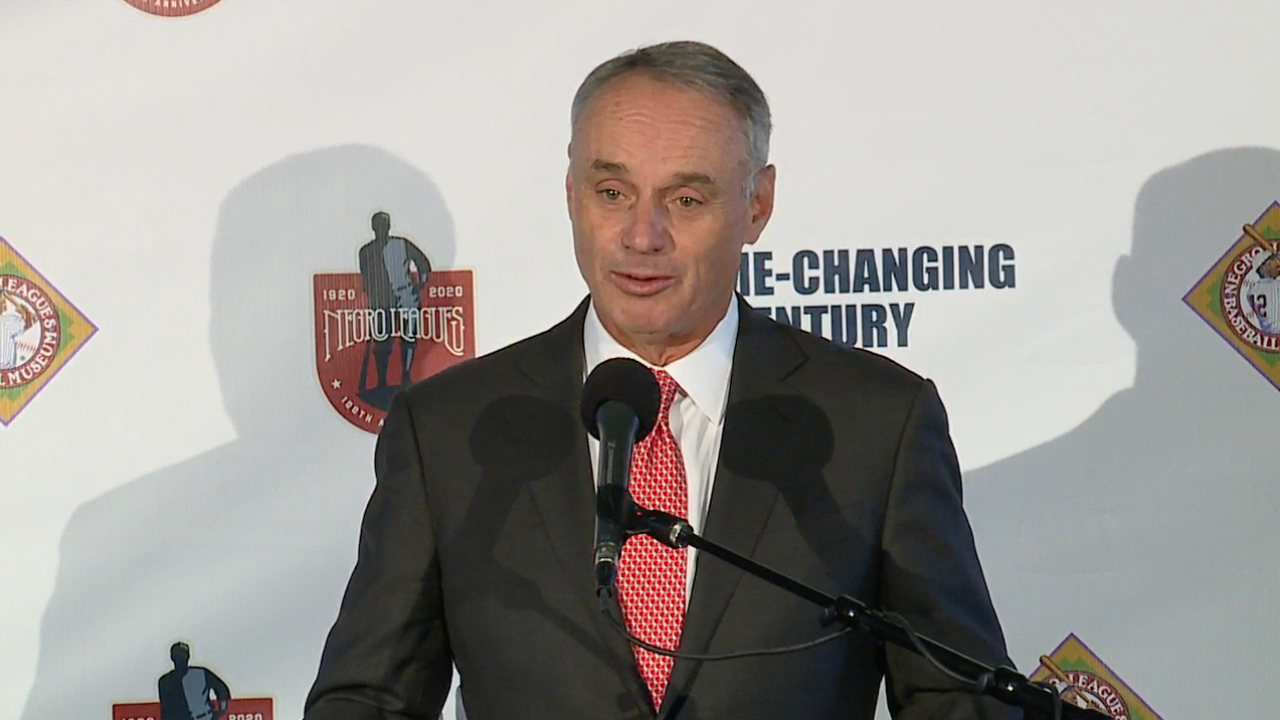 Copyright 2020 Scripps Media, Inc. All rights reserved. This material may not be published, broadcast, rewritten, or redistributed.
Al Miller/KSHB

The funds will support the museum's "efforts to educate and raise awareness of the impact the Negro Leagues and its players had on the sport and society," according to a news release from MLB.

A portion of the money also will go toward the Buck O'Neil Education and Research Center located at the Paseo YMCA, MLB said. The center, when renovations are completed, will be a public space for people to use state-of-the-art research equipment to learn more about the Negro Leagues and social history.

"Major League Baseball and its players are really proud to be participating throughout the season in the celebration of the 100th anniversary of the Negro Leagues," Manfred said.

MLBPA Chief Operating Officer Xavier James added: "We owe a collective debt of gratitude to the museum and to Bob (Kendrick) for their dedication in showcasing of this important part of American history. The players association recognizes that these men and women were and important part of our exclusive community of players. To me, they're the foundation of it. We owe it to them, we have an obligation to them to continue to tell their story."

Bob Kendrick, president of the NLBM, joked with Manfred and James at the Thursday conference, but had a more serious message of gratitude in the MLB release.

MLB said its clubs are planning special centennial celebrations, but all players, managers, coaches and umpires will wear a special commemorative patch June 27. The logo also will be featured on base jewels and lineup cards.

The Kansas City Royals will pay tribute May 17 during the annual Salute to the Negro Leagues Game.

The first 10,000 fans through the gates will receive Jackie Robinson Monarchs T-Shirts. Attendees are also encouraged to "dress to the nines" in the same fashion fans would go to baseball games after church in the Negro Leagues' heyday.

As part of the Royals' commemoration, game-worn jerseys and hats will be auctioned off at royals.com/auction. The proceeds from the auction will benefit the Negro Leagues Baseball Museum.

The Royals also plan to recognize Negro Leagues alumni at the game.