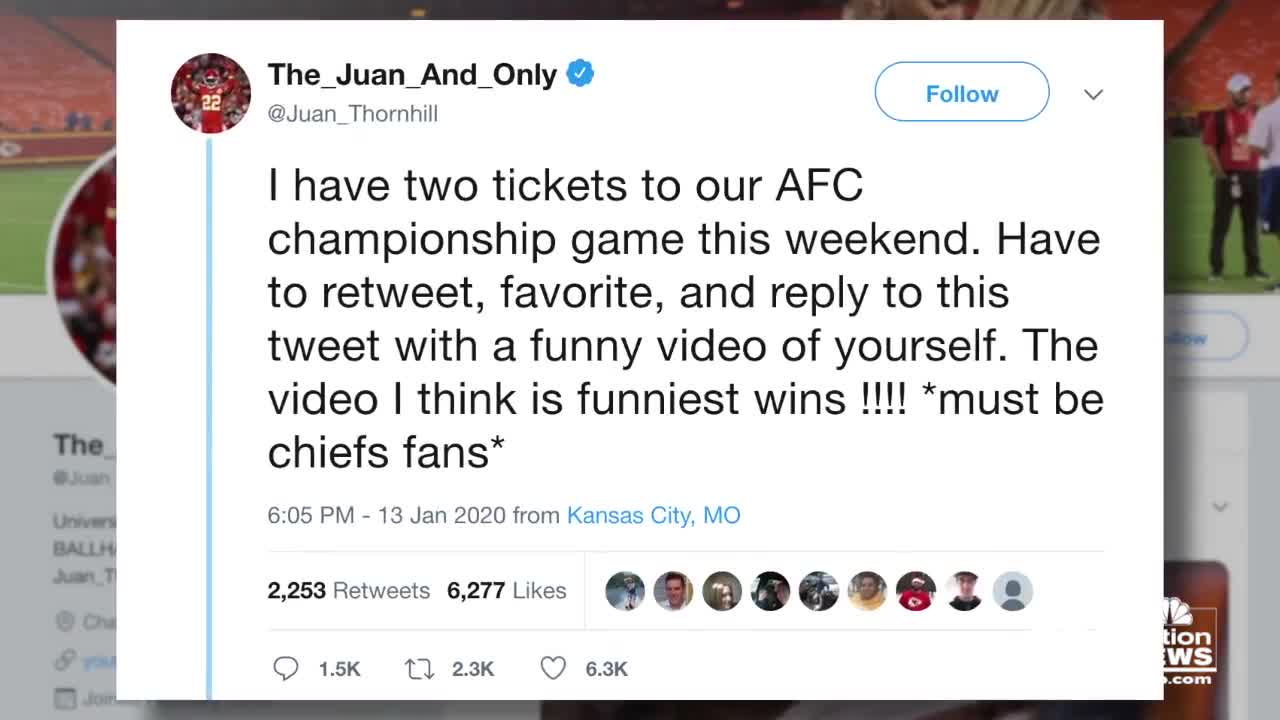 You could win a pair of tickets to the AFC Championship Game at Arrowhead Stadium ... if you're willing to make a bit of a fool out of yourself. 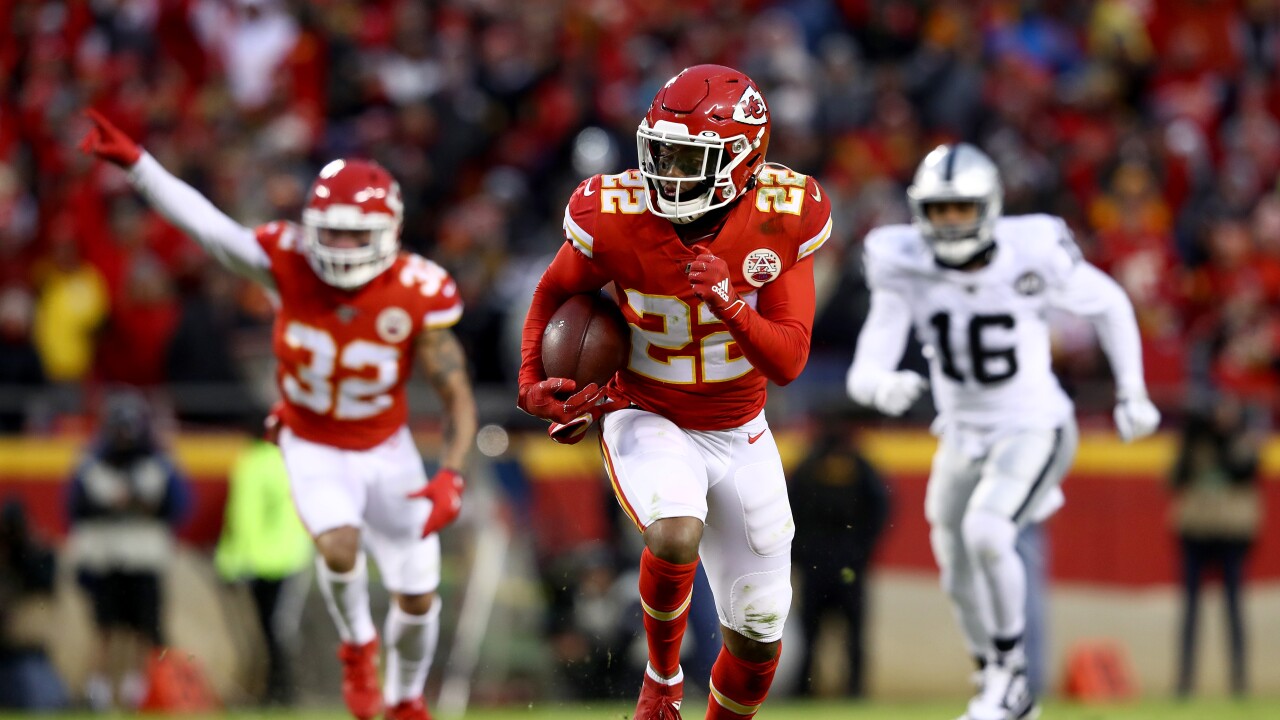 KANSAS CITY, Mo. — You could win a pair of tickets to the AFC Championship Game at Arrowhead Stadium ... if you're willing to make a bit of a fool out of yourself.

Kansas City Chiefs safety Juan Thornhill tweeted Monday that he would give away two tickets to a fan who retweeted, favorited and replied to his tweet with a funny video of themselves.

I have two tickets to our AFC championship game this weekend. Have to retweet, favorite, and reply to this tweet with a funny video of yourself. The video I think is funniest wins !!!! *must be chiefs fans*

As of Tuesday morning, the tweet had more than 1,300 replies.

Thornhill made special requests for singers and dancers, and said "best talents are fine too."

The videos submitted by fans ranged in variety, from a dad dancing to celebrate the Chiefs amazing comeback victory on Sunday, to a man eating cereal out of another man's mouth.

Thornhill was placed on injured reserve last week after he tore his ACL in the regular season closer against the Los Angeles Chargers, a game which the Chiefs won 31-21.

Thornhill, a rookie from the University of Virginia, was a second-round selection, No. 62 overall, in the 2019 NFL Draft.

He finished second on the Chiefs with three interceptions, including one he returned for a touchdown Dec. 1 against the Oakland Raiders, and ranked fifth with 57 tackles before the injury.