KANSAS CITY, Mo. -- Starting in the spring, those visiting Westport on late weekend nights will have to go through metal detectors. The ordinance to privatize some streets in Westport passed Thursday after a lively debate at City Hall.

"This is not the solution that fixes the problem that we're trying to address," KCMO Councilmember Quinton Lucas said.

For months, Westport businesses negotiated with the city to take over the sidewalks in the heart in the entertainment district.

"Where does this actually stop? So maybe do we have people come to us tomorrow say 'Hey, there's some crime on Prospect Avenue --the way we can fix it is to create one lengthy CID, privatize the whole darn street?'" Lucas said.

Those against it worry the measure could lead to discrimination and other legal problems.

Supporters say this a bold, but simple move to curb violent crime.

"Let that issue arise because we can fight that in court but what you can't undo is when an innocent bystander is shot in a crowded space because we did not act," Councilmember Alissia Canady said.

Ultimately, the council voted in favor eight to five, allowing Westport to set up metal detectors to screen for weapons on Friday and Saturday nights within this corridor. 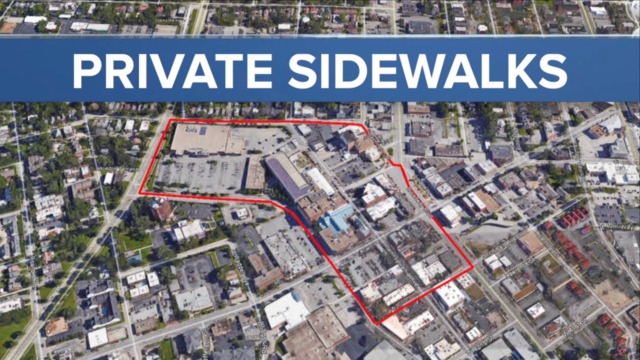 "If we can have anything that's going to protect our neighborhood by having more police be out there and surrounding the core then it's going to be a plus for us," Tom Platt, President of the Heart of Westport Neighborhood Association, said.

Councilmember Kathryn Shields sponsored the measure, she told 41 Action News the city could reclaim the sidewalks if they ever thought the privatization wasn't working.

"So, I think we have a lot of good safeguards in place," Shields said.

"Here's my problem, if you're somebody who has significant complaints you have to go through a lot of steps to complain to the city to make sure somebody knows about it, my concern is that people aren't going to do that," Lucas told 41 Action News.