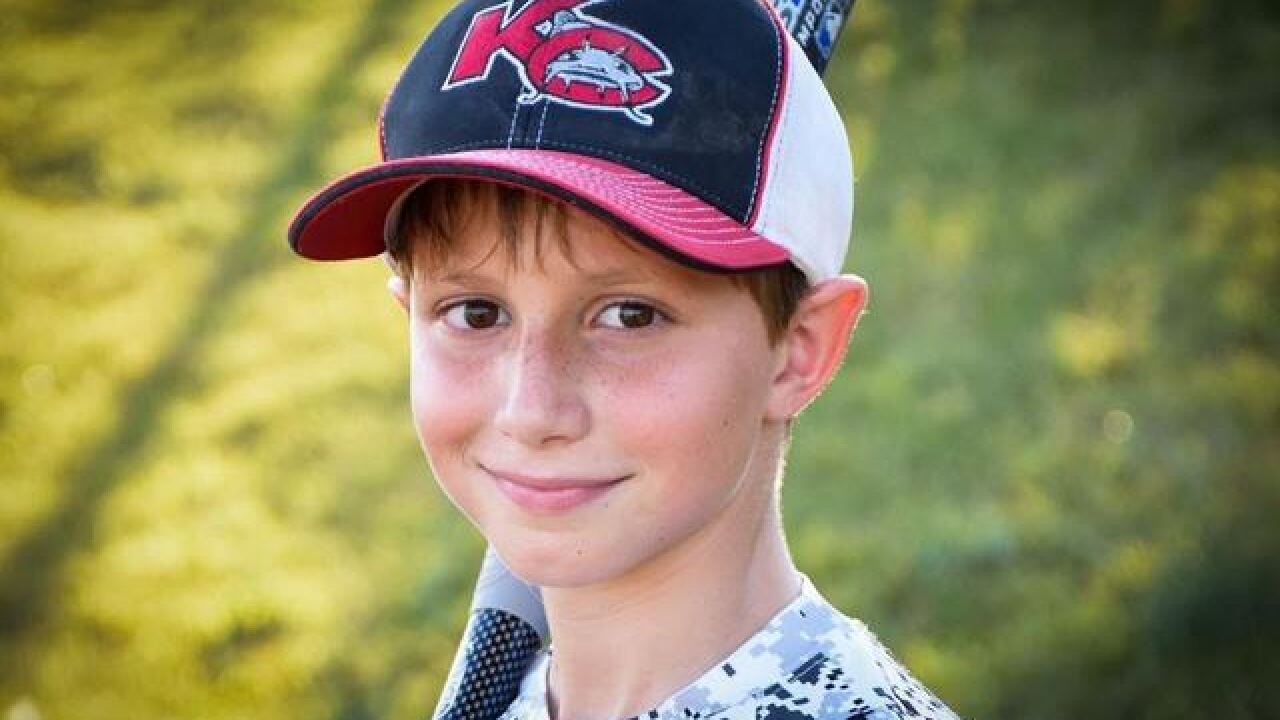 The family had strong ties in the city, including at the LifeMission Church on South Lone Elm Road where they attended Sunday services before heading to Schlitterbahn where Caleb Schwab died.

The church’s pastor, Clint Sprague, has served as the family spokesman since the tragedy unfolded.

Pastor Sprague addressed the media Monday evening sharing some of his memories of Caleb and announcing visitation and memorial services.

Visitation for Caleb will be Thursday from 6 p.m. to 8 p.m. at LifeMission Church in Olathe. A memorial service is set for Friday at 2 p.m.

Caleb had a passion for sports, especially for baseball.

The second-oldest Schwab child played for the Kansas City Mudcats, a little league organization in the metro. He wore the number three on his jersey and played on the team coached by his dad, Scott.

One of the Mudcats head coaches, Kurt Dunn Jr., released a statement.

"First and foremost, I would like to express our deepest condolences to the Schwab family. We are completely grief stricken with heartbreak.

Every child that participates in sports with our organization becomes a part of our “Mudcat family.” All of our players, current or former, have been touched by this tragedy regardless of if they personally know Caleb or not.  As a team, we are taking this time to make sure that all of Caleb’s family, friends, and teammates are taken care of as they move forward to heal from this hardship. Caleb’s energy and amazing zest for life was inspiring and will be truly missed.

All other inquiries should be directed to Clint Sprague or asked at the press conference which will be held later today at Life Mission Church in Olathe, Kansas.

Caleb was set to start another year at the Heritage Christian Academy. Administrators told 41 Action News he attended the elementary school at their Overland Park campus.

There's been an outpouring of support for the family including politicians who work with Caleb’s father.

Kansas Senator Greg Smith, whose daughter Kelsey was kidnapped and murdered in 2007, showed up at the Schwab home shortly after he found out what happened.

He spent three hours with the Schwabs comforting them during this difficult time.

The family is asking for prayers during this difficult time.

“Yesterday their lives changed what they knew before they'll never get back. And it's learning how operate in a new normal,” Smith said.

41 Action News spoke to Rick Lukianuk, the chief administrator at Heritage Christian Academy. He said, "When I see a little gap and I look at that class, what would be the 5th grade class now, and don't see his face in there it'll hit me more."

Honesty, integrity and joy were the words used to describe Caleb by his teachers at the school. Lukianuk said he was a natural leader who set the example for others. "The school's a better place, we're a better place because Caleb was here," he added.

While looking at the 2015-2016 yearbook, Lukianuk shared his feelings about Caleb's tragic death. "He's also in there and he's been here for years and there are great memories of him. We also have some joy to celebrate and we also have a great big thank you to God for allowing him to be here as long as he was."