One daughter of KCMO pastor dead after crash; another seriously injured 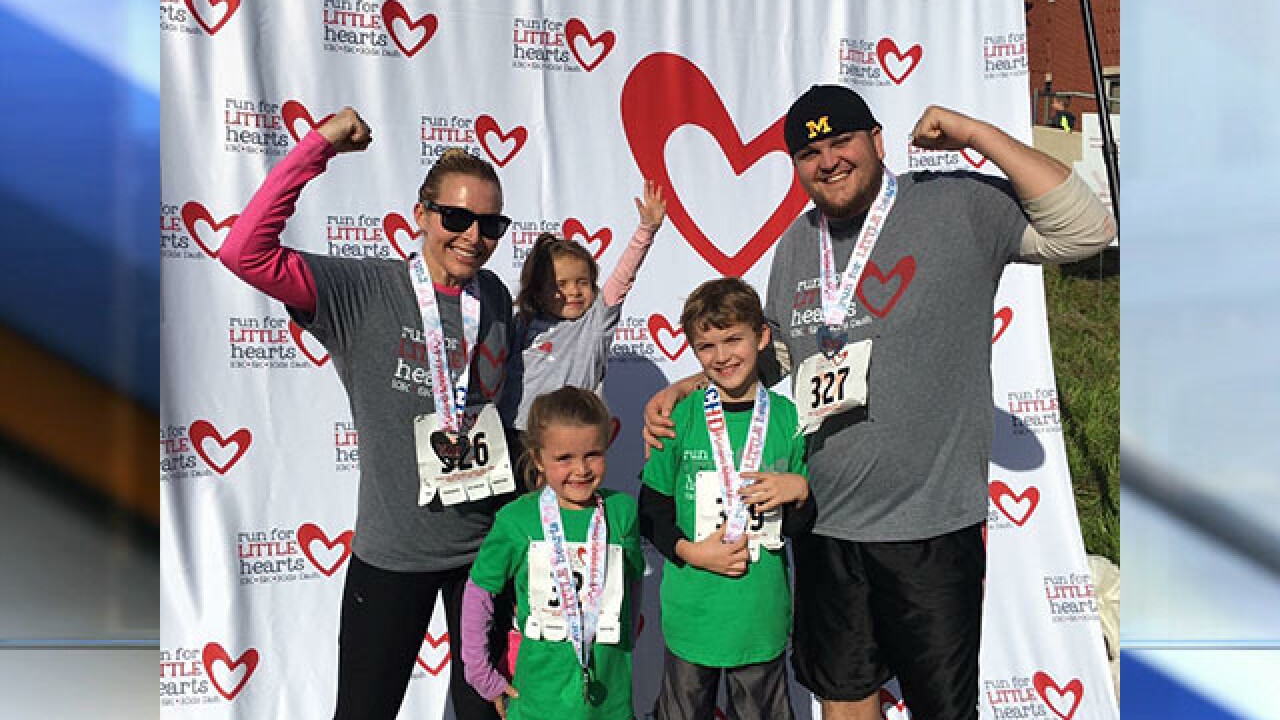 UPDATE, 8/29: Elise Johns passed away after being in a serious crash on the morning of August 23rd.

Her father, Jason, posted an update on his Facebook page:

ORIGINAL, 8/24: At sunset on Thursday families and students from Hale Cook Elementary filled the pews inside the Wornall Baptist Church.

Their hands gripped candles as they prayed for Elise and Hope Johns.

The young girls were in the backseat of their dad's pickup truck Wednesday morning on their way to school when, according to KCPD, a UMKC student pulled out in front of the them at Gregory and Paseo.

The violent impact pushed the Toyota Tundra into a light pole.

As of Thursday evening, both girls remained in critical condition.

Hope, 5, can't feel her lower body and 8-year-old Elise’s heart is beating on its own but an MRI shows no brain activity.

The family has stayed at their bedside around the clock.

“I assume that they’re hearing us so we talk as they can hear us and we kiss them a lot, their mother will lay in bed with them,” Dr. Timothy Johns said. “We’ll cuddle them and kiss and basically encourage their hearts to recover.”

The Johns are known in the Kansas City area for their work in the church. The girls’ father, Jason, is a pastor at the Rock Church at 9th and Norton.

The community has raised more than $100,000 for the Johns through a GoFundMe campaign set up by family friend, Adrien Hawkins, and the number continues to grow rapidly.

“The healing of those beautiful girls is our number one thing right now -- that’s secondary to raising money,” Hawkins said. “Jason and Sarah need the money but those girls need to get healed. I just want as many people as I possibly could to hear this story and just to pray.”

According to an update on the page, a car has also been donated to the family.

The criminal investigation is ongoing. Police have said the driver of the car that pulled in front of the Johns' truck may not face charges, since the crash was most likely an accident with no malicious intent.

You can find the GoFundMe page here.