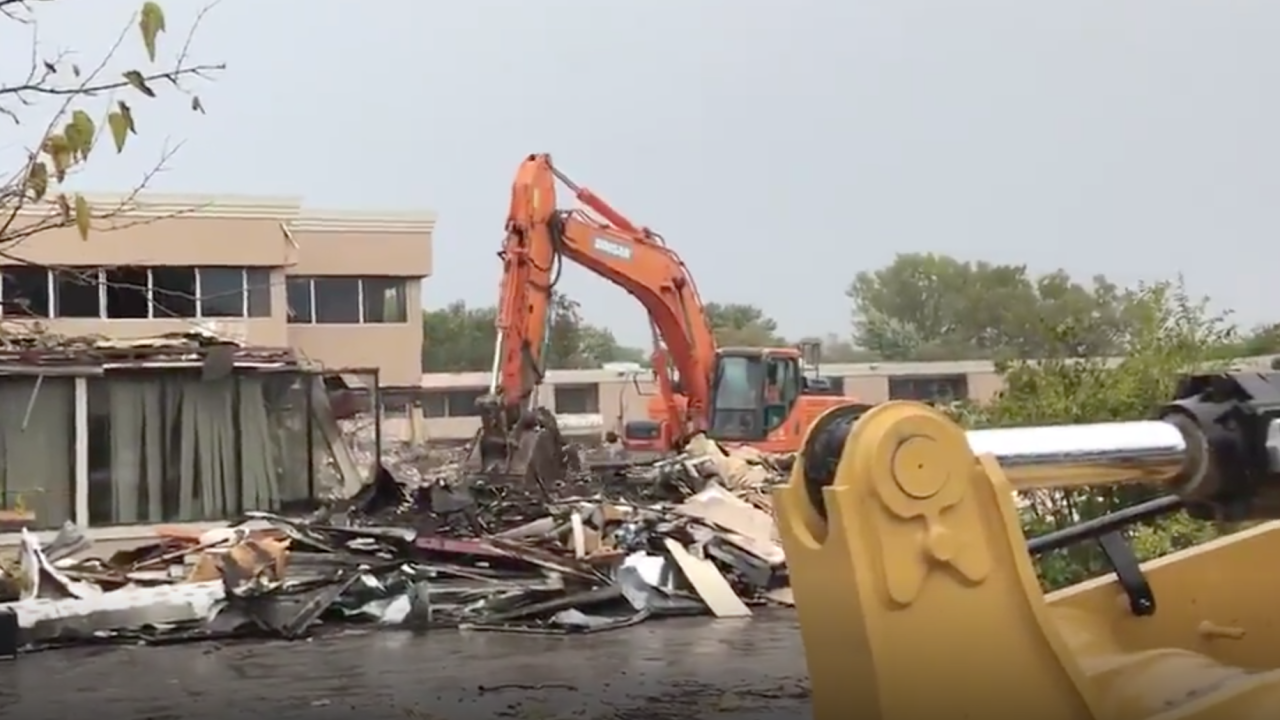 The property, considered to be a crime-ridden eyesore by many in the community, once housed two hotels but has sat vacant since late 2017. On Wednesday, the former Ramada Inn began to come down.

The former Ramada Hotel on Shawnee Mission Pkwy and Marty Ln is finally coming down after years of sitting vacant and considered an eyesore for the city and neighbors. @41actionnews #demolition #Shawneemissionpkwy pic.twitter.com/tPivoo2N9T

The project developer, Sky Real Estate, delayed the demolition of the buildings at least two times. Earlier this month, an attorney representing the company said the site presented challenges, including “significant levels” of asbestos inside the former Ramada Inn.

But on Monday, the Overland Park City Council approved a new deadline for the developer. Under the agreement, Sky Real Estate must tear down the two hotels by Nov. 30 and begin redevelopment work on the site by February 2020.

Initial plans for the space called for a $39 million development that included a hotel, office space and storage space. However, a Charlie’s Car Wash will now be built in place of the hotel, along with a storage facility and an office/retail building.

The developer will be required to maintain the future office/retail building as green space until it finds tenants for the building.

Some Overland Park residents have expressed disappointment with the change in plans.