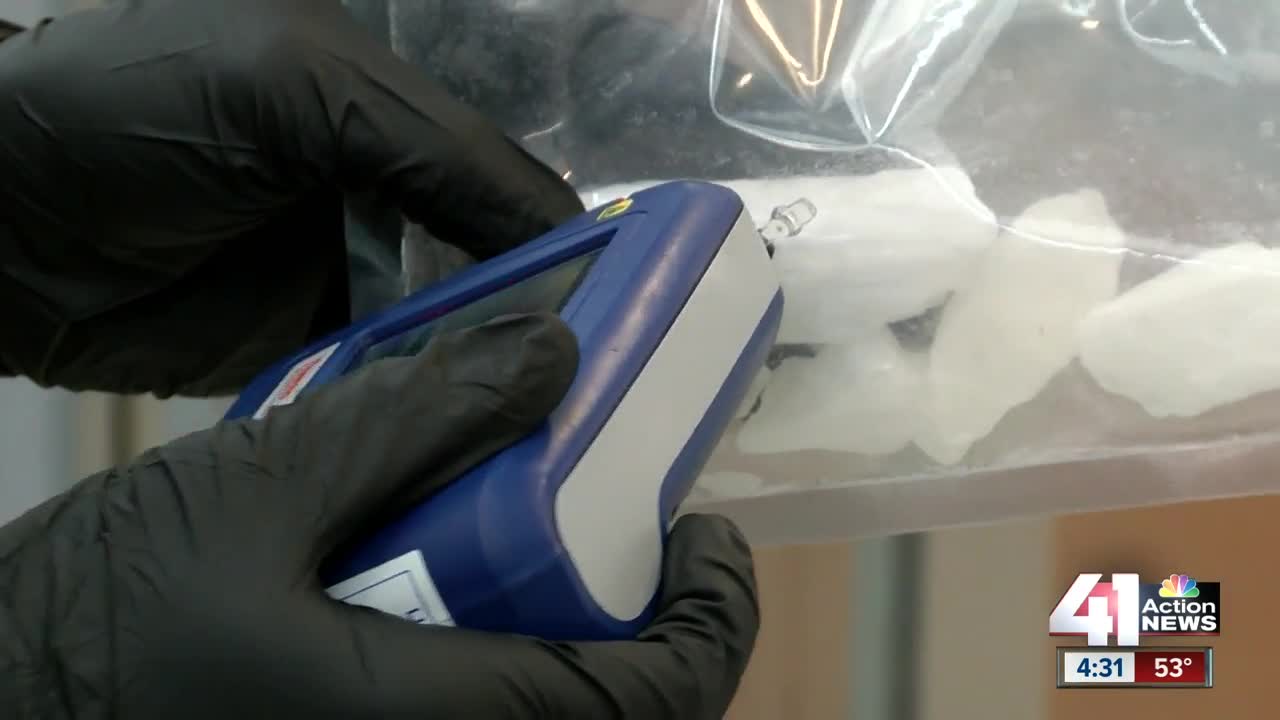 Officers in the Kansas City Police Department's Crime Scene and Drug Enforcement units are safer with the help of a relatively new piece of technology, a drug-testing device known as TruNarc. 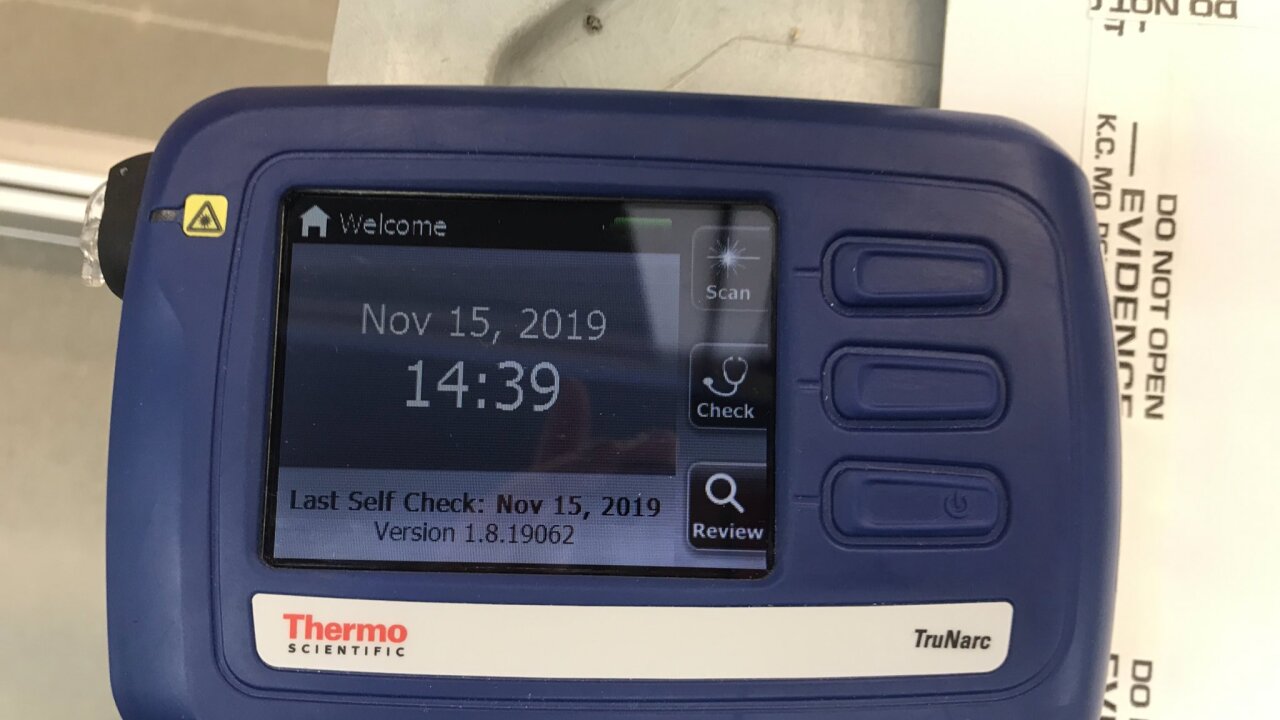 KANSAS CITY, Mo. — Officers in the Kansas City Police Department's Crime Scene and Drug Enforcement units are safer with the help of a relatively new piece of technology.

Every patrol division now has a drug-testing device known as TruNarc.

The handheld device allows officers to identify deadly drugs without touching them. The technology uses spectroscopy, which is the study of the absorption and emission of light and radiation. The device has a laser that shoots through packaging and tells the officers what drug is inside.

"The TruNarc allows the officers not to come into physical contact with the drug," Kennedy said. "They do not have to physically manipulate it, open the package, take it out, put it into the little packet."

Before the TruNarc, officers would have to put some of the drug into a packet that would show a chemical reaction.

"In the lab, it helps us have an idea of what we're working with instead of, 'Hey, this field test just turned this color, so it might be that,'" Kennedy said.

The device is specifically used for white rock, powder and crystal substances. It can identify 250 different types of drugs, cutting agents and precursors.

Rather than requiring lab results prior to cases being filed, prosecutors can file cases with a TruNarc presumptive test.