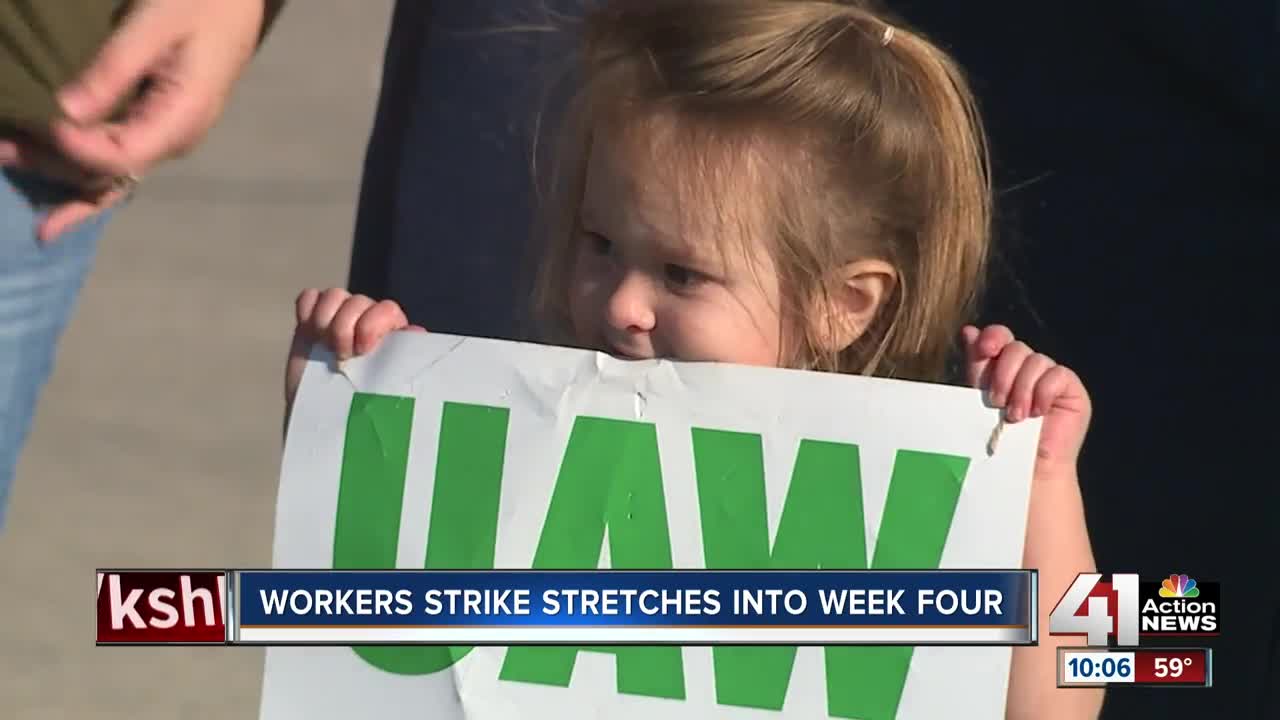 The pulpit came to the picket line Tuesday afternoon, as faith leaders voiced their commitment to stand with striking GM workers until union demands are met. 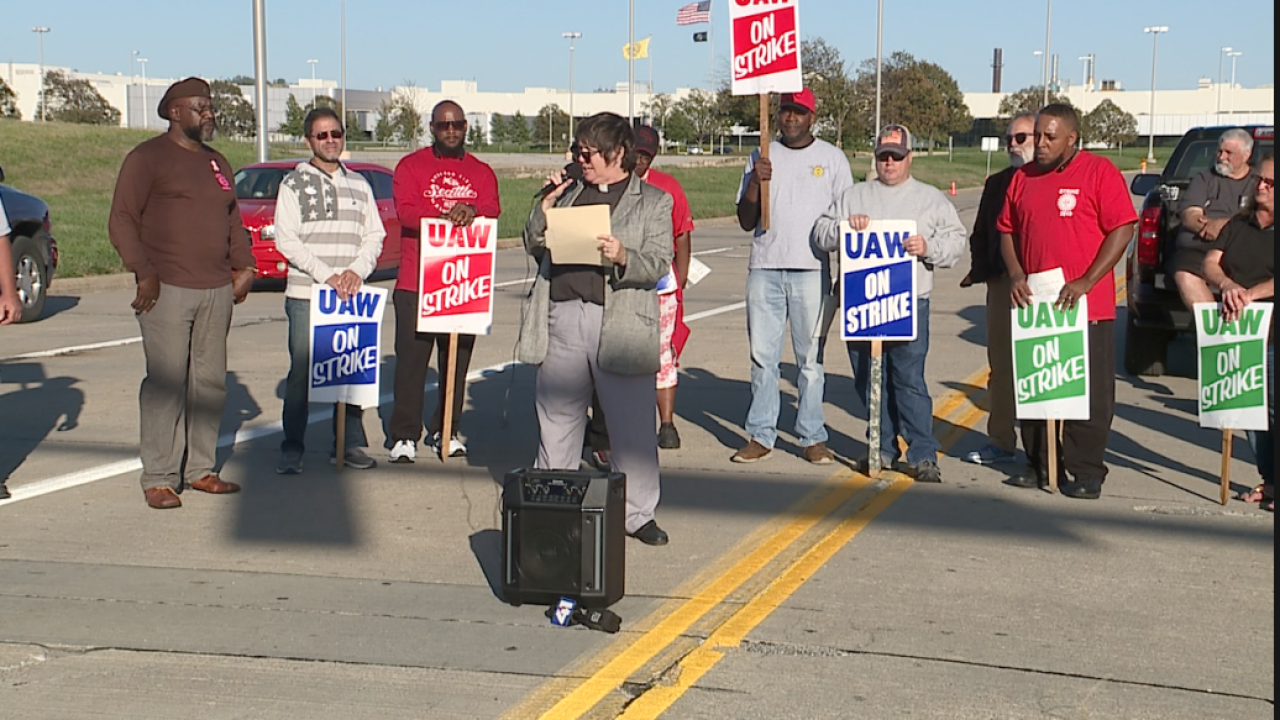 KANSAS CITY, Kan. — The pulpit came to the picket line Tuesday afternoon as faith leaders voiced a commitment to stand with striking workers from the General Motors Fairfax Assembly and Stamping Plant in Kansas City, Kansas, until union demands are met.

Pastors from three Kansas City area churches spoke with workers outside the plant's gates, where the protest rally for striking workers has entered its fourth week.

"What you are asking for, what you are demanding, is not unreasonable," Rev. Stephanie Swanson of Crossroads Church said. "It is fair, it is right and it is equitable."

The Associated Press reported Tuesday that negotiations hit another major snag with the union criticizing GM for a lack of commitment on building new vehicles in the U.S.

Meanwhile, industry analysts estimate the strike has cost GM the production of 165,000 cars and trucks.

With no end in sight, the losses will continue to climb on both sides.

Workers currently must scrape by on $250 per week in strike pay.

"Things are going to get tight," UAW Local 31 President Clarence Brown told the group. "They want us to fold, but fold we will not."

Faith leaders told workers they will stand in solidarity until the strike ends.

"The message to GM is that America is watching you," Rev. Dr. Rodney Williams of the NAACP said. "America sees how you've been treating your employees, and we want GM to know that we're not going to stop here. We're going to fight as long as we need to fight."