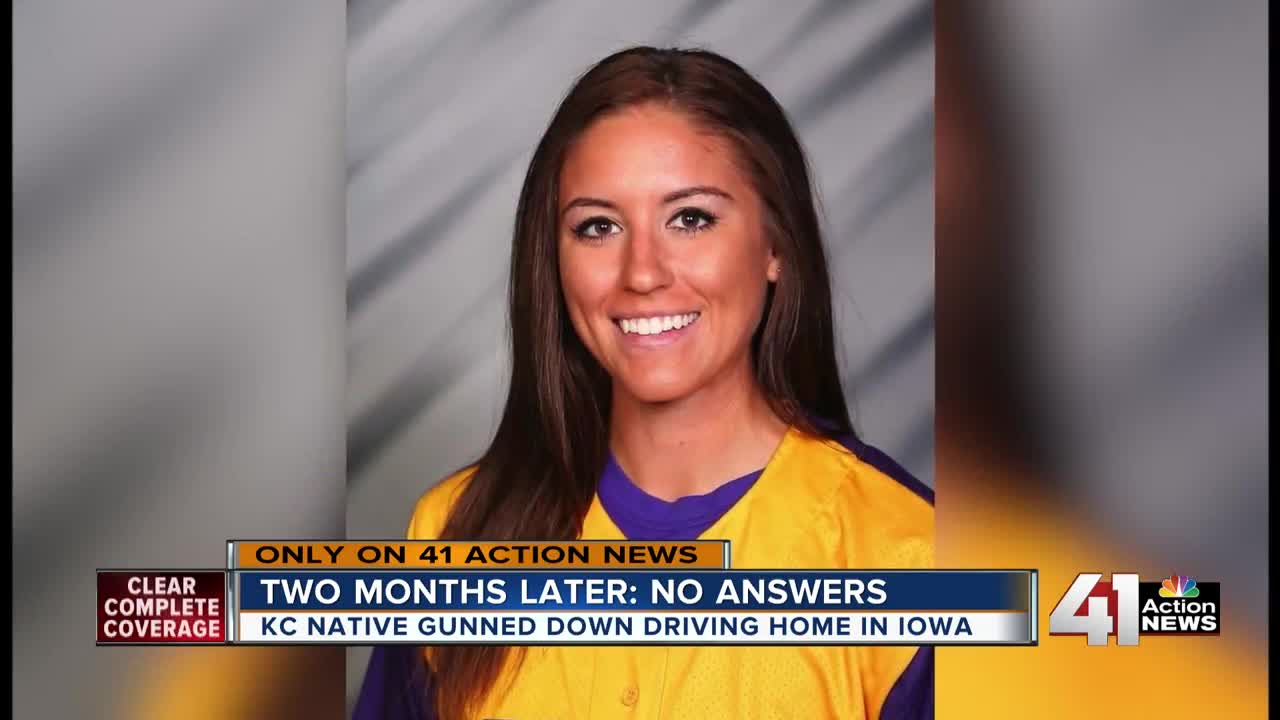 Two months after a stray bullet killed an all-star softball player, there are still no answers about who caused her death. 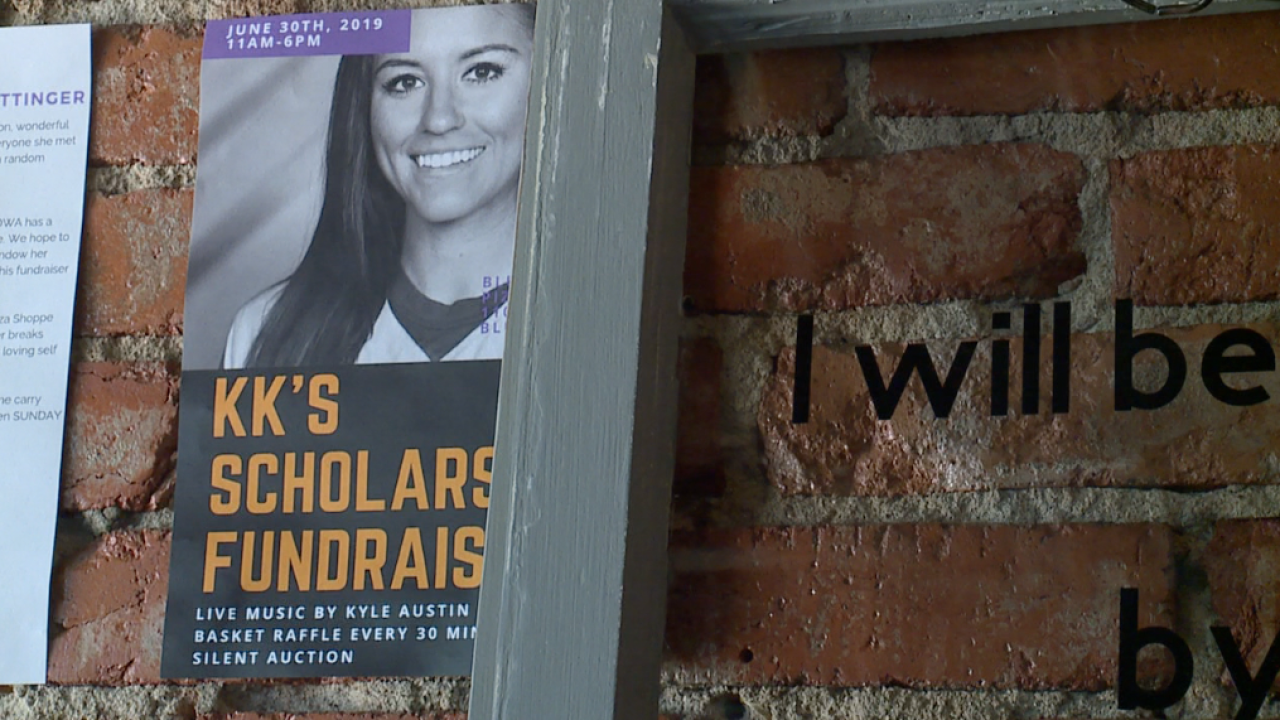 BLUE SPRINGS, Mo. — Two months have passed since 25-year-old Micalla "KK" Rettinger was fatally shot while driving home with her boyfriend and a coworker in Waterloo, Iowa.

Despite a $58,000 reward, the family still does not know who fired the bullet that claimed the softball star's life.

"The official word is there is no word," Dr. Steve Rettinger, Micalla's father said, "I haven't even gotten a death certificate yet."

Comfort is scarce, but Rettinger is able to find some through the outpouring of support and the memories he has of his daughter.

"Kelly, my wife, made a sort of shrine to Micalla on our hearth with pictures and mementos and things. That's helped," he said.

They believe another member of the family is also keeping watch. One week after Micalla died, the Rettingers' beloved rescue dog Charlie passed away.

"Charlie was a special dog. Micalla was a special girl, and I know they're up there together in a huge softball field in the sky having a blast," Kelly said.

It's through the sport KK loved that her legacy will continue. The family is raising money for the Micalla Rettinger Memorial Fund, which will benefit softball players at the University of Northern Iowa.

"She'll have a player that plays with the scholarship in her name every year," Dr. Rettinger said.

The Pizza Shoppe in Blue Springs hosted a fundraiser Sunday with proceeds from a silent auction and raffle baskets, plus 50 percent of sales going to the scholarship fund.

"There's been so many people that have come in the door today that don't know her, but they know somebody who loved her, or they just heard about the story," Lauren Eisenreich, the Pizza Shoppe Manager and a friend of KK's, said.

For an endowed scholarship at UNI, the threshold is $30,000. Rettinger said on Sunday they were close to meeting that goal.

Organizers told 41 Action News on Monday the event raised $5,340 was raised, which officially pushes the total over the endowment threshold.

He hopes to work with the softball coach to find a player each year who embodies his daughter.

"He knows what Micalla meant to this program, and he'll pick a player that gives the program the same things," Dr. Rettinger said, "Her heart, leadership, played harder than anybody ever saw."

You can donate to the scholarship fund online.