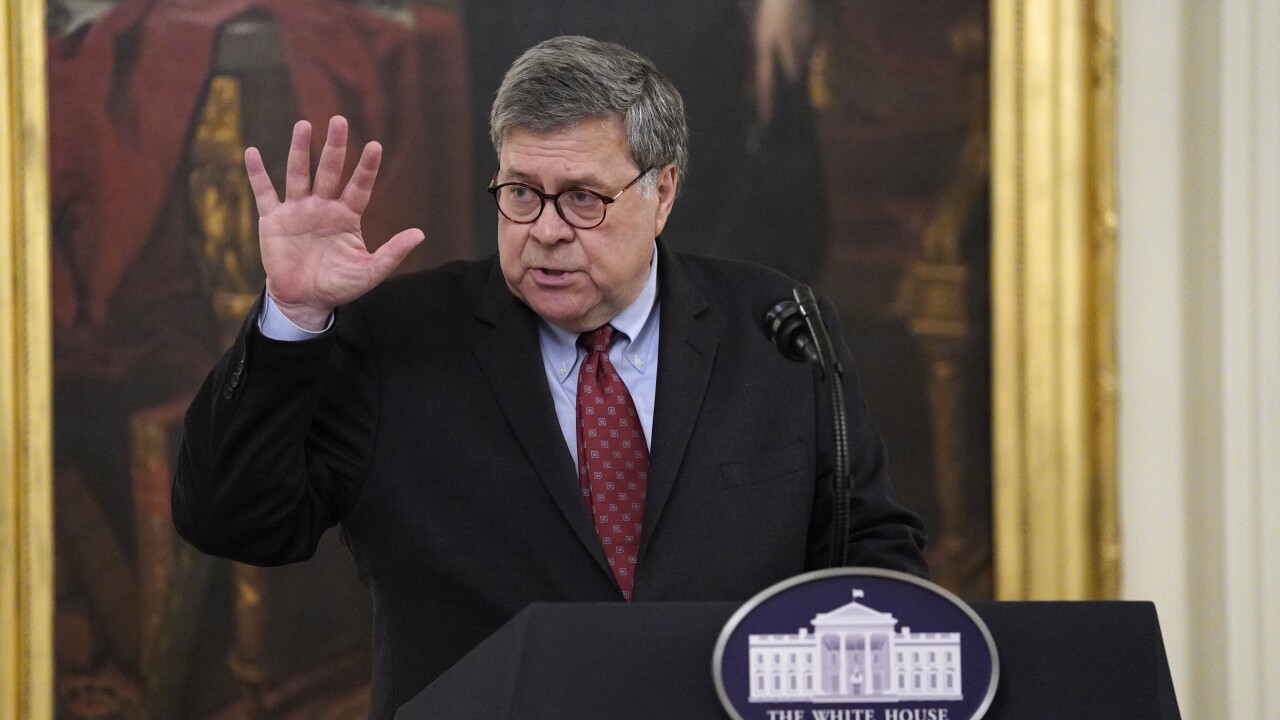 (Copyright 2020 The Associated Press. All rights reserved. This material may not be published, broadcast, rewritten or redistributed.)
Evan Vucci/AP
Attorney General William Barr speaks during an event on "Operation Legend: Combatting Violent Crime in American Cities," in the East Room of the White House, Wednesday, July 22, 2020, in Washington.

KANSAS CITY, Mo. — A spokesman for the U.S. Attorney’s Office for the Western District of Missouri confirmed Thursday that Attorney General William Barr misspoke about the number of arrests recently made in Kansas City during a press conference a day earlier to announce the expansion of Operation Legend.

President Trump announced that 225 federal agents would be deployed to Kansas City to help assist police in clearing a backlog of homicides and non-fatal shootings.

According to Kansas City, Missouri, police, there have been 107 homicides already this year in KCMO — which puts the city on pace to smash the record for most murders in a year, 153 in 1993.

So far, federal authorities have announced one arrest — a 20-year-old KCMO man wanted for warrants and allegedly spotted in a stolen vehicle, where two stolen handguns were found — though it has not been connected to a homicide or shooting investigation.

Public Affairs Officer Don Ledford told 41 Action News via email that Operation Relentless Pursuit, which started in December 2019 before being paused as the COVID-19 pandemic gripped the U.S., had resulted in around 200 arrests.

But federal authorities haven’t arrested anywhere near that number of people through Operation Legend, despite Barr’s claim Wednesday afternoon.

Authorities won't release the number of arrests made through Operation Legend, only the number of people subsequently charged with a crime, which is one person so far.

KCMO Mayor Quinton Lucas has pledged to work with federal authorities on Operation Legend as long as the scope of the initiative isn’t broadened as has been the case in Portland, Oregon, where federal law enforcement has actively worked to suppress ongoing Black Lives Matter protests.

Operation Legend is named for 4-year-old LeGend Taliferro, who was shot and killed as he slept in a KCMO apartment in late June.