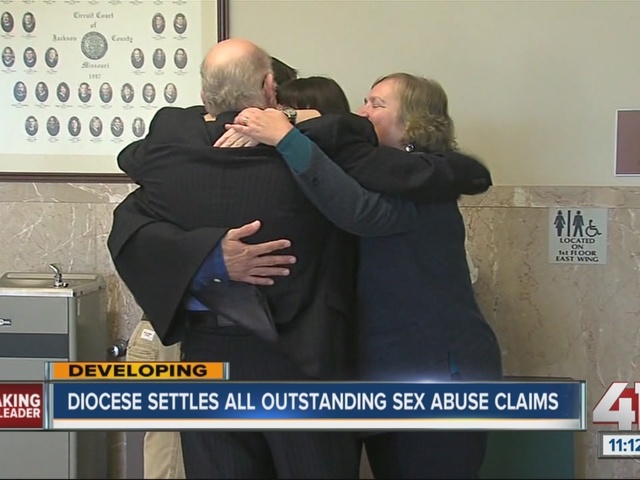 Victims of sexual abuse by members of the Kansas city Diocese are one step closer to receiving a settlement. 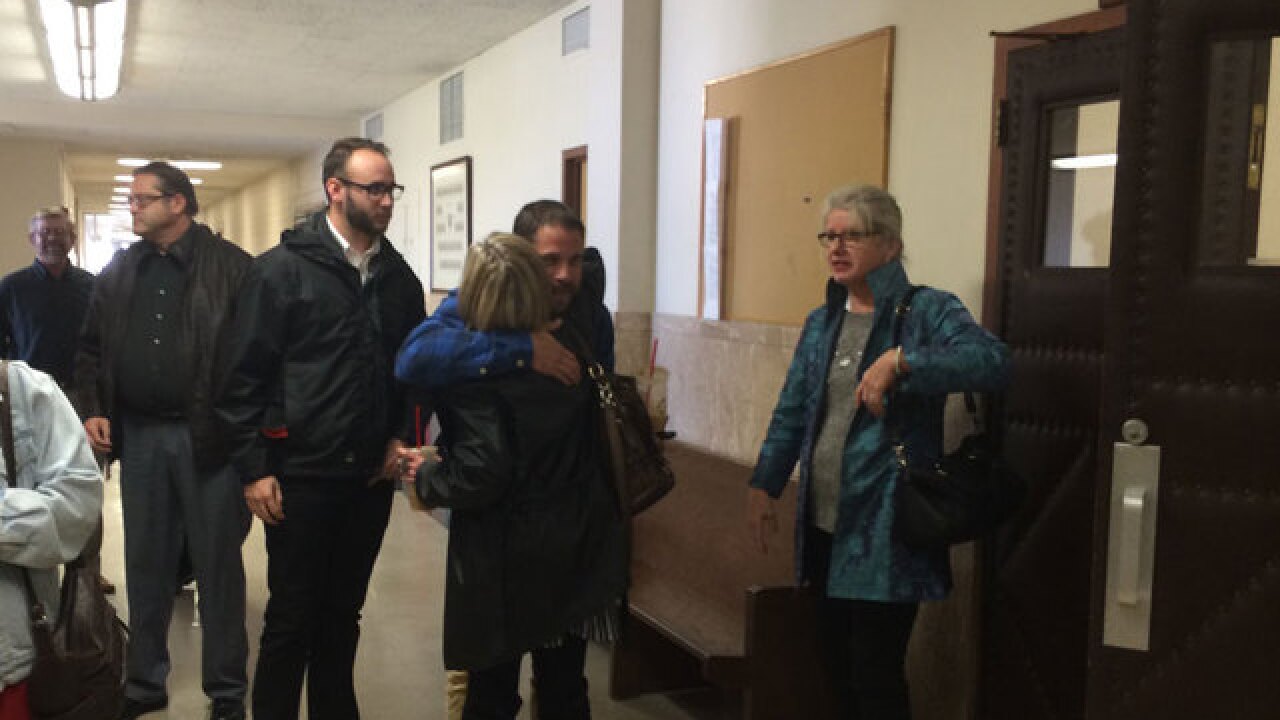 Victims of sexual abuse by members of the Kansas City Diocese are one step closer to receiving a settlement.

The lawyers and victims held their last hearing in the case Wednesday morning on the second floor of Jackson County courthouse in Independence.

On Tuesday, the Catholic Diocese of Kansas City-St. Joseph agreed to pay $9.95 million to settle 30 lawsuits that alleged sexual abuse by priests.

This comes after former altar boy Jon David Conzens filed a lawsuit in 2011, accusing Monsignor Thomas O'Brien of molesting him 30 years ago.

Conzens was pleased with the settlement, but the plaintiff's attorney Rebecca Randles said the decision is bittersweet.

"On the one hand, the settlement is wonderful. It will help a lot of these men," Randles said. "But on the other hand, there is just no amount of money that can adequately compensate the loss of innocence."

E. Michael Sandridge's case was among the 30 settled Tuesday. He claims he was abused at St. Elizabeth's Parish in the late 1970s.

He feels the settlement can't fix what has been done, but it can help what happens in the future.

"The damage: you know you can't go back 20 years," Sandridge said. "But from now on I think it helps a lot."

The settlement was reached after an 11-day trial. Attorneys for the victims say it's one of the toughest cases they've personally tried.

"When a priest violates a child, it's more than violating a child like a rapist,” attorney Rebecca Randles said. “This is God that's violating the child, so listening to these stories over and over again of how a priest has violated them is listening to how God is violating them and it absolutely shatters them."

In a statement, the church told 41 Action News Tuesday, "The diocese sincerely hopes that this settlement can bring about some closure to those hurt by abuse in the past."