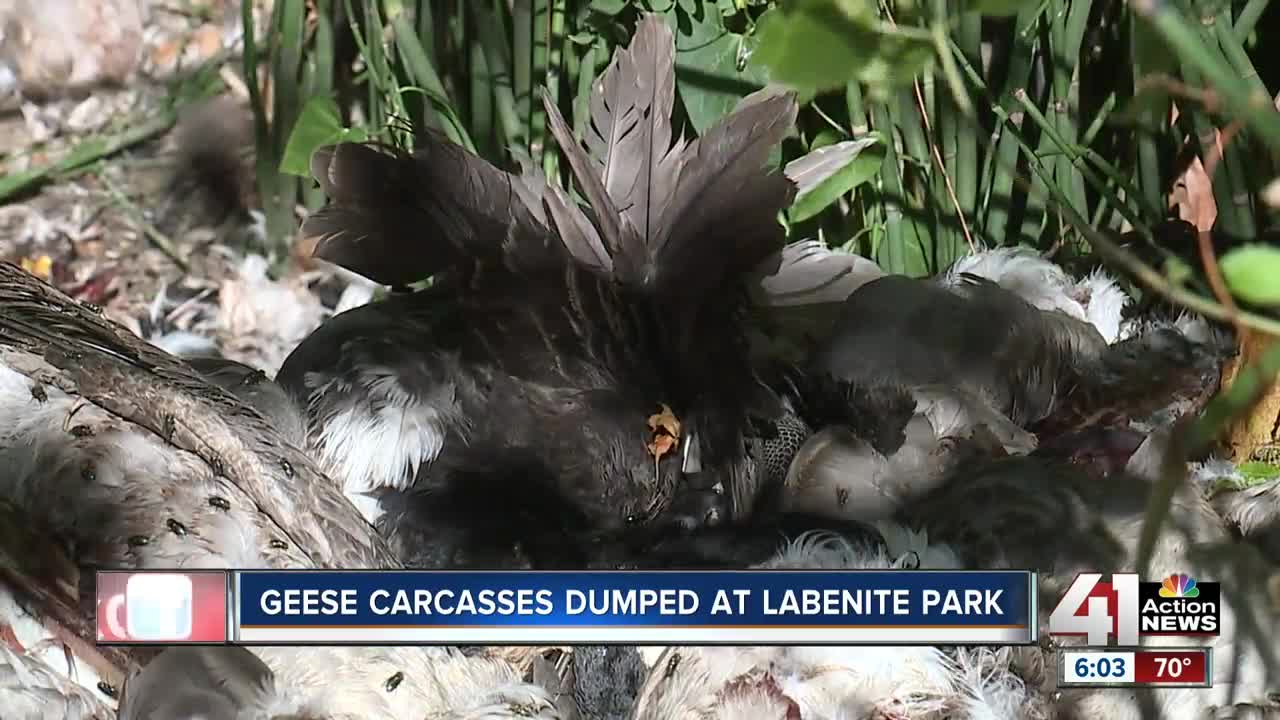 An Independence man was fishing along the Missouri River at LaBenite Park in Sugar Creek when he stumbled across a grotesque sight — nearly two dozens geese carcasses. 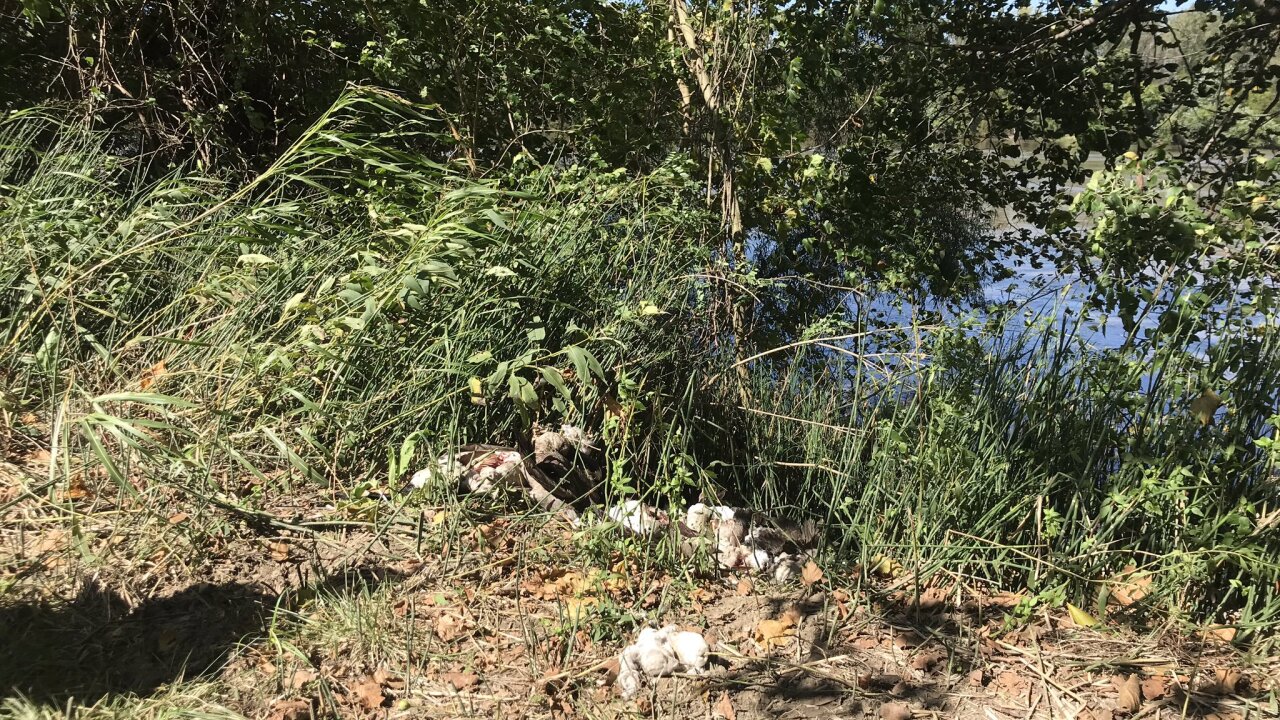 INDEPENDENCE, Mo. — An Independence man was fishing along the Missouri River at LaBenite Park in Sugar Creek when he stumbled across a grotesque sight.

Mike Persinger posted on Facebook that he discovered a pile of about 20 de-breasted goose carcasses.

Frequent fisherman Leon Bagley said the dumped carcasses are a disturbing sight for people in the area.

"That's not cool at all." Bagley said. "It's messed up, I don't know why people would do that."

Sugar Creek Police Chief Chris Soule said it appears the carcasses were thrown onto the river bank by someone or multiple people in a boat.

There is currently an early Canada Geese hunting season going on that started Oct. 5. and goes to Oct. 13.

The geese had been harvested and left behind.

Bill Graham with the Missouri Department of Conservation said it's illegal to dump wildlife carcasses after they have been harvested.

Graham said the proper way to dispose of wildlife carcasses is to put them in a trash bag and send them out with the trash.

Chief Soule said there's no need to do anything with the carcasses left behind at LaBenite Park.

"We'll just let them sit and let nature take its course on them," he said.

Anyone who saw anything suspicious or sees someone illegally dumping wildlife carcasses should call police.