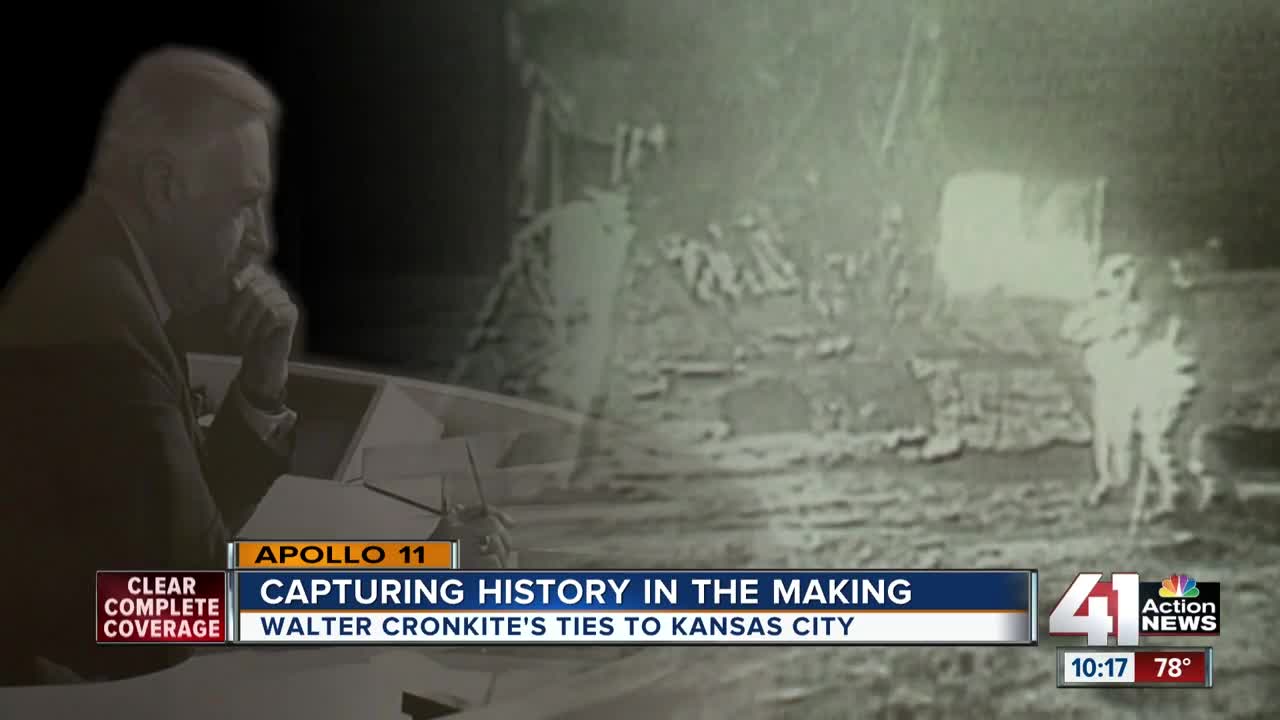 As America marks the 50th anniversary of the lunar landing, one of the journalists that helped narrate the moment in history hails from the Kansas City area. 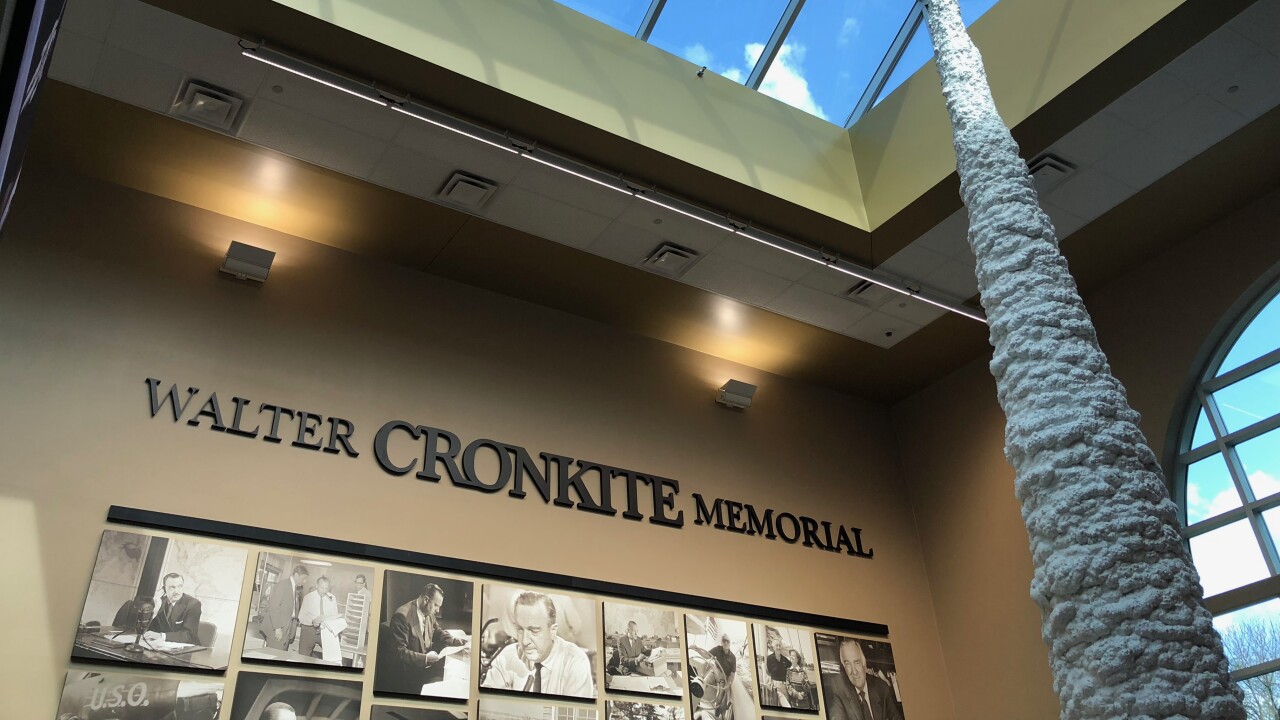 KANSAS CITY, Mo. — As America marks the 50th anniversary of the lunar landing, one of the journalists that helped narrate the moment in history hails from the Kansas City area.

Born in St. Joseph, Missouri, in 1916, Walter Cronkite's legendary journalism career is highlighted in the town of his birth at the Walter Cronkite Memorial on the campus of Missouri Western State University.

Walking into the space, you instantly realize Cronkite’s enthusiasm for space and the astronauts who ventured there.

“You could just feel his excitement on air,” Eric Fuson, an artist at the museum, said.

The artist and his team recreated the moment the mission launched in a sculpture that stretches to the glass ceiling.

“He was actually on air for over 17 hours straight, he was so excited about the moon landing,” Amanda Morrow, with the Walter Cronkite Memorial, said.

The memorial now has a special exhibit for the Apollo 11 anniversary. You can even see the Emmy Award Cronkite won for covering the moon landing, one of his many Emmy's on display.

“Walter had great stories about what my father taught him as a teenager,” she said. “His mother and Walter moved to Kansas City where her parents had a drug store.”

Cronkite moved away but came back, and at one point worked for KCMO-AM radio where he met his wife Betsy. He also came back decades later to help Barnes’ Mayoral campaign.

“It was really fun to have him come back and obviously he was a great attraction for fundraisers so I took every opportunity I could to get him back here. He loved it,” she said. “One time he said to me, probably in the 70s, we were riding in the back seat of a taxi and he said, ‘You know, I would really love to be in the U.S. Senate, but I really don’t want to go through a campaign' and I said to him, ‘Even Walter Cronkite has to go through a campaign.'"

Barnes remembers that Cronkite prepared vigorously for his stories and interviews.

“I remember sitting in his kitchen at the table the night before he was going to Washington to cover the Watergate hearings. He had a very thick notebook with pages of each member of Congress and all of the details and he was studying like crazy,” she said.

And when it comes to the moon landing, it is what he didn’t say that she remembers too.

“He was comfortable in not only expressing what he felt in the moment, also letting it quote ‘hang there’ for everybody else to attach their feelings.”